So yesterday I had my semi-annual appointment with my cardiologist.  He is one of three physicians I keep on payroll (one for my diabetes, one for my eyes and one for my heart) in case I need them.  I have their cell phone numbers programmed into my phone.

I first met this doctor about eight years ago.  He has a very German  name and has the look of the S.S.  When he opens his mouth however out comes a thick Irish accent.  Seems his parents got out of Germany after the war and never looked back.  He grew up in Dublin.

While I was getting my blood pressure checked by his young female assistant we began talking about the kids going back to school soon.  She wasn’t happy with her local elementary school.

She had gotten a call last semester from the Principal; seems her daughter was talking – during lunch in the cafeteria!  Apparently talking is not allowed.

I laughed and commented that today’s public schools are like little prisons teaching the kids nothing except how to obey rules.  No talking in cafeteria during lunch!

Later this child will learn  how to compete, to kiss up, to cheat, to mistrust others, to seek status, to buy status, to bully, to lie, to conform.  She will graduate wanting nothing more than to be “popular”, to be “famous” and to buy shit.  She will never read the Iliad or Red Badge of Courage and won’t be able to find Greece on a map.  Her handwriting will be illegible.

This old guy went to school in days of yore; a real school – not a one room schoolhouse.  I went to high school at Lafayette – once one of the crown jewels of public education in New York.

I was 16 years old when I graduated in 1959; I skipped the 8th grade entirely ‘cause I was a smart ass dork.

Lafayette High was located in the working class area of Bath Beach and the school’s students consisted of children of Italian immigrants and children of Jewish immigrants, many of whom escaped the Holocaust.  Our parents valued education and the kids wanted to learn – well most of them did anyway.

When you left Lafayette you were fully prepared for college if that is what you wanted.  Sure, lots of Italian kids left school and took jobs on the docks but most didn’t.  Graduation rates were high and the teachers genuinely cared about the kids.  They were teachers who actually majored in and mastered the subject that they taught; they didn’t major in “education”.  They were respected – indeed many were loved by the kids.  Lafayette taught you how to live, how to think, how to be a well rounded man or woman.

We received what I can only describe as a “classical” education, which included sports, arts and music.  I could play a mean string bass when I left high school besides the fact that I could write two coherent paragraphs, my handwriting was legible and could locate Greece on a map.  I read the Iliad and The Red Badge of Courage.

Ever watch “Glee?”.  We had “Sing” before it was popular.  Each class had to put on a musical annually – each class had a night.

What kind of kids did we have at Lafayette? 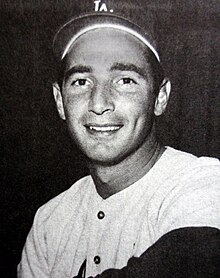 Well some 21 of them went on to be major league baseball players – including the incomparable Sandy Koufax.  I would see him pitch in Ebbitts Field before the Dodgers moved to Los Angeles.  Ken Aspromonte and his brother Bob were  also  Lafayette alumi. 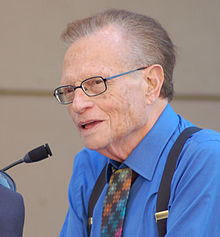 Larry King went to our school as did Vic Damone, the singer.  Michael Lerner the actress and Peter Max the artist.  Rhea Perlman and Paul Sorvino.  Freddie Wilpon, who pitched with Koufax on the school baseball team, saved his pennies and bought the New York Mets.  Maurice Sendak wrote children’s books.  Jerry Della Femina and Larry Merchant.  Look ’em up and read of their accomplishments.  And of course that internet sensation, toritto!

With a list of alumni like that one would think of a posh private academy;  nope.  This was public education in Brooklyn.  And Lafayette was not the only jewel – there was Jefferson, Madison, Lincoln, Bay Ridge, Fort Hamilton, Erasmus Hall.

For those of us who had no money for college (there were no student loans then, thank goodness) there was free university.  FREE!  The City University of New York was not open enrollment but it was free if you qualified.  I had to do two semesters with a “B” average in order to matriculate.  It gave you a first class education, sans football teams, for nothing.  Paid for by the good people of New York City.  You graduated not owing a bank before you got your first good job.   I was the first college graduate in my family.

Within a mile of where I live a new charter school has opened it’s doors – “Classical Prep”.  It’s curriculum is like it’s name – a well rounded education to teach your child how to think for themselves.  It is free – and there is a waiting list a mile long.  People around here are putting their infant’s name on the list.  No one here thinks the public schools are worth a damn

Also new here in Florida is on-line school – a varied curriculum from which to pick and choose for the “home schooled”.  Your kid can skip the bullying and bullshit and learn at your kitchen table with a professionally developed educational program – live and on line.  It too is free.

I was going to go to my fiftieth reunion back in 2009; there were over 300 people there.  I broke my wrist the day before and had to skip it.

Two years later Lafayette was closed for good – a “low performing” school over run by gangs and crime.

I was born during year four of the reign of Emperor Tiberius Claudius on the outskirts of the empire in Brooklyn. I married my high school sweetheart, the girl I took to the prom and we were together for forty years until her passing in 2004. We had four kids together and buried two together. I had a successful career in Corporate America (never got rich but made a living) and traveled the world. I am currently retired in the Tampa Bay metro area and live alone. One of my daughters is close by and one within a morning’s drive. They call their pops everyday. I try to write poetry (not very well), and about family. Occasionally I will try a historical piece relating to politics. :-)
View all posts by toritto →
This entry was posted in Uncategorized and tagged "schooling", 1959, alumni, Brooklyn, City University, classical education, Classical Prep, education, free public education, Lafayette High, Larry King, on line education, Sandy Koufax. Bookmark the permalink.