The “Red Years” and the Murder of Matteotti

A re-post from a year and a half ago 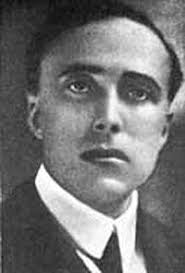 Italy was at war – the First World War. By 1918 Italy had been at war for more than three  grueling years.  By the end of the war, Italy would suffer 800,000 casualties sand get nothing for her sacrifice at Versailles.  Not only had the working class suffered years of slaughter and death but the workers in the factories were also subject to military discipline.

By 1918 real wages of Italian workers were only 75% of pre-war levels.

In the FIAT factories in Turin a 70 hour workweek was mandatory with most workers required to work 75. A worker couldn’t quit his job. Between January and October 1918 some 19,000 workers were sentenced to hard labor (as if working in the factory wasn’t hard enough!) for the “crime” of quitting or insubordination.

With war’s end the Italian working classes, ignited by the spark of the Russian Revolution began fighting back culminating in the events of 1919 – 1920; the “Red Years”.

Workers went on the offensive trying to make up for the years of wartime deprivation. Strikes and land occupations took place all over the country; several towns declared support for the “dictatorship of the proletariat” and began flying the red flag. The increase in class consciousness  lead to a massive increase in membership in the Italian Socialist Party (PSI) and its affiliated trade union movement, the General Confederation of Labor (CGL).

While the Italian Socialists had been a major party in the Second International, the outbreak of war splintered the group as various socialist parties supported their own government’s war efforts – in effect supporting the ruling princes and abandoning the workers.

The Italian Socialists however did not support the war – drumming out those who did. Benito Mussolini was one of the first to go. The Italian Socialist Party however was far from being communist  – It supported “peace without annexation” and would neither “support nor sabotage” the war effort.

While radical workers in its ranks could cause it to utter the most inflammatory slogans, when push came to shove the Socialist Party  leadership never lead the way – always falling behind the workers.

In September 1918 at a conference of the party in Rome, the center “electionists” (who believed that socialism could come via the ballot box) took a dramatic shift to the left declaring the workers must seize political and economic power by force. The following month in Bologna the conference declared support for the Russian Revolution and the beginning of a revolutionary period which “must lead to the violent overthrow of bourgeois-capitalist rule and to the conquest of economic and political power by the proletariat” and set itself the task of creating workers and peasants councils as “instruments for armed struggle”.

The conference accepted the necessity of the Dictatorship of the Proletariat during the transition from cap­italism to socialism and agreed to affiliate wtih the Comintern – the Communist International.

The depth of revolutionary feeling in the working class was demonstrated in the Nov. 1919 elections which were fought by the Socialists on this new program. This open call for revolution and proletarian dictatorship won 1.8 million votes (32% of the electorate) making the Socialists the largest party in the Italian parliament with 156 deputies in the 508 seat house. A few months later the Socialists won control of over half the municipal authorities in Italy including the Milan, Bologna and Turin town councils.

A third grouping developed which considered itself truly communist, opposing all participation in the government and supporting the expulsion of the electionist socialists, declaring “The Italian Party is not a real communist party; it is not even a revolutionary party”.

The center of worker organization was in Turin at the Fiat factories. Workers set up Internal Commissions to represent worker interests – these commissions were recognized initially by Fiat management but in 1920 Fiat, Olivetti and the Italian confederation of Industry (CGI) attempted to crush the worker commissions arguing “there can only be one boss at a plant!”.

The leadership of the Socialists did little to support the workers or oppose the CGI in its effort to crush worker organizations. Half a million workers went out on strike while the Socialist leadership called for “party discipline” – i.e. listening to its leaders.  With the worker sell-out the CGI was free to act.

A demoralized working class now faced a growing fascist movement – gangs of unemployed returning soldiers who felt betrayed by the Socialists for not supporting the war – now some 300,000 strong by the end of 1921 funded and armed by the industrialists. They looted, they burned, they smash up meetings, and they killed scores of workers, seemingly without consequence. The Socialists,  locked in its reformist perspective retreated from organizing and arming the workers to defend their organizations. They preferred to appeal to Parliament and outside to sections of the bourgeoisie and its state to “control the fascists.”

“The party carried on agitation in favor of the Soviet power, in favor of the hammer and sickle, in favor of Soviet Russia etc The Italian working class en masse took this seriously and entered the road of open revolutionary struggle.

But precisely at the moment when the party should have drawn all the practical and political conclusions from its own agitation it became scared of its responsibility and shied away, leaving the rear of the proletariat unprotected. The working masses were left exposed to the blows of the fascist gangs.” (Trotsky, Speech at a General Party membership meeting of the Moscow Organisation 1921).

By 1923 Mussolini’s fascists would brazenly murder the head of the Italian Socialist Party, Giacomo Matteotti after his rousing, impassioned speech openly defying the fascists in the Chamber of Deputies.  As he was leaving the house chamber he said to his colleagues “Now you can prepare for my funeral!”.

Matteotti stood in the way of fascist dictatorship.  His words, his pen, his activities were a daily reproach to tyranny.  He had no fear of the Fascisti; the fascists were afraid of him.    He had a way of enraging Mussolini.

So they killed him.

Five men were arrested for his murder, three were convicted and then released under amnesty granted by the King.  Socialists were after all, anti-monarchist.

Mussolini would speak to the nation in  January 1924 virtually admitting responsibility as Duce of the Fascist Party and daring the nation to put him on trial.  His threat was civil war between the fascists and the army.  “Italy wants peace and quiet.  Work and calm.  I will give these things with love if possible; with force if necessary.”   The King again did nothing.  The speech  is considered the beginning of the dictatorship.

I was born during year four of the reign of Emperor Tiberius Claudius on the outskirts of the empire in Brooklyn. I married my high school sweetheart, the girl I took to the prom and we were together for forty years until her passing in 2004. We had four kids together and buried two together. I had a successful career in Corporate America (never got rich but made a living) and traveled the world. I am currently retired in the Tampa Bay metro area and live alone. One of my daughters is close by and one within a morning’s drive. They call their pops everyday. I try to write poetry (not very well), and about family. Occasionally I will try a historical piece relating to politics. :-)
View all posts by toritto →
This entry was posted in Uncategorized and tagged 1920s, communists, fascists, Fiat, history, industrialists, Italian Confederation of Industry, Italy, Lenin, Matteotti, murder, Mussolini, Olivetti, red years, socialists, Soviet Union, Trotsky, world war I. Bookmark the permalink.

2 Responses to The “Red Years” and the Murder of Matteotti