A couple of years after the birth of Marie he received a call from a New York colleague who had recently accepted a senior position with one of the largest gold trading banks in the world headquartered in Rhode Island.  He spoke of two fine organizations supported by local school districts for severely disabled children.  He invited me up to explore the position and the availability of services for Michael.

All I had to do was to move into a selected school district.   He would be picked up each day, receive therapy and care, fed lunch and then brought home. around 4 PM.   It would mean freeing up JoAnn each day.  We took Michael to Rhode Island for evaluation.  One of the organizations would take him.

We took the position, sold our house and moved to Rhode Island

And then it happened again.  Again, without plan. Another pregnancy.

This time she seriously thought about terminating; they talked it over and inevitably came her question to him: “What do you want to do?”

“It doesn’t matter what I want.  You are the one having the baby.”

“It does matter.  We ‘ve had three children and only one normal one.  Maybe we shouldn’t press our luck”.

“You know I will love you no matter what you decide.”

Again, she was carrying a girl. Everything seemed ok but they were still sick with worry.

They made an appointment to terminate.

When he came home early afternoon to take her to the appointment she embraced him for several moments.   She had changed her mind.  She had a choice. She made it.  We would face whatever was coming together.  I believe if she was having a boy she would not have risked it.

“Are you sure? If we cancel and then try to make another appointment you will have to go through lots of counseling. Are you sure?”

“I’m sure; but I’m having a tubal ligation after this one!”

She was relieved we had a choice.  And she made the choice.  It was always hers to make.  She chose whatever was coming herself.  No government bureaucrat who wouldn’t have to face our future made the choice for us.

It was the afternoon of June 3rd, 1979 when she had her first pains. It was her 34th birthday and would have been Danny’s birthday. He would have been six  years old that day.

“You’ll have it when you have it!”

And so she stayed still on the couch as the pains increased in intensity and frequency.

“Please please let me take you to the hospital!!  I’ll need a derrick to get you out to the car if you wait much longer!!!!”

Finally she agreed it was time and when they got to the hospital she was rushed straight to delivery. He went to the men’s lounge as usual.

Within 45 minutes came the announcement over a speaker : “You have a daughter!”  The guys in the waiting room thought it unfair.  “Hey, you just got here!”

It was June 4th when Pam came into the world.  Her mother simply would not have her new daughter on June 3rd.

For a number of years they had three children in diapers but Marie and Pam grew out of them and life became easier. Michael attended the school for the profoundly disabled each day.

He never spoke a word. Never said “mommy”. He never looked at us. He never moved on his own from wherever he was placed.  He was carried everywhere.

He was included in all of the family adventures and his sisters, aunts and uncles loved him, accepted him as he was and forgot about the prognosis although there was nothing but worry as to what was going to happen to him when they were gone.

And one beautiful morning in February 1985 when they least expected it, he simply woke up and died in his father’s arms. He was almost ten years old.

His father swore it was the first time Michael ever smiled at him.

He was fifty years old when the bank he was with was sold and he lost his senior job. Through his networking efforts his old secretary at the “don’t leave home without it” company got hold of his resume and within days he was in New York for an interview. The old-timers still remembered him.

The job offer as a Managing Director came quickly and they had to decide where to live in the metropolitan area. They decided to return to Middletown / Lincroft, scene of their first “dream” house all those years before. 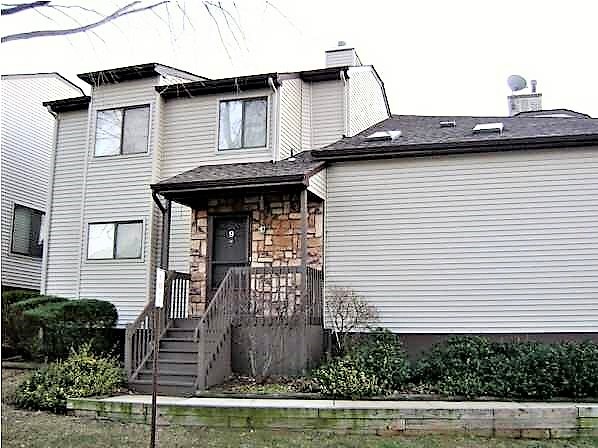 While he was looking for a home, he took time to visit the grave of his first born, Daniel Jason. It was raining slightly as he sat under the tree, near the stone. It had been twenty years and here he was – living in the same town and working for the same company.  What had been accomplished?  His tears fell with the rain.

Little could he know that his daughters would love this town, would graduate from fine high schools and attend Rutgers College and Monmouth University, grow up to be strong, vibrant compassionate women and that their mother would carry all the pride in them of a woman who never went to college.

He couldn’t know that the DPT vaccine of the 1970s would be changed in the mid-90s, moving from live doses to fragments because of the number of Michaels in the U.S and Britain although no one ever admitted the connection.

And he couldn’t know, as the girls grew into self-reliant young women, that he and she would rediscover travel without the kids, have fun again, go to casinos and Broadway shows and that the coming decade would be the happiest and most rewarding of his entire life.

We hadn’t thought about testing during her pregnancies with Daniel or Michael. Today extensive testing is available.

So let me ask you.

If you were a young couple, happy and doing well and found out all this was coming your way, what would you do?

You can blow off the question if you’ve walked ten years in her shoes.

You should be free to make your choice and answer to your own god yourself.

But you no longer can.  Some government official will make it for you or charge you or your doctor with a crime.

No. They had no sons.

But they had everything they needed. 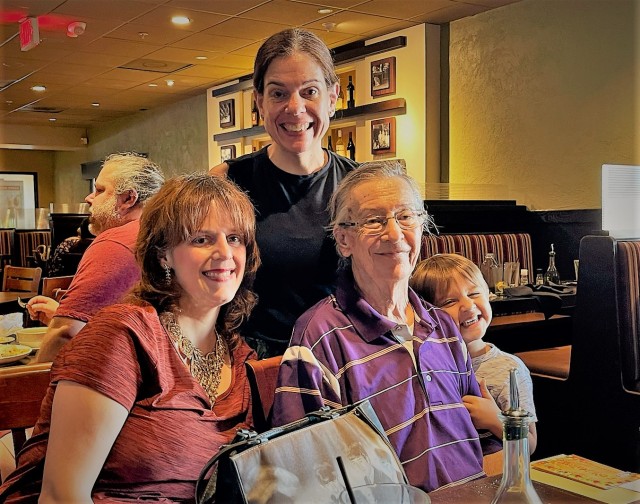