Country Before Party – A Tale from History – From the Archives 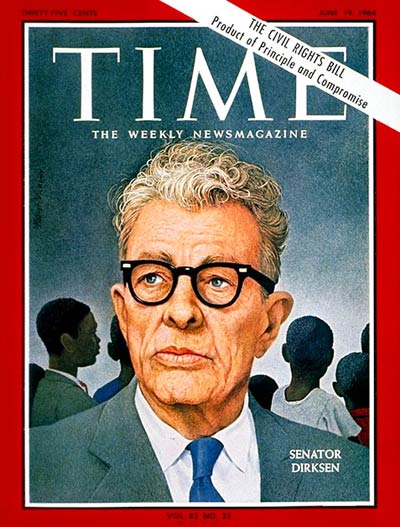 It is the Spring of 1964, Lyndon Banes Johnson is President and 22 year old Toritto is in the Army.  LBJ had become President on November 22, 1963 with the assassination of John F. Kennedy.

Johnson was a Democrat – but Johnson was a southern Democrat and the south was still gripped by segregation in public spaces as it had been for a hundred years.  Johnson inherited JFK’s unfinished business,

Kennedy had submitted a civil rights bill to Congress before his death; a bill which would end the practice of separate but equal in public places all over America.  No longer would separate waiting rooms in bus stations or white only water fountains be tolerated.

The nation teetered on the edge of a racial divide in the 1960s.  Frustrated by decades of second class treatment, African Americans were losing patience with their country’s legal and political institutions and turning to direct action to secure their rights.  Only 12,000 of three million African American students attended integrated schools in the South.  Life expectancy was more than 7 years lower than for whites and infant mortality was twice as great.  An African American couldn’t sit at a lunch counter, stay a white’s only motels.

“At long last, the White House and Congress awakened to the need to strength civil rights law. Beginning in June 1963, first Presidents John F. Kenney and then Lyndon Johnson cajoled and threatened Congress into action. The House of Representatives passed a bill, known as H.R. 7152, in early 1964 and sent it to the Senate on February 17 where the real battle would take place. Senate rules had allowed southerners in the past to mount filibusters, effectively killing nearly all civil rights legislation. Passage depended on getting the Senate to vote for cloture, a procedure to end debate and bring a bill to a vote. Cloture required the votes of two-thirds of the Senate. Democrats numbered 67, exactly two-thirds of the one hundred-member Senate. But 21 of the 67 came from southern states. This so-called “southern bloc” would oppose the measure vigorously and lead the filibuster. The White House and the Senate Democrats needed support from at least 22 of the Senate’s 33 Republicans.”

Lyndon Johnson, leader of the Democrats, was unable to  count on his own party to pass the Civil Rights bill.  By supporting it’s passage he had alienated the southern bloc, his natural base of support.  In the north many Democrats looked upon him as a place keeper; after all he had not won the Presidency on his own but was only sitting at the desk in the Oval Office due to a national tragedy.

And so Lyndon Johnson turned to the Minority Leader of the Republicans, Everett Dirksen.

The real battle was waiting in the Senate where concerns focused on the bill’s expansion of federal powers and its potential to anger constituents who might retaliate in the voting booth. Opponents launched the longest filibuster in American history, which lasted 57 days and brought the Senate to a virtual standstill.

“From the beginning, the pro-civil rights forces knew that Dirksen was the key to achieving cloture. When the Senate received the House-passed bill, Majority Leader Mike Mansfield (D-MT) issued the challenge. “We hope in vain,” he said, “if we hope that this issue can be put over safely to another tomorrow, to be dealt with by another generation of senators. The time is now. The crossroads is here in the Senate.” He then turned to face Dirksen. “I appeal to the distinguished minority leader whose patriotism has always taken precedence over his partisanship, to join with me, and I know he will, in finding the Senate’s best contribution at this time to the resolution of this grave national issue.”

“The senator from Illinois replied: “I trust that the time will never come in my political career when the waters of partisanship will flow so swift and so deep as to obscure my estimate of the national interest. . . . I trust I can disenthrall myself from all bias, from all prejudice, from all irrelevancies, from all immaterial matters, and see clearly and cleanly what the issue is and then render an independent judgment.”

Dirksen, the wily, hard working Republican leader of the Minority has to use all his personal charm, legendry knowledge of Senate rules and finely honed political instincts to convince enough Republicans to vote for cloture to ensure the bill’s passage and overcome the opposition of Southern Democrats.  He was asked to deliver Republican votes to help a Democratic President who could not bring enough votes from his own party to seal the deal.  All this in a year of general election.

On June 10, 1964 Senator Dirksen, the leader of the Republicans rose to speak for cloture on the Senate floor.  Cloture had only been approved once since 1927 and never for a civil rights bill.

“Dirksen arose at 5:00 a.m. on that Wednesday, and, after a light breakfast, went out to his garden to clip some long-stemmed roses to take to the office. Leaving his farm in Virginia shortly after 8:00 in his chauffeur-driven limousine, Dirksen arrived at the Senate just as Robert C. Byrd (D-WV) was completing his marathon address of 14 hours and 13 minutes, the longest speech in the entire debate. It ended at 9:51 a.m, just nine minutes before the Senate was scheduled to convene for the pivotal vote on cloture.

Dirksen had the last word. In poor health, drained from working fourteen, fifteen, and sixteen-hour days, his words came quietly. Twice he gulped pills handed him by a Senate page. In his massive left hand, he held a 12-page speech he had typed the night before on Senate stationery . “I have had but one purpose,” Dirksen intoned, “and that was the enactment of a good, workable, equitable, practical bill having due regard for the progress made in the civil rights field at the state and local level.

He warned his colleagues that “we dare not temporize with the issue which is before us. It is essentially moral in character. It must be resolved. It will not go away. It’s time has come.” He quoted Victor Hugo, the historian and French philosopher who, on the night he died, entered these words in his diary: “stronger than all the armies is an idea whose time has come.” Dirksen declared, “The time has come for equality of opportunity in sharing of government, in education, and in employment. It must not be stayed or denied. It is here!” His last words were these: “I appeal to all Senators. We are confronted with a moral issue. Today let us not be found wanting in whatever it takes by way of moral and spiritual substance to face up to the issue and to vote cloture.”

The Senate chamber was filled beyond capacity. Senators sat at their desks.  Former Senators, House members and other guests filled the standing room only space at the rear of the chamber.  The visitors gallery was packed with spectators  Outside throngs more were interspersed with cameras, lights and television reporters, all waiting and straining to see a piece of history.

And so the speeches over, the voting began.

California Senator Clair Engel was brought into the chamber in his wheel chair, his ability to speak having been taken from him by a brain tumor.  When the secretary reached “Mr. Engle,” there was no response.  Instead, the dying Engle slowly lifted an unsteady hand and three times pointed to his eye, signifying his affirmative vote. Few who witnessed this poignant gesture ever forgot it.

When it was all over cloture had been achieved.  With six wavering senators providing a four-vote margin of victory, the final tally stood at 71 to 29—27 Republicans and 44 Democrats joined forces to support cloture. They were opposed by nay votes from six Republicans and 21 Democrats. The Senate’s civil rights proponents had achieved a remarkable victory.

Everett Dirksen had been in a  dilemma. It was a presidential election year and, as one historian commented, Dirksen was asked “to deliver Republican votes in support of a Democratic president who could not bring along enough of his own party to seal the deal.” As the long civil rights debate unfolded, it did so with the backdrop of presidential primaries. The last thing the Senate’s Republican leader should be doing, many argued, was to provide the Democratic administration with a major legislative victory, but Dirksen, a proud Republican from the Land of Lincoln, was determined to preserve the Republican legacy inherited from the Great Emancipator.

Barry Goldwater voted against cloture and the civil rights bill.  He would be nominated by the Republicans and would be buried in the election by Lyndon Johnson.  The popular vote was 61% – 39%; the largest margin of victory since 1820.

Everett Dirksen, a small government conservative, put his love of his country above his love of the party.  He did what he thought, what he knew was right – an idea whose time had come.

“ When asked by a reporter why he had taken the lead, Dirksen replied, “I come of immigrant German stock. My mother stood on Ellis Island as a child of 17, with a tag around her neck directing that she be sent to Pekin, Illinois. Our family had opportunities in Illinois, and the essence of what we’re trying to do in the civil rights bill is to see that others have opportunities in this country.”“

Where are the likes of Dirksen when you need them?