My young wife of 22 (we would be married4 years that December) took the day off from work so that we could celebrate.  I came home around noon that day after receiving my DD-214 honorable discharge papers and after taking off the uniform for the final time we sat down to a nice lunch and wine in our new home we had moved into several months before.

We had a lot to celebrate. I had missed Vietnam.  I had a job with my former employer. We were young, in love, and the future for us looked bright indeed.  It was one of those  moments of perfection one can fondly look back on 50 years later. We had done everything right.

I had served four years and we were separated for almost two of them.  She too gave four years of her life to the nation.  We toasted our good luck and our good fortune.

We disposed of all of my uniforms save for my field jacket which still hangs in my closet (and still fits!) and the letters we wrote to each other which she wrapped in ribbon and placed lovingly in my duffel bag.  It is still in my garage.

She gave me a gift that day –  an Omega automatic dress watch I would wear daily over the rest of my working life until I retired in 2004 and she passed away shortly thereafter.  I am having the watch refurbished by the Omega folks and I expect it back tomorrow on the 50th anniversary of receiving it.  I wrote about it not too long ago here:

On Thanksgiving 1967 I sat with my bride and family celebrating the holiday while hundreds died on a hill outside Dak To; a hill of no strategic importance which was immediately given up after it was captured in heavy fighting.  She and I would spend 36 more years together, have four children, bury two through good an tragic times. 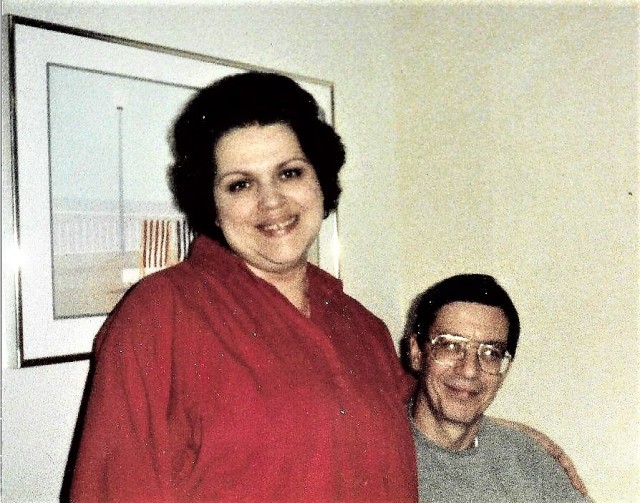 It was a time when many were not proud of their service.  Vietnam would rage for years and over 52,000 would die there.  I had come to the conclusion that the war was a mistake which brought that ominous feeling inside that young men were dying for a lost cause.  Tet, just 2 months after mydischarge, would put a stamp on it.

Besides back then just about every poorer young man served.  It didn’t seem like anything special to me.  My family had fought in every war since World War I.  I wasn’t doing anything special.  A stint in the military was part of growing up.

Why did I enlist?  Well I was a high school graduate working in a bank for over four years and not making enough money to live on my own.  I was 21 and was still largely supported by my father and living at home,  He had an 8th grade education and was getting to that point in his life when he couldn’t do unskilled construction work anymore.  I needed to lessen his burden.

When I enlisted I looked upon my service as a job and was pretty determined to be a good soldier.  I was going to do my duty for God and Country.

I had a girl at the time and we knew we were going to marry eventually.  She had just turned 18 so there was no hurry.  I went into the army 3 days before President Kennedy was murdered.  By Christmas she and I decided not to wait.  She married Private Toritto.

Six months later I was on the horn of Africa and we were separated for 18 months.  Thus the letters now in the garage.

After I returned from deployment in Africa I was sent to Texas to get ready for Vietnam.  I never went.

A month after my arrival in Texas mom died at age 43; my father was ill and my brother was already in the war zone.  My father bitched and I was reassigned close to home three months later.

My job for the remainder of my time was  arranging notifications to next of kin of army soldiers from New York State killed in Vietnam.  Getting the bodies shipped home. Arranging funerals. completing paper work.  Presenting medals.  It was soul deadening duty.

My daughters were in their late teens when they found out daddy had been in the Army – “YOU were a soldier daddy?”  Shock and awe.

By the time they were teenagers the draft had long been repealed.  They didn’t know any boys going into the army; didn’t have any girlfriends whose steadies were leaving; didn’t have any cousins in service.  The military was for other people; the military was for those who volunteered.  All of their friends were going to college and planning careers.

It seemed strange at first when commenters on this blog or others would thank me for my service.  I never thought I deserved thanks.  I joined up because I needed to support myself and end my reliance on my family which was on the lower rungs of the economic ladder.  Why thank me for that?  Young men are still joining up for the same reason.  West Virginia had the highest per capital casualty rate in the nation during Vietnam.  I’m sure you are not surprised.

Looking back I have acquired a quiet pride in my service over the years.  I did as I was ordered, I went where I was sent.  I lived for almost 24 months without my new bride and we gave the nation four years of our lives.  She suffered too.  I did my best to be a good soldier and did nothing of which I am or my country should be  ashamed.

I was there to comfort families who made the ultimate sacrifice; to carry out their wishes. And for them I moved heaven and earth. It is they who deserve the thanks of a grateful nation.

Not me.  I always viewed my service as the price of citizenship.

On the day I was discharged President Lyndon Johnson announced  that, “while much remains to be done, we are inflicting greater losses than we’re taking…We are making progress.”  Several days later General Westmoreland announced that before America got involved “The Viet Cong was winning.  Now they are losing!”

The population of the United States reached 200 million two days later.  Today there are more than 3 people walking around for every two I saw then.

In January 1968 would come the Tet Offensive and the announcement by Senator Eugene McCarthy that he would challenge the President in the Democratic primaries. And I watched the Packers beat the Raiders in Super Bowl II on my father in law’s new color television.

Today I started packing for a trip to the Florida east coast next week to spend Thanksgiving with my daughters and their in-laws.  As I looked at the washing/drying instruction tag on some knitted shirts I want to take with me I saw another tag:

I was born during year four of the reign of Emperor Tiberius Claudius on the outskirts of the empire in Brooklyn. I married my high school sweetheart, the girl I took to the prom and we were together for forty years until her passing in 2004. We had four kids together and buried two together. I had a successful career in Corporate America (never got rich but made a living) and traveled the world. I am currently retired in the Tampa Bay metro area and live alone. One of my daughters is close by and one within a morning’s drive. They call their pops everyday. I try to write poetry (not very well), and about family. Occasionally I will try a historical piece relating to politics. :-)
View all posts by toritto →
This entry was posted in family, Uncategorized. Bookmark the permalink.