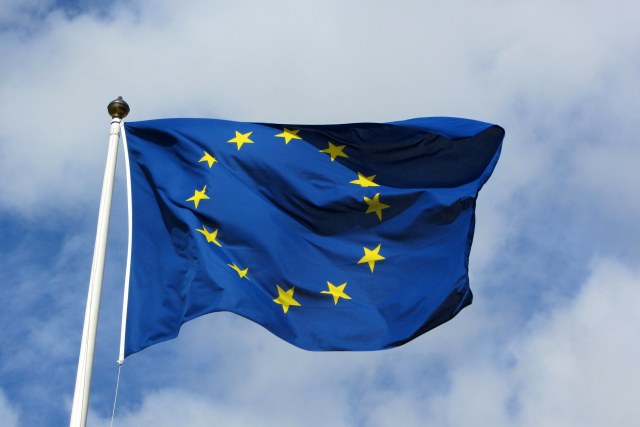 Last week the UK voted to leave the European Union; well actually England outside of London voted to leave as did Wales.  London, Scotland and Northern Ireland voted to stay.  Now comes the hangover from the drunken deliriousness – the morning after.  It’s kind of like waking up married in Las Vegas to a woman you met last night.  The vote may precipitate the break-up of the United Kingdom.

I received some interesting comments concerning Brexit on my post last week. You can see them here:

The comments show the divide on the issue. Here in the U.S. supporters of Donald Trump have taken heart from the vote.  The “people” here have likewise given the political elites  (at least the Republican elites) a punch in the nose.  Notwithstanding, Hillary Clinton currently holds a double digit lead in the most recent polls.

You remember that Europe don’t you?  Too young are you?  Well I remember it.

When I was a kid and would not eat my vegetables my mother would say “Eat your carrots!  Children in Europe are starving!”  And indeed they were.

The Europe before the E.U. gave us not one, but two devastating conflagrations resulting in the deaths of hundreds of millions.  It was the Europe of hyper-nationalism and chauvinism.

Europe learned nothing after the First World War; the initial reparation demanded under the Versailles Treaty was equivalent to over $850 billion in current dollars.  When Germany couldn’t pay, the French and Belgians marched into the Ruhr, beat German workers and took Germany’s coal leaving millions of Germans with no heat in winter. It was the beginning of the march to World War II and the resurgence of German nationalism.

In 1945 Europe was in ruins.  a heap of ashes from London to Stalingrad.  Soviet style governments ruled from East Germany to the borders of the USSR.   Millions were displaced wandering the roads.  Toritto was three years old and grew up during the Cold War.

In Britain the era of the empire was over.  India, Kenya, Uganda went their way.  The end came after the Suez War and the raising of the Egyptian flag over the canal.  The UK cultivated it’s “special relationship” with America and the Commonwealth nations.

France seemed to have learned nothing particularly under the leadership of Charles De Gaulle   The French thought they could pick up right where they left off in 1939.  There was the brutal Algerian war and the war against Ho Chi Minh in Vietnam, both of which the French lost.  French West Africa gained independence.  Meanwhile De Gaulle built his “force de frappe” nuclear force, testing atomic bombs in the open air of the South Pacific.

All of this while Western Europe continued independent only under the umbrella of American nuclear power, living on the  Marshall Plan.  It all seemed so unsettling.  France, Britain, Germany, the Italian pretender and a slew of nations, all speaking different languages; the lesser ones all with a diva’s sense of their own self importance.  It was a breeding ground for hyper-nationalism.  And with hyper-nationalism come economic walls, ethnic and racial hatred.

Italians are considered nice people; a nation of art, culture and music.  Home of the Renaissance.  In their hyper-nationalism, they bombed and gassed Ethiopian tribesmen on horseback armed with spears.  Put tens of thousands of Libyans in concentration camps.  Considered Slovenes to be “yokels;”  Albanians needed a firm Italian hand to guide them into the league of civilized nations.   Italy passed race laws similar to Germany’s which is laughable considering the place of Italians on the Northern European racial ladder.

Germany scapegoated the Jews.   They wore different clothes, wore their hair funny, spoke a strange language, a different religion, were clannish, did business only among themselves, lived apart.  Soon they were all rich with lots of money stashed in their houses, stole from Gentiles and sacrificed Christian babies during Passover.  They were the Christ killers.   I heard that term regularly among Italians when I was young.  And above all, they weren’t German.  Today the Roma suffer the stereotypes.  This is not to say America wasn’t as racist as anyone at the time.  We were.

I never thought I would see genocide again in Europe but during the Balkan Wars there it was again along with the now familiar ethnic cleansing.  Serbs and Croats killing eachother while most Western European and American observers are unable to recognize a dime’s worth of difference between them other than two different branches of mainstream Christianity.

I don’t think anyone, other than those on the far-right of their country’s political spectrum want to return to the Europe of the 1930s or before the E.U.  That is not to say only rightists voted “leave.”  Many feel, as many do here, that the political elites of the major parties are completely out of touch with the working man.  That they are trapped in a system rigged against them; that “austerity” only allows the moneyed classes to increase their share of the pie. That “growth” has not benefitted the vast majority of the population.  That no one is listen,ing to their concerns.  That anarcho-capitalism does not allow for a viable, secure middle class.  It is the remains of Thatcherism.

While these folks voted “leave,” rest assured the rightists did the same but for different reasons – “sovereignty” and “immigration.”

The idea of a federated economically and politically integrated Europe, building a “European” identity, was meant to ensure democracy and counter the resurgence of hyper-nationalism.   With statements such as Winston Churchill’s 1946 call for a “United States of Europe” becoming louder, the Council of Europe was established in 1949 as the first pan-European organisation. In the year following, on 9 May 1950, the French Foreign Minister Robert Schuman proposed a community to integrate the coal and steel industries of Europe – these being the two elements necessary to make weapons of war.

It’s been a long struggle getting to where we are today, a common currency in the Euro-zone, a common defense in NATO, free movements of goods and people all of which was designed to replace the Europe of the first 50 years of the last century.

No one wants to do away with it completely except neo-fascists and national chauvinists.  Yet it is these folks who have taken heart with the “leave” vote.  Even secessionists in Texas have woken up!

Federation and integration requires compromise.  If a vote on secession were to  be held in our southern states or Texas I’m sure it would be close.  Lots of folks here don’t like taking orders from Washington or paying more in taxes than the states individually get back.  Subsidizing some poorer state.  And why should a state like Wyoming get two Senators –  same as California.  Compromise is the reason.

If the UK leaves let us hope we have not started on the path to the old days.

A couple of French pols showed their latent chauvinism yesterday.

Their first comment and  recommendation after the Brexit vote was that English be dropped as an EU official language.

I was born during year four of the reign of Emperor Tiberius Claudius on the outskirts of the empire in Brooklyn. I married my high school sweetheart, the girl I took to the prom and we were together for forty years until her passing in 2004. We had four kids together and buried two together. I had a successful career in Corporate America (never got rich but made a living) and traveled the world. I am currently retired in the Tampa Bay metro area and live alone. One of my daughters is close by and one within a morning’s drive. They call their pops everyday. I try to write poetry (not very well), and about family. Occasionally I will try a historical piece relating to politics. :-)
View all posts by toritto →
This entry was posted in history and tagged brexit, building walls, current events, eu, history, old europe. Bookmark the permalink.