A Night Without Air Conditioning 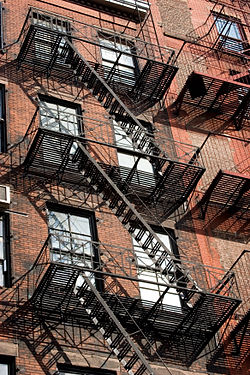 Last Wednesday evening while watching the news I noticed I felt warm.

Now everyone in Florida lives with air conditioning. Well not everyone. There are the few who claim to love the heat and humidity and those too poor to afford it.  It wasn’t that long ago that many houses in central and south Florida had no heating or air conditioning – kind of like living outside.  But I believe it is safe to say that the entire deep South would still be in the pre-industrial age if it wasn’t for the invention of A. C.

Well, in any case I felt warm. I am not considered an A. C. manic by those who know me.  I have friends and relatives who are not comfortable unless icicles are hanging from their noses.  I keep my A. C. on 79 degrees so it is usually around 80 in my house.  When it is 95 and humid outside and 79 and dry in the house I am comfortable. Matter of fact I am chilly if it goes down to say 7o outside with no humidity in the air.  I put on long sleeves.

I felt warm so I checked the thermostat. Sho ‘nuff the A.C. was not working. After I checked the circuit breakers it was time to call air conditioning man.

“Want us to come tonight?”  Emergency service for desperate souls.

“Nah. I can wait ‘till tomorrow”

Now it’s mid-nineties outside and humid. The house is heating up fast and I am committed to spending a warm sticky night.

Made myself a microwave dinner (no sense adding more heat!) and sat out in the lanai as the sun disappeared.  It was still warm but getting bearable.

Opening up to the lanai (a screened patio for you non-Floridians) are triple sliding glass doors.  I decided to sleep on my recliner near the doors with the glass doors open rather than in the bedroom.  Practically sleeping outside.

Sitting with a Macanudo Ascot I remembered my youth when nobody had air conditioning. The best you could do was a fan. Well off folks had window fans.  We never had one of those.

I thought about those sweltering nights in our Brooklyn apartment sleeping in my underwear sweating buckets from the heat and hormones.  Sleeping on the fire escape – something country kids could never experience.  Sleeping on the roof.  Reminds one of old rock and roll songs.

Sleeping with your girl rolled in sweat – hers and yours. Sleeping naked next to the fan.

Wednesday night I relived my youth.

I slept in my underwear on a recliner near the open doors in the total darkness.

Once I was young, slim and strong and looked good sleeping in boy shorts.

No more; but hey there was no one here to see the old man in his underwear.

The night breeze wafted over me and the night sounds of the Florida critters filled the air.  It’s been a long time since I listened to the music of the night.  I thought of the long ago fire escapes and sweaty beds.

Next day air conditioning man came at ten and fixed the unit.

Part of the price of living in the South.

I was born during year four of the reign of Emperor Tiberius Claudius on the outskirts of the empire in Brooklyn. I married my high school sweetheart, the girl I took to the prom and we were together for forty years until her passing in 2004. We had four kids together and buried two together. I had a successful career in Corporate America (never got rich but made a living) and traveled the world. I am currently retired in the Tampa Bay metro area and live alone. One of my daughters is close by and one within a morning’s drive. They call their pops everyday. I try to write poetry (not very well), and about family. Occasionally I will try a historical piece relating to politics. :-)
View all posts by toritto →
This entry was posted in family and tagged childhood, fan, fire escapes, Florida night, hot nights, humid, life in the tenements, life without air conditioning, no air conditioning, sleeping in sweat, sweat, up on the roof. Bookmark the permalink.

11 Responses to A Night Without Air Conditioning