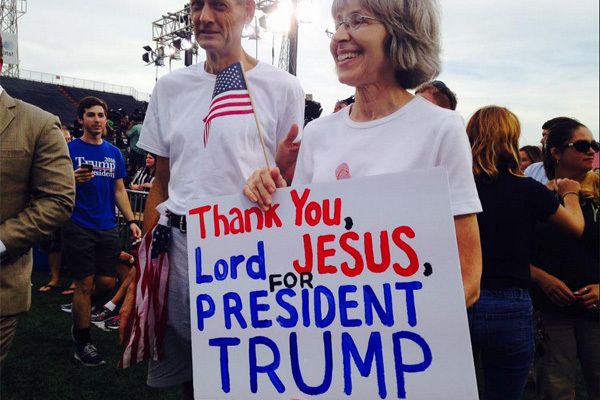 Its been rather fun to watch the rotting of evangelical churches in America.

Back in the Clinton years I recall genuine “shock and horror” among the faithful when Ken Starr exposed a young woman for giving the Prez a BJ in the WH.   It brought on an immediate impeachment.  Newt and preachers all over the bible belt walked about with that holier-than-thou attitude.

Turned out of course that Newt was an adulterer as well.  Tsk tsk

And it turns out all these years later that the Southern Baptist Convention, largest evangelical group of Baptist churches in the U.S., has been hiding a list of sexual predators in its vaults, allowing them to move from church-to-church mentoring to the flock.

Since the huffery of the faithful over Bill Clinton. the holy rollers have given their money and support to Donald “grab ;em by the pussy” Trump – also a serial adulterer and all- around slug.  The evangelicals have come a long way baby.

The SBC is dying on the vine, a result or its continued move to the right theologically, politically, and socially. Racism, misogyny, white supremacism, and Christian nationalism are common among Southern Baptists — the largest Evangelical sect in the United States and thousands of other evangelical churches,

In 2016, 72 percent of evangelicals reported that immoral leaders could still govern ethically, which was validated when 81 percent of white evangelicals who voted in 2020 cast their ballot for Donald Trump. They were happy to shelve their morality in order to justify electing a thrice-married, casino mogul who bragged about grabbing women by the pussy and rarely went to church ― but yeah, thank you Jesus.

“The enthusiastic, uncritical embrace of President Trump by white evangelicals is among the most mind-blowing developments of the Trump era. How can a group that for decades—and especially during the Bill Clinton presidency—insisted that character counts and that personal integrity is an essential component of presidential leadership not only turn a blind eye to the ethical and moral transgressions of Donald Trump, but also constantly defend him? Why are those who have been on the vanguard of “family values” so eager to give a man with a sordid personal and sexual history a mulligan?”

Part of the answer is their belief that they are engaged in an existential struggle against a wicked enemy—not Russia, not North Korea, not Iran, but rather American liberals and the left.  Like Jerry Falwell Jr. (President of Liberty University, one of the largest Christian universities in the world) once said – “The liberal fascist Dems are playing for keeps.’

“Evangelicals, through their love for immoral men, have nonchalantly jettisoned the ethics of Jesus and embraced might makes right, the strong should rule the weak, justice has no intrinsic worth and moral values are socially constructed.”

It’s OK to prey if you pray.  The predators are always seeking forgiveness after they’re caught.

I wrote about Herschel Walker recently, candidate for the U.S. Senate from Georgia.  Totally opposed to abortion in any and all circumstances.  Rails constantly about absentee fathers.  Fathered four children with four different women, one of whom was his wife.  Paid for an abortion for one of his women.  Denied the whole thing.  Don’t know this woman. She revealed herself, showed the bill and his check along with the requisite feel better card.   He knew her.  She already had one of his four children.

He lies like a rug.  He’s a serial adulterer.   He has four kids, 3 of whom he never mentioned.  He is opposed to all abortion under any circumstances, then paid for one.

And he is as dumb as a rock.   No matter.  He’s not a liberal.  The faithful will vote for him.  Newt supports him.  One adulterer to another.

Then there is Ray Moore of Alabama.  This long time Christian pol has been accused 3 times of sexual assault, two of which are from women who were 14 and 15 at the time.  There are a total of 30 credible allegations against this pig.  Years ago he refused to remove the Ten Commandments monument from the Alabama state capital when ordered to do so by the Supreme Court.

Fast forward nearly 20 years since Clinton, with four women and 30 sources confirming allegations against Roy Moore, what does our righteous evangelical pastor David Floyd of Alabama have to say? He calls Moore “an upright man” who should be forgiven for his sins and elected to office. And don’t worry, he elaborates as to why Moore’s case is different than other cases of sexual assault, saying “You have to look at the totality of the man. “I’ve prayed with him. I know his heart.”

These views were echoed around evangelical TV sets by televangelist Pat Robertson when he said Bill Clinton turned the oval office playpen into the sexual freedom of the 1960s, but then championed Trump as an inspiration and explained that his sexual predatory past was him just “acting macho.”

These are just examples of the overarching, undeniable hypocrisy in conservative fundamentalist and evangelical circles, where they qualm their goody-two-shoed outlook whenever the political price is right.

Back in June the Southern Baptist Convention meeting in Anaheim elected its 64th President – Rev. Bart Barker of the First Baptist Church of Farmersville, Texas.  Onion Capital of North Texas.  His parents had him in church before he was born.  God called him to preach at age 11.

Rev. Barker is going to immediately address the issue of sexual molestation in the ranks as outlined in a 288 page report put together by outside investigators over 7 months.  It contains allegations of cover-up and mistreatment of child victims.

It laid out the findings of an independent probe detailing how Southern Baptist leaders stonewalled and denigrated survivors of clergy sex abuse over two decades while seeking to protect their own reputations.

I heard Rev. Barker interviewed.  He seemed serious about the sexual abuse scandal.

On the other hand, he is a staunch theological conservative, Barber touts biblical inerrancy, opposes women serving as pastors and supports abortion bans.  When questioned about the raped 10 year old girl who had to travel to Indiana to get an abortion, he showed little compassion.  He thought she should have been forced to bear a child.   It was the lesser of two evils.  Something good may come of it.

You could see it i his eyes.  It was God’s will.

And all along the flock votes for the likes of Walker and Roy Moore.

As far as I am concerned all these folks are living in fairy land.

Jesus has been dead for 2,000 years.  He ain’t coming back.  He didn’t rise from the dead and ascend int heaven.  Mary was not a virgin.  The eucharist is not the body and blood of Jesus under the appearance of bread and wine.  It is a wafer.  You are not gonna see your mom and dad again on that distant shore.  There ain’t no distant shore any more than there is a River Styx.  Thirteen billion years went by before you opened your eyes.  You will be here 80 years if you’re lucky. Thirteen billion years will go by after you’re gone.

There is only now.  Without Zeus-like myths.

On the other hand, this atheist doesn’t molest children.  It’s not we who are grooming kids.