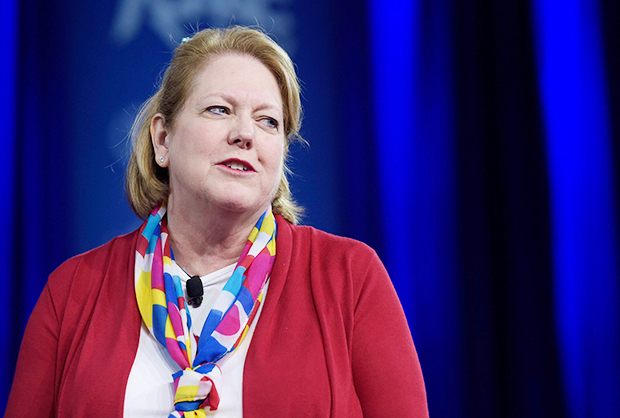 Not too long ago a case appeared before the Supreme Court of the United States.  It concerned whether or not the January 6 Investigating Committee of the House could obtain documents of the Trump administration relating to the period from the Presidential election to the Biden inauguration.  These documents were being held by the National Archives.

Dyed Blond Don didn’t want these records made public.  We all know why.   Trump was trying his best to overthrow the election results.  No matter that he lost by over 7 million votes.  It was an effort to manipulate the Electoral College so that Trump and his cronies (many of whom are still sitting in Congress) could remain in power.

Everyone with half a brain remembers all this.  Trump claimed Executive Privilege.  Biden ruled only the sitting President could claim it – and he would not.  Trump sued to block the release and the case wound up before SCOTUS.

The Court ruled against Trump.  The documents were released to the House Committee.

The vote was 8 – 1.   Even the 3 Justices appointed by Trump voted against him.   Only one Justice stood with Trump.

Now anyone who has watched the Court even a little bit over the years know that Clarence Thomas is a political hack.  He has added nothing of value to the Court in decades. He never asks a question during oral arguments.  He has been silent for decades. He has written no earth-shaking decisions.  Made no positive impression.

He never should have been appointed.

“On this night, in other words, Thomas, while celebrating the courage to speak unpopular truths, was telling some of the most powerful people in the worlds of government, business, and finance precisely what they wanted to hear—that affirmative action was bad, that black people didn’t want or need their help, that government did more harm than good. Be not afraid. Indeed, throughout his judicial career Thomas has, in the name of anti-élitism, shown a distinct solicitude for certain kinds of élites—say, for employers over employees, for government over individuals, for corporations over regulators, and for executioners over the condemned. Thomas’s tender concern for the problems of the powerful reveals itself, in the end, as a form of self-pity. ”

This week Thomas checked himself into a hospital for a “non-covid infection.” where he disappeared from view.  His stay out of sight was longer than had been originally announced.  No one knew if he was still in hospital or had been discharged.  TheCourt press officer had nothing to say.

Meanwhile back at the ranch, the Jan 6 Committee was digging through documents released by the National Archives as well as documents received from former Trump Chief of Staff Mark Meadows when it came across 29 texts between Ginni Thomas, wife of the Justice and Meadows from just before to shortly after the Presidential election.

On Thursday, the Washington Post and CBS News broke the news that Ginni Thomas had frantically texted with Mark Meadows in the weeks following the 2020 election and leading up to the Jan. 6 insurrection to discuss an array of conspiracy theories alleging that the presidential election had been stolen by Democrats.

The implications of the report are astounding for a number of reasons. First, it means that the wife of a sitting Supreme Court justice was deeply enmeshed in Donald Trump’s attempts to overturn the 2020 presidential election. Second, it means that this justice’s wife could come under scrutiny by the House Select Committee investigating the Jan. 6 attack. Third, it means that in January when Clarence Thomas was the lone dissenting vote in an 8–1 decision by the court to allow the release of National Archives documents surrounding the events of Jan. 6 to the select committee, he was protecting documents that might implicate his wife—a clear conflict of interest that should have demanded recusal.

What did Justice Thomas know?  Who knows.  Ginni of course says that they never talk about their respective work and that she is entitled to pursue her political activism without hindrance.

Dems, who don’t have the votes to impeach Thomas thanks to the neo-fascist Republican minority, are screaming for Justice Thomas to resign or recuse himself from votes regarding the Select Committee.

No one on the Court has said a word.

“There’s much more that has yet to be made public: The Post reported that the exchanges “pause after Nov. 24, 2020, with an unexplained gap in correspondence.” What we do know now, though, is just the full extent that Clarence Thomas’ wife has embraced the most radical and demented conspiracy theories of QAnon and Alex Jones.”

“Specifically, the Post describes a deleted YouTube video forwarded to Meadows by Thomas. It’s worth diving deeper into that clip to further understand just how far into QAnon territory Thomas has gone, and how the conspiracy theory about “watermarks” that captured her attention after the election still animates many conservatives.”

“Watermarked ballots in over 12 states have been part of a huge Trump & military white hat sting operation in 12 key battleground states,” she wrote.

Thomas further said she believed that the Bidens might ultimately be locked up in Guantanamo Bay, quoting a passage about “military tribunals for sedition” that had circulated on right-wing websites.

The You Tube video has of course been taken down.

Now if I were Justice Thomas I would resign because I would not be able to look my colleagues in the eye.  But then again, I’m a little bit old fashioned that way.  We will see how much integrity the Judge has.

Du you wonder why so many on the far right admire Putin?

Putin is an authoritarian and a demagogue. He is anti-human, anti-freedom and anti-democracy. He stands against the future and human progress and pluralism. To many of his admirers in America and the West, he is a leader of “White Christianity.” Putin has persecuted and imperiled the LGBTQ community, and is hostile to women’s rights and women’s equality. He kills and imprisons journalists, and is doing his best to silence free speech.

Putin’s Russia is a plutocracy and a kleptocracy controlled by an oligarchic elite of white men. He uses secret police and other enforcers to terrorize any person or group he deems to be the enemy. Republicans in the U.S., and many of their allies and followers, want to exercise that kind of power in America

Not only did many of those currently sitting in Congress vote to overthrow the results of an honest election – but so did the Washington elite wife of a Supreme Court Justice.

4 Responses to Court of Political Hacks