On My Adventure in Joining the Army

Next week, on the 18th of November, it will be 56 years since I enlisted in the Army.

Why did I enlist?  Well I was a high school graduate working in a bank for over four years and not making enough money to live on my own.  I was 21 and was still largely supported by my father, He had an 8th grade education and was getting to that point in his life when he couldn’t do unskilled construction work anymore.  I needed to lessen his burden.

I had graduated high school at 16 (I skipped the entire 8th grade – clever boy) on a Thuraday and went to work full time on Monday in the mailroom of the First National City Bank of New York.

I had a girl at the time and we knew we were going to marry eventually.  She had just turned 18 so there was no hurry.  There was however the matter of conscription.  I received my draft card when I turned 18 and it was just a matter of time before a poor kid living on the outskirts of Coney Island was called up.

I was not attending college full time; there was no money for that.  National Guard and reserve units were completely filled with the sons of the well to do and were impossible to get into.  So there would be no deferment for me – unless of course I failed the physical.

I went into the army 4 days before President Kennedy was murdered.  By Christmas she and I decided not to wait.  She married Private Toritto.

Nine months later I was on the horn of Africa.

So on the 17th of November 1963 there was a “going away” party at my home.  Previously there had been one at the bank.  My buddies got to say grown up farewells.  At my home my brother and my future wife got roaring drunk, my bro decorating the shrubs outside the house.  My girl was put to bed by my mom until she recovered sufficiently for me to take her home.

Next day I reported to the Army Induction Center on Whitehall Street in Manhattan, just a block from the Staten Island Ferry Terminal.   JoAnn would take a job just steps from the building while I was in Africa.

I am going to take my physical.  I’m 5′ 7″ tall in shoes; had a 29 inch waist and weighed maybe 125 lbs. back then and was blind as the proverbial bat without my glasses.  I could barely see the biggest letter on the top of the eye chart.  I was a fine physical specimen indeed.

I join the long line of young men which included those like me who had enlisted for whatever reasons and those who had been called up and had no desire to become soldiers.  So we are all standing  in our “tighty whities” – skinny guys, fat guys, muscular guys, guys with tats.

Directly behind me is the biggest, most muscular black guy I have ever laid eyes on.  I took a quick look and estimated he was about 6 feet tall, a good 5 or 6 inches taller than I and weighed maybe 200 lbs.  This guy just towered over me and was rippling with muscle.  He made everyone in the line look like milquetoasts.  He and I standing together was a study in contrast and good for a laugh.

So there we all were, moving through the various rooms with different doctors checking us out.  Height.  Weight.  Nose.  Throat.  Heart.  Lungs.  Eyesight.  Mental fitness.  Feet.  “Can you read?  Are you homosexual?”

Then of course your “junk” was inspected – for hernias.  “Turn your head left.  Cough.  Right. Cough.  Next!”

If you had 20/20 vision with your glasses on, you passed.  If you were fat, you passed.  The Army in its wisdom would place you in a “fat platoon” to diet, exercise and lose the weight.  If you could read a stop sign you passed.

Lots of guys who didn’t want to go had notes from their doctors.  Hernias.  Bone spurs.  A touch of asthma.  Few were classified 4-F or physically unfit.  The Army needed men.

And so we moved down the line to the foot inspection.  I passed.  I was in.

The examining doctor spent some time with the huge black guy behind me.   Surely he had the makings of a soldier much more than I.    He was big  and he was fit.  He was a poor black guy who had been conscripted.  He would go.

He was rejected.  Flat feet.

What!  How could you take skinny guys, fat guys, guys who can’t see 10 feet without glasses and reject him!

He patted me on the shoulder and smiled. 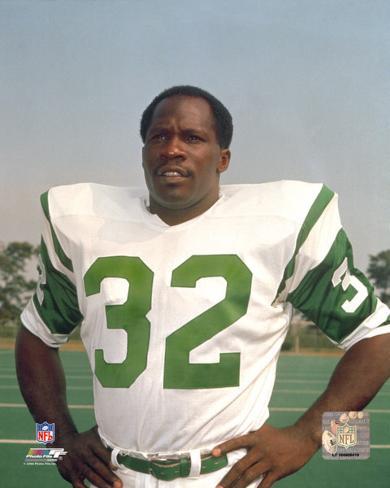 He was Emerson Boozer, running back for the New York Jets who would be there for Joe Namath’s Jets victory in the Super Bowl over the Baltimore Colts – the first victory for the American Football League.  He wasn’t going in the Army.  He would be  a pro football running back for more than a decade, be inducted into the Jets Ring of Honor, help win a Super Bowl – but his feet weren’t good enough for the Army.

He was nice but he wasn’t drafted.  I was learning how the world worked.

Emerson Boozer left and I was sworn it, put on a bus to Fort Dix New Jersey and assigned to Company O of the 3rd Training Brigade.  Our barracks were left over from World War II and had two coal stoves for heat.  Every night in those buildings someone was standing “fire watch.” 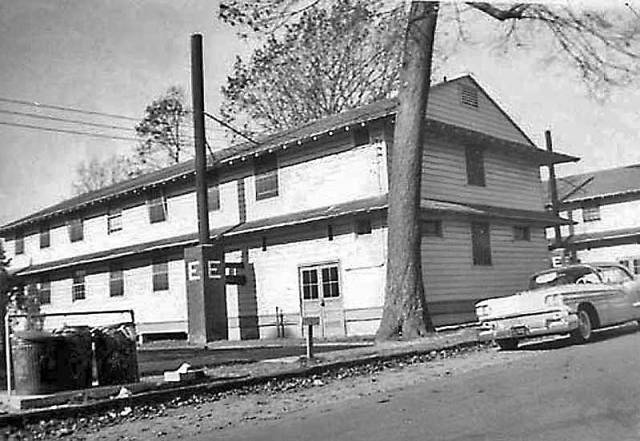 Before bed we were inoculated against every disease known to man – all in one shot.  We were all sick as dogs at 5 A.M when rousted from our beds for P.T. (running around the quadrangle), then breakfast.  Fat boys went to the fat platoon and got special low calorie meals.  Then it was off for uniforms and standard Army gear.

The first days included classes on military regulations and discipline, learning to line up, roll calls, marching, policing the area, physical training.  On my 4th day while listening to a Chaplain drone on about morals it was announced that the President had been shot.

I put on some muscle during those days.  Learned to be a bit of a marksman with a rifle.  Spent time in the snow and cold.  Got bronchitis.  Spent a few days in the hospital.  Got a nice rousing cheer from my platoon when I got back.

My parents and my girl visited occasionally on weekends.  Other nights I would sneak out after bed check, hustle across an open field to a bank of telephones and call JoAnn.  We spent one night in a local motel together and I had to sneak back to the barracks before dawn.

My dad came to pick me up for ten days Christmas leave; he filled up the car with other guys heading for New York City, dropping them off at bus or subway stations in the city before we headed home.

I would marry within the week.

I had no bone spurs nor did I play pro football.

7 Responses to On My Adventure in Joining the Army