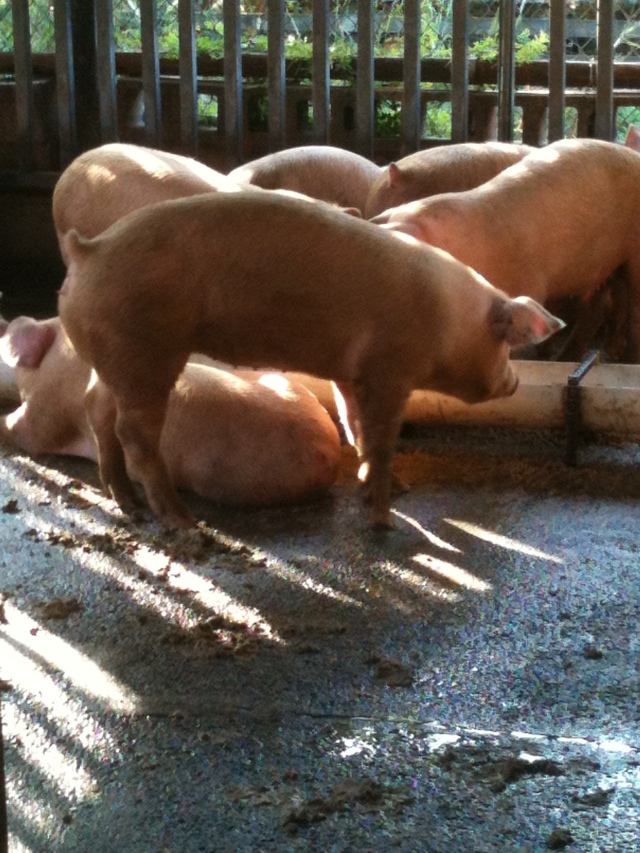 Yesterday I put up a post concerning a number of hospitals, including the Cleveland Clinic, which are insisting that patients waiting for a kidney transplant be vaccinated against Covid 19.    The rationale for the decision is that the recipient will be on immuno-suppressive drugs the rest of their lives, which might be quite short sans vaccination.  Another factor is that there are some 115,000 people waiting for a kidney.

I got flack from a couple of anti-vaxxers however one of them had a yellow Nazi era Jewish star saying “Sans Vaccine” and pictures of Dr. Fauci and Joseph Mengele side by side  predominantly on her blog so I didn’t give them much credence.

Yesterday however it was announced that a pig kidney was transplanted into a human cadaver – and worked.

Scientists temporarily attached a pig’s kidney to a human body and watched it begin to work, a small step in the decades-long quest to one day use animal organs for life-saving transplants.

Pigs have been the most recent research focus to address the organ shortage, but among the hurdles: A sugar in pig cells, foreign to the human body, causes immediate organ rejection. The kidney for this experiment came from a gene-edited animal, engineered to eliminate that sugar and avoid an immune system attack.

After several moments of silence and prayer over the deceased woman, surgeons attached the pig kidney to a pair of large blood vessels outside the body of a deceased recipient so they could observe it for two days. The kidney did what it was supposed to do — filter waste and produce urine — and didn’t trigger rejection.

“It had absolutely normal function,” said Dr. Robert Montgomery, who led the surgical team last month at NYU Langone Health. “It didn’t have this immediate rejection that we have worried about.”

Pig heart valves also have been used successfully for decades in humans. The blood thinner heparin is derived from pig intestines. Pig skin grafts are used on burns and Chinese surgeons have used pig corneas to restore sight.

Researchers kept a deceased woman’s body going on a ventilator after her family fully agreed to the experiment. The woman had wished to donate her organs, but they weren’t suitable for traditional donation.   The family felt “there was a possibility that some good could come from this gift,” Montgomery said.

Prior to go the go ahead, a committee of bio-ethicists and religious leaders spent considerable time discussing the ethics of such experiments.  Over the years the use of primates has been ethically ruled out.

Pigs have advantages over monkeys and apes. They are produced for food, so using them for organs raises fewer ethical concerns. Pigs have large litters, short gestation periods and organs comparable to humans.

Experts say last month’s experiment with a human body can pave the way for the first experimental pig kidney or heart transplants in living people in the next several years.

Dr. Montgomery himself received a transplant three years ago, a human heart from a donor with hepatitis C because he was willing to take any organ. “I was one of those people lying in an ICU waiting and not knowing whether an organ was going to come in time,” he said.

Raising pigs to be organ donors feels wrong to some people, but it may grow more acceptable if concerns about animal welfare can be addressed, said Karen Maschke, a research scholar at the Hastings Center, who will help develop ethics and policy recommendations for the first clinical trials under a grant from the National Institutes of Health.

“The other issue is going to be: Should we be doing this just because we can?” Maschke said.

The day may come, in the not too distant future when a Jewish or Muslim patient must choose between receiving a pig kidney or waiting for a human organ which may never come.