We Did It First 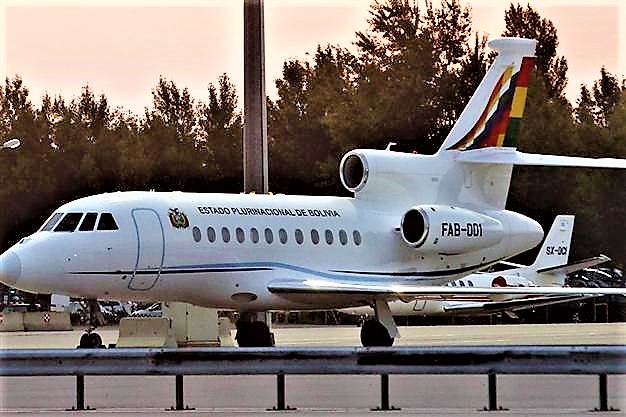 So Belarus has been accused of “hijacking” a civilian airliner by forcing a Ryanair passenger flight to land in the country using a fake bomb threat so that authorities could arrest a prominent critic of its authoritarian leader Alexander Lukashenko.

Lukashenko has ruled for 27 years with an iron hand. and is one of Vlad Putin’s favorite pals.

The Ryanair flight (an Irish airline) was passing through Belarus’ airspace while traveling from Athens to Lithuania’s capital, Vilnius, when it was diverted to Minsk for an emergency landing because of the phony bomb threat. A Belarusian MiG-29 fighter jet was sent to intercept the plane and escorted it to the airport. On the ground, security agents arrested Roman Protasevich, founder of the social media news channel NEXTA, which played a crucial role in the protests in Belarus last summer.

Protasevuch is not a political candidate in Belarus; he describes himself as a “blogger.”  He can best be described as a journalist. He has already received political asylum in Poland.

None the less he was apparently quite a thorn in the side of Lukashenko; enough of a thorn to force down an an Irish passenger plane just minutes from Lithuania and arrest Protasevich and detain his girlfriend.  After a “search” for the non-existent bomb the plane was allowed to continue on its flight to Vilnius.  Several passengers did not rejoin the flight.  Ryanair as called them out as Russian agents.

Of course all of Europe is up in arms over this dastardly event.  NATO is also getting involved as well as the international  air travel community.  How dare Belarus down an international flight to arrest a political opponent?

We did it first.  Remember Ed Snowden?

Bolivia’s presidential plane was forced to land in Austria after false rumors circulated that former U.S. National Security Agency contractor Edward Snowden was aboard the aircraft.

Snowden who admitted leaking classified documents about domestic U.S. surveillance programs faces espionage charges in the United States. He had applied for asylum in 21 countries, including Bolivia.  At the time he was stuck in the Moscow airport as the U.S. had cancelled his passport.

Evo Morales, the left-leaning Bolivian president who had long criticized the United States, had been attending a conference of gas-exporting countries in Russia, where he told the Russia Today news network that he would be willing to consider asylum for Snowden.

On the return to Bolivia the original flight plan had a refueling stop scheduled in Lisbon. Once in theair Portuguese authorities told them they couldn’t land there for “technical reasons,” the crew changed course for the Canary Islands

Right before the plane was about to fly over the French border, authorities there said they couldn’t enter the country’s airspace, again citing “technical issues.

“The crew, out of caution turned  back and landed at the airport in Vienna. Once on the ground, agents surrounded the plane demanding Snowden.

He wasn’t there.  He was still sitting in Moscow.  And it was obvious that the U.S. had orchestrated forcing down the President of Bolivia’s plane so Snowden could be captured.

The situation drew a swift rebuke from Ecuador’s foreign minister, who told reporters he planned to call a regional meeting of the Union of South American Nations, known as UNASUR, to discuss it.

“We consider this a huge offense, and I will call for a UNASUR special summit with foreign secretaries to discuss this issue,” Ecuadorian Foreign Minister Ricardo Patino said.

“This constitutes an unacceptable, unfounded and arbitrary act which offends all of Latin America and the Caribbean,” the statement said.

Once the plane landed in Austria, some European officials said they would let the plane fly over their airspace only if agents were allowed to search it – a condition which the president called unacceptable.

“We are not going to accept blackmail or any type of conditions,” he said.

Protesters waving Bolivian flags crowded outside the French Embassy in La Paz calling for the embassy to be booted from the South American country.

As for the rumor that Snowden was on the plane being whisked off to La Paz, “This is a lie, a falsehood,” he said. “It was generated by the U.S. government.”

Bolivia’s air travel rights were violated,  said the Foreign Minister.  “It is an outrage. It is an abuse. It is a violation of the conventions and agreements of international air transportation,” he said.

But, as previously stated, nobody gave a rat’s ass because hell, it was only Bolivia.  Portugal and France did as they were told.

So while we should all condemn the actions of Belarus against an Irish commercial airline resulting in the arrest by a tyrant of a critical blogger/journalist, we should also remember that we did it first – to the President of a nation.

Meanwhile Ed Snowden has taken up the quiet life in Mother Russia.

1 Response to We Did It First