Toritto in the Garden Lahore 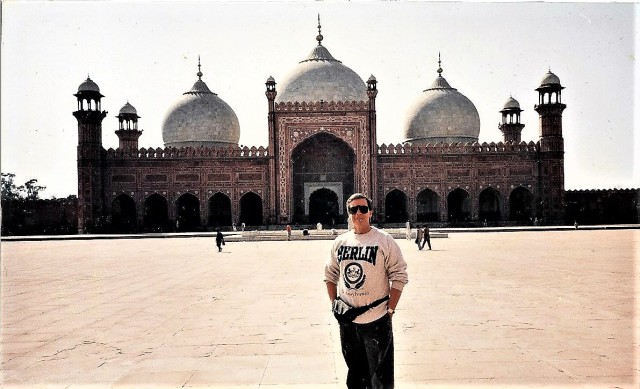 Fifty two year old Toritto in front of the Badshahi Mosque in Lahore.

So its 1994 and Toritto  is on the road for the international banking arm of the great American travel company.   As a Managing Director I am off again to another place I have never been.

Karachi is crowded, hot and dusty.  And it is Ramadan.  By this time I had spent three Ramadan in Muslim countries – Dubai, Cairo and now Pakistan.  And Ramadan here is by far the strictest I have seen.

Ramadan in Cairo was a virtual party from dusk until dawn.  Dubai less so.  Here I had no where to eat during daylight hours save in my room.  Tables and chairs in the Hilton restaurant were turned over and everywhere to eat was shuttered until the evening Iftar dinner after sundown.  Before going to the office I had the hotel prepare me a brown bag lunch which I ate in a private room with the door closed.  When in Rome….

Karachi is the capital city of Pakistan – but its cultural heart is in Lahore.  And that was my next stop.

And Lahore is a garden; capital of the Punjab.  There are indeed sights which stun a western visitor.

Badshahi Mosque (whhout me) – one of the most renown on the planet, built in 1674 by Mughal Emperor Aurangzeb, constructed eentirely of red sandstone. 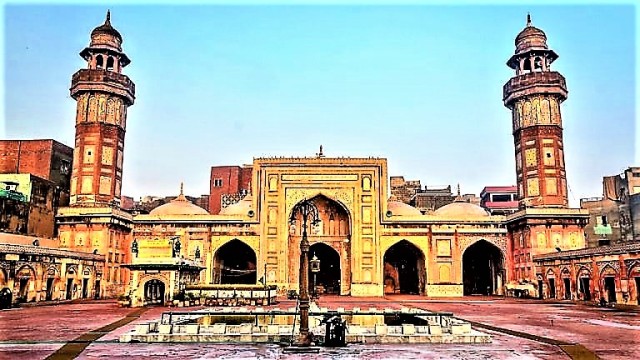 The Wazir Khan Mosque, built in 1635 by the Mughal Emperor Shah Jehan, known for its magnificent tile work. 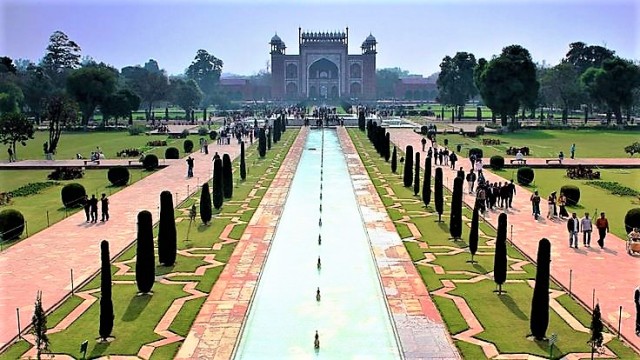 The Shalimar Gardens, also begun by Shah Jehan surrounded by numerous chambers and structures.  It incorporates a large variety of  trees including Peach, almond, cherry, poplar, almond and mongo.  It is today Lahore’s largest park. 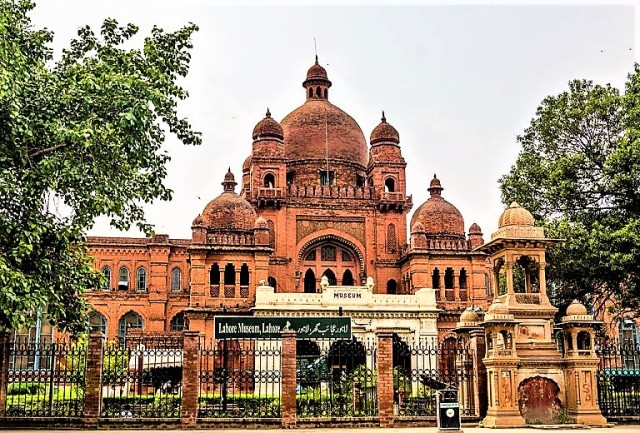 The Lahore Museum. where you can learn of the history of the city. 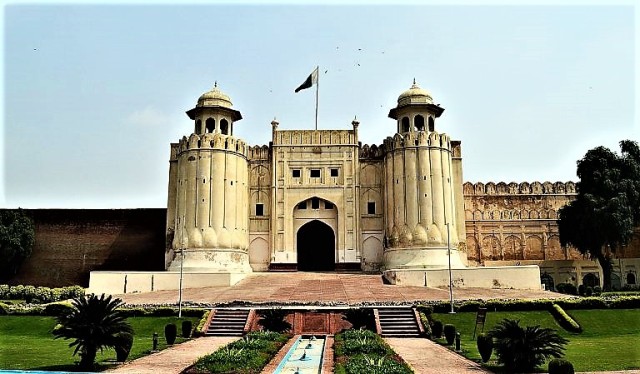 The 11th century Lahore Fort, a royal residence built by Mahmood of Ghazni.  Inside this vast complex are royal apartments, mosques, lobbies and greenery enclosures.  I spent time by an outdoor pool surrounded by rooms which I was told were for women only.  I tried to imagine the scene of young women loungng 8 centuries ago. 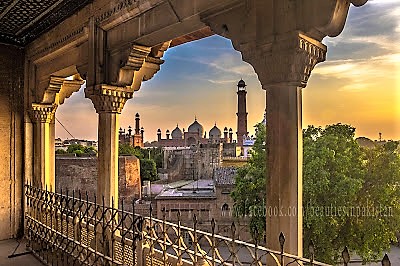 A view of the Badshahi Mospue from the Fort 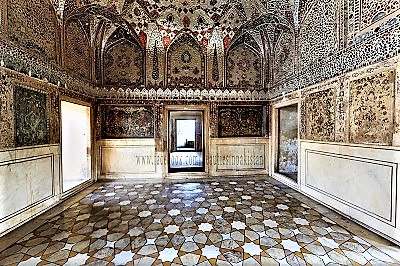 A chamber inside the Fort known as the Sheesh Mahal 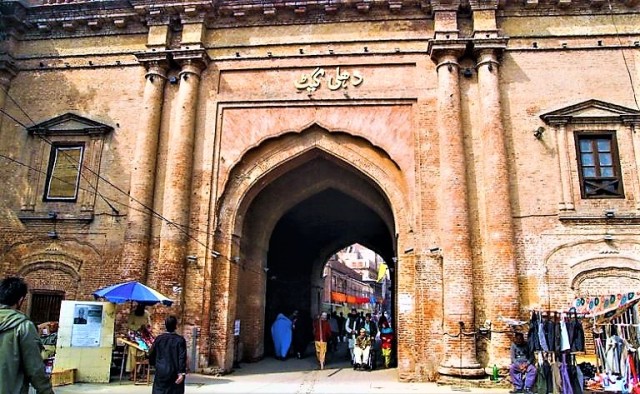 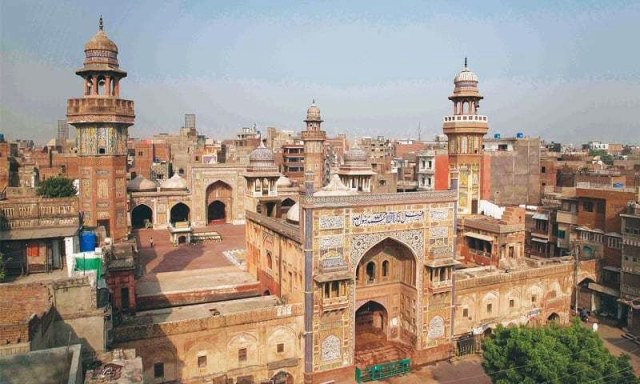 Once Lahore was a completely walled city with 12 gates, two of which are shown above.  Inside the essence of old Lahore. 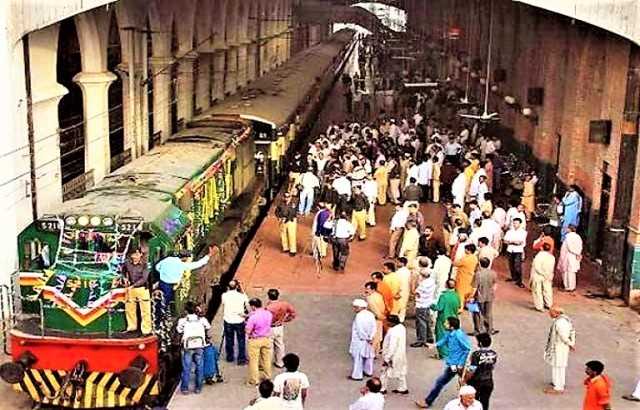 The British built railway station, still very much in use.  British influence could be seen everywhere. 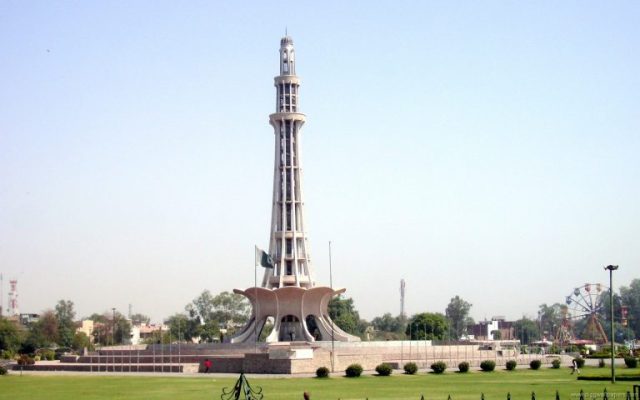 The Minar-e-Pakistan national monument.  On this spot the Lahore Resolution was passed by the All India Muslim League on March 23, 1940. 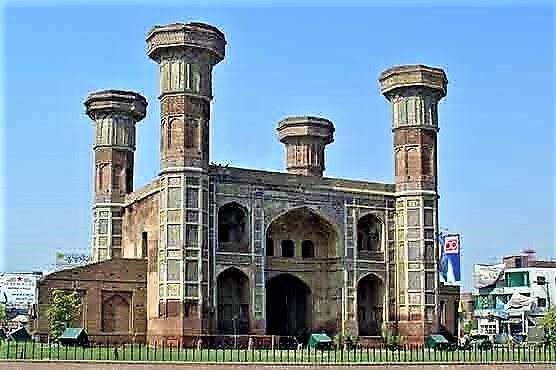 The “Four Towers” once part of a huge garden complex credited to the Mughal Princess Zeb-un-Nisa.  Today it sits in one of he busiest parts of the city. 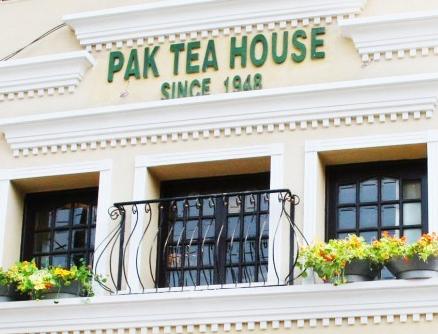 And this is where you end your day.  Established by a Sikh family in 1940 it was once known as the India Tea House.  Everyone who was anyone in 1940s India had Chai at this place.  Toritto included.

6 Responses to Toritto in the Garden Lahore