John Peter Zenger and Freedom of the Press 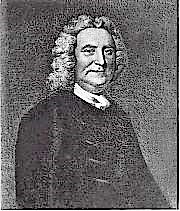 It was 1731  and Governor Montgomerie of New York was dead.

New York had been British since 1664 when New Amsterdam had been seized from the Dutch during the Second Anglo-Dutch War and renamed New York after the Duke of York, who would go onto become James II.

During the sixty odd years since, England had moved aggressively to Anglicize the former Dutch colony by encouraging immigration from Scotland and Northern Ireland; the shift in demographics had resulted in a series of Scottish governors including Montgomerie, appointed by the Crown.

In his place the British sent as his replacement William Cosby, an Irish born Protestant military officer who had married his way into the British aristocracy and then brazenly used those connections to enrich himself.

Now New Yorkers well understood that their  governors didn’t come to North America to take the air but “to repair a shattered fortune or acquire one for the first time.”  Even by these standards however, Cosby was particularly shameless.

He was barely solvent as he had been sued in England for fraud, lost in Court and the huge judgement nearly bankrupted him.  He then lobbied his wife’s first cousin, Thomas Pelham-Hollis, Duke of Newcastle and one of George II’s chief foreign policy advisors for the vacant Govenorship of New York.

Cosby arrived in Manhattan in August 1732 and immediately made it clear he intended to supper at the public trough.  When the Provincial Assembly awarded him a “welcome gift” of 750 pounds, Cosby deemed in “inadequate” and browbeat the legislators into giving him more.  Then he demanded that the interim Governor, Rip Van Dam give him half the salary he had collected while holding office as a place holder.

When Van Dam refused, Cosby sued him and ordered that the provincial Supreme Court decide the case rather than a jury. When the Chief Jusice, Lewis Morris dismissed the case, Cosby fired him.

Even before the case Cosby had managed to offend the majority or New Yorkers.  No one was more universally hated, fearing corruption by a despotic governor with nearly  unlimited power. Land owners, merchants and ordinary New Yorkers of modest means feared losing the political rights they had gained through sixty odd years of British rule.

These groups under the leadership of Van Dam and attorneys James Alexander from Scotland and William Smith from Buckinghamshire sought a way to publicize their grievances.

There were only two printers in town; one had the government’s business.  The other was John Peter Zenger.

Turning to Zenger, they began printing and distributing broadsides, tracts, satirical poems and cartoons publicizing Cosby’s misdeeds, advocating that the voters punish his cronies  at the polls.

The group began publishing a newspaper, the New York Weekly Journal printing articles from the British press on abuse of power and directly attacking Cosby for “turning the laws into dead letters.”

Alexander was the driving force behind the paper but the only name that appeared on the masthead was that of the printer, John Peter Zenger.  It demanded reforms already in place in Philadelphia and Boston ; fewer appointed positions, more frequent elections, the secret ballot.

In the next election, September 1734 the opposition won control of the city’s Common Council.  Cosby had previously tried to silence the newspaper by charging Zenger with “seditious libel” for “abuse of the Governor” but the Grand Jury refused to indict him.

He tried again but again failed.  He then had his handpicked Chief Justice, James de Lancey order the arrest of Zenger for seditious libel on the basis of “scandalous, virulent and false and seditious” attacks on the governor and implicitly on King George II as well.

De Lancey set bail so high that Zenger remained in prison for nine months until his trial while his wife, employees and friends continued to publish the paper.  His “Jail House Letters”  so absorbed the public that circulation reached an all-time high.

Cosby tried every trick in the book to get the guilty verdct he sought.  He tried to pack the jury with supporters but was foiled.  When Alexander and Smith tried to file a pre-trial motion challenging De Lancey’s authority to charge Zenger (which a Grand Jury had refused to do) Cosby disbarred them and assigned Zenger a lawyer to defend him, who was a supporters and had minimal trial experience. 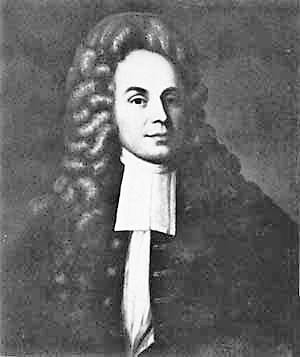 Zenger’ supporters insisted he not rely on Cosby’s appointed lawyer and realizing a New York lawyer might be reluctant to take the case,  hired Pennsylvania’s foremost trial attorney Andrew Hamilton for the defense.

The trial commenced at City Hall, then on Wall Street and was begun and completed on a single day, August 4, 1735.  The prosecution commenced by calling witnesses to prove that Zenger had printed the newspaper issues in question,

Hamilton stunned the Court by agreeing that Zenger had published the offending pieces.  This was a risky strategy because under the law of the time, seditious libel was defined as the dissemination of any information, even the truth, that might bring the government in disrepute.  The Prosecutor, now feeling so certain of conviction, immediately rested his case.

He presumed that since “Mr. Hamilton has confessed the printing and publishing of these libels, I think the jury must find a verdict for the King.” 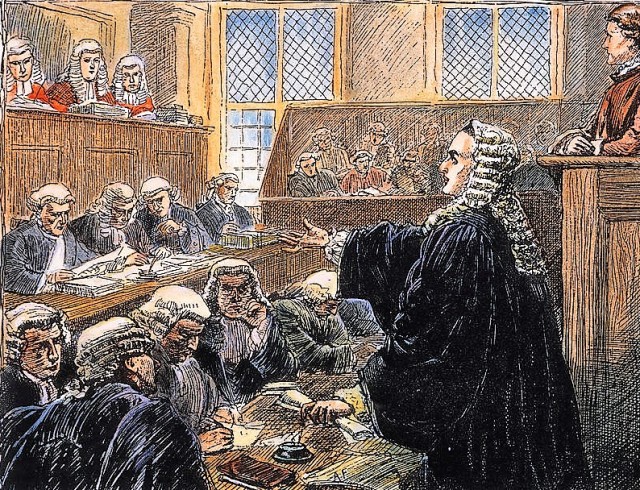 “Not so!” retorted Hamilton as he took the floor.

He argued that the jury has the right to determine both the facts of the case and the meaning of the libel law and that even though Zenger did print the issues of the paper, doing so may not constitute seditious libel if the newspaper’s accusations were true.

De Lancey immediately informed Hamilton that he was mistaken but Zenger’s attorney would not be deterred insisting that the 12 jurors had “a right beyond all dispute to determine both the law and the fact.”

In an impassioned speech lasting several hours, Hamilton told the jurors that no matter what the court might instruct them; “if there is no falsehood in Mr. Zenger’s papers”  they should find him innocent.  “It is your right to do so” Hamilton concluded reminding the jurors of the huge stakes involved.

“The question before the court and you gentlemen of the jury, is not of small or private concern; it is not the cause of  a poor printer or of New York alone, which you are now trying.  No!  It may in its consequences affect every freeman that lives under a British government on the main of America.  It is the best cause; it is the cause of liberty!”

Hamilton promised that “every man who prefers freedom to a life of slavery will bless and honor you, as men who have baffled the attempt of tyranny.  You will have laid a noble foundation for securing for ourselves, our posterity and our neighbors that to which nature and the laws of our country have given us a right – the liberty of both exposing and opposing arbitrary power by speaking and writing truth.”

With these stirring words Hamilton rested his case.  De Lancey and the Prosecutor instructed the jury to ignore Hamilton’s remarks as hyperbole and :leave to the court “the question of what constitutes libel.”  Was Zenger guilty or not of publishing the libels.

After deliberating for only a few minutes the jury pronounced Zenger not guilty and he was set free.  He had not published libel – for what he published was true.

Hamilton’s argument is widely seen as the ideological precedent for the notion of freedom of the press which Americans would enshrine 50 years later in the Bill of Rights.  It also crystallized American’s growing unhappiness with colonial rule and the arbitrary rule which often came with it.  The grandson of Lewis Morris would sign the Constitution and noted “The trial of Zenger in 1735 was the germ of American freedom.”

Now don’t for a minute think that New Yorkers were all for freedom for everybody.

Catholics were forbidden to practice their religion openly; the Act of Toleration passed by Parliament specifically excluded Catholic “papists”; priests were banned from New York under penalty of life imprisonment.  There were no Catholic churches

Jews could hold services; there was a synagogue.  But they were denied the vote.

Slavery increased dramatically since the British took the colony from the Dutch, who had a few slaves but tended to free them more than in any British colony.  There were freed black men with 10 acre farms north of Wall Street.

Today press freedom is under greater attack than in any time in my lifetime.

If you believe a paper is lying about you, you can still sue them and prove it.   I guess it is easier however to just call it “fake news” knowing your supporters will believe you.

2 Responses to John Peter Zenger and Freedom of the Press