Of Pleasant Plains and Cemeteries 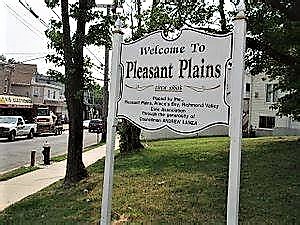 There is a town on Staten Island, New York known as Pleasant Plains, located in the far reaches of the South Shore.  A few miles from the southern most point of New York state and only a short boat ride from Perth Amboy, New Jersey, it was  the paradise of my twenties  and my early married life.

My wife JoAnn and I bought our first home in Pleasant Plains, a three bedroom fully detached house, as I was leaving the military in 1967.  It cost us $24,500; we had saved up the ten percent down payment while I was in the service; she had worked and I sent allotment checks.  We couldn’t furnish the entire place initially but we had a nice bedroom, a dining area and a television.  The rest would come later.  We drove to the ferry each morning in my 1968 3 cylinder Saab.

Our house was a block off of Sharrott Avenue.  Each morning and evening she and I, aged 25 and 23 would drive Sharrott Avenue to Hylan Boulevard on our way to the ferry.  Occasionally we would take the Staten Island Railroad; there was an elevated  station at Pleasant Plains.

On one side of Sharrott Avenue there was woods; there were lots of woods on Staten Island 50 plus years ago.  On the other side there was the land of Mount Loretto; a Catholic orphanage founded in 1883 by John C. Drumgoole, an Irish Catholic priest.  Mount Loretto, an orphanage and vocational school for boys in a then-rural section of Staten Island later grew into a large complex that housed and educated thousands of boys and girls in more than a century of existence.  As an aside, I have not heard of one child from Mount Loretto ever accuse anyone of abuse or mistreatment.

There were dormitories and schools overlooking the sea and a magnificent cathedral, the Old Church of St. Joaquim and St, Anne, the exterior which was used in the baptism scene in “The Godfather.” 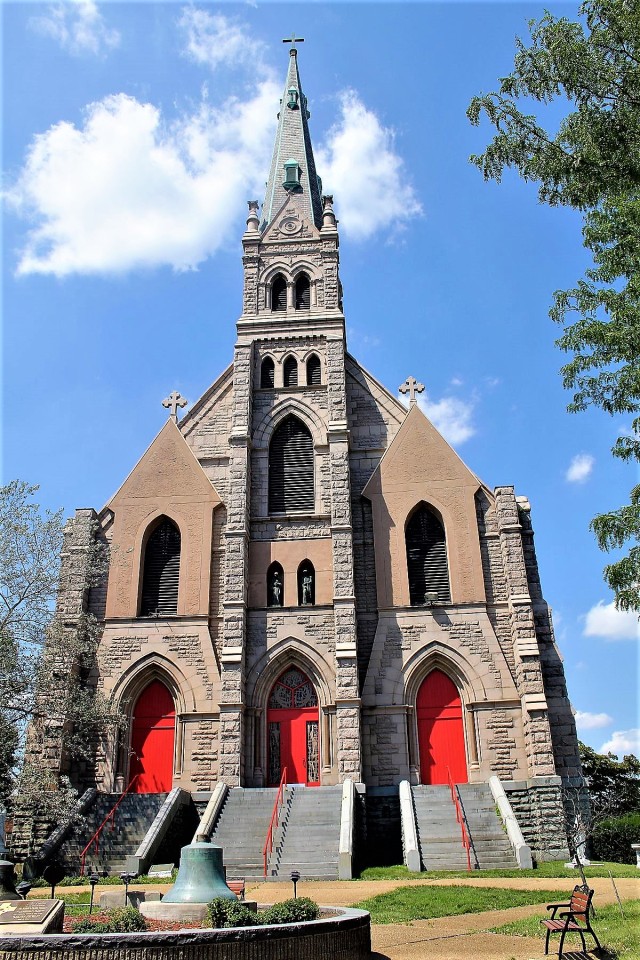 Many a night my young bride and I would walk the vast fields of Mount Loretto; it was a place on a summer night one could see the stars bright in the heavens, far away from the bright lights in the city.  And yet we were in the city.

We had been married 4 years by then, separated for a good portion of the time while I served  in Eritrea. We had survived the separation – without smart phones, Facebook or social media.  And now we were free and together. It was still years before Danny and his loss; years before Michael and his loss. It was more than a decade until our daughters.

We would walk those fields, lay down on a blanket, kiss and make love in the moonlight.

Back in the 90s the Archdiocese began selling off the property.  The  State bought much of it as a green belt – The Mount Loretto Unique Area  –

“Mt. Loretto Unique Area provides nature lovers with more than 200 acres of forest, grasslands, wetlands, and coastal shoreline on the southern shore of Staten Island. These habitats make it a beautiful area to hike and one of the best places to spot migrating birds in the area.

The Old church was destroyed in a serious fire in 1973 leaving only the façade.  It was completely rebuilt by the Archdiocese, incorporating  the façade into the new building.

The remainder of the land, the land on which my bride and I once loved, was turned into a cemetery.

This week I walked those fields again to  bury my Aunt, my mother’s baby sister.

She was a religious woman.  The funeral was what she would have wanted.  A Mass of Christian burial, her casket brought into the church.  A priest at the gravesite for final prayers, a flower for each of us to place on her coffin before lowering into the ground.

I trod those fields where my wife and I stared at stars planning a future; we owned our own home, both of us had good jobs, the military was out of the way and our future looked bright.  We were the envy of all of our friends.

Those fields are now graves for my family.  My Aunt, her husband, her son and another cousin are all buried there -Resurrection Cemetery.  Not far away her daughter and her husband are buried.

Pleasant Plains is now bustling with funeral corteges.  The family business, Scaran Oil is still headquartered there.  My Uncle Vito went out to Pleasant Plains in the 1930s to found his retail fuel oil business in the height of the depression.  My cousins, his grandchildren still run it; thriving and now one of the largest retails fuel oil businesses in the northeast.

Our first house is now valued at three quarters of a million dollars; thus the disappearance of the American dream of two kids.

I walked the land where we had once lain half a century ago  – now it is a cemetery.

3 Responses to Of Pleasant Plains and Cemeteries