On A Mission To Mars 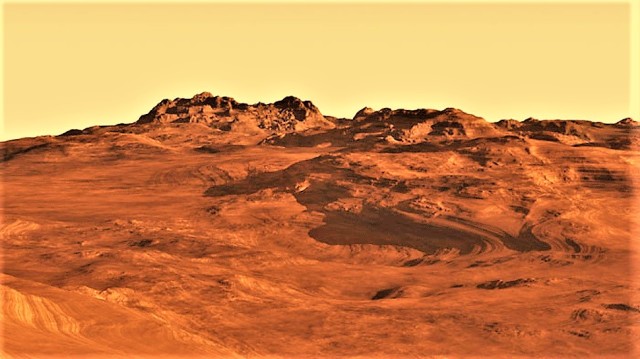 One step for a man I watched
when I was only 26
and knew I’d live to see the day
Magellan set a foot on Mars.

I would be a lucky one
to see the great ship’s mighty sail
capturing the solar breeze
to take us to that distant shore.

This summer it will be 50 years since Neil Armstrong and Buzz Aldrin landed Eagle on the surface of the moon.  July 20,1969.  Armstrong became the first person to step onto the lunar surface six hours later; Aldrin joined him 19 minutes after that. They spent about two and a quarter hours together outside the spacecraft, and collected 47 pounds of lunar material to bring back to Earth.    Michael Collins flew the command module Columbia alone in lunar orbit while they were on the Moon’s surface. Armstrong and Aldrin spent 21.5 hours on the lunar surface before rejoining Columbia in lunar orbit.

Columbia had been launched from Earth on a Saturn V rocket.

The Saturn V was launched 13 times from the Kennedy Space Center in Florida with no loss of crew or payload. As of 2018, the Saturn V remains the tallest, heaviest, and most powerful rocket ever brought to operational status, and holds records for the heaviest payload launched and largest payload capacity to low Earth orbit which included the third stage and unburned propellant needed to send the Apollo Command/Service Module and Lunar Module to the Moon.

The largest production model of the Saturn family of rockets, the Saturn V was designed under the direction of Wernher von Braun and Arthur Rudolph at the Marshall Space Flight Center in Huntsville, Alabama.

Von Braun, who rained V2 rockets on London for Adolph Hitler, was forgiven for his past when he joined the American missile and rocket program during the Cold War with the Soviet Union.

Von Braun never designed the Saturn V simply for a moon landing – it was designed in his mind to go to Mars.

I was 26 years old that summer of ’69.  The ’60s had been a rough decade. The Kennedy brothers and Dr. King had been assassinated and the Vietnam war was raging yet we all knew after Tet there would be no “victory.”  Nixon had been elected and it would be years more before there was finally a peace of sorts.

The Soviets had been the first into space and the first to land anything on the moon.  John Kennedy had made it a national undertaking to land a man on the moon and return him safely to Earth.

Now it seemed the space race with the USSR was over.  Americans were tired but still had Watergate to look forward to and Nixon’s resignation.

Those of us who grew up space geeks and rejoiced in ’69 at the moon landing. were certain we would see a man on Mars in 20 years.  We were to be sorely disappointed.

It hasn’t quite turned out that way;
No longer do we dream great dreams
passing homeless in our streets
leaky pipes; rusted beams.

Once we were a mighty race
no great dream beyond our reach;
so small a people we’ve become
distracted by celebrity.

NASA, the government’s space agency, was under the direct control of the President and not all Presidents were particularly interested in space exploration.  Richard Nixon, for one, had little interest in going to Mars.  We had won the race to the moon he turned the agency’s attention to a new mission  the space shuttle.

After having gone to the moon the public at large soon became bored watching the shuttle circle the globe endlessly before landing like an airplane in the desert.

Two shuttle disasters, Challenger in 1986 and Columbia in 2003 caused NASA to grind to a virtual halt.  “What was the purpose of low earth orbit “space” missions?” asked the voters.  And so we arrived at the point where supply missions to the International Space Station were launched on Russian rockets in Kazakhstan.

Oh we launched space telescopes, robots to Mars, numerous satellites (both communications and spy) and assorted missions to comets and asteroids – but for decades no one spoke seriously about a manned landing and exploration of Mars, let alone colonization.

Why go to Mars?   Wouldn’t all that money be more useful right here on Earth?  We as a species tend to think about today and tomorrow – not about a world 50 years from now.  And we never think in terms of a thousand years.

Why go?  Well reason one is to ensure the survival of our species.  Putting humans on more than one planet will help ensure we are still around thousands if not a million years into the future.  The dinosaurs roamed our little blue planet in total dominance for 165 million years.  All that is left is their bones.

There may be life on Mars.  Maybe.  Its discovery would go a long way in understanding how life arises and offer definitive proof that we are not and maybe never have been alone in the universe.

Besides, we are explorers, born in the footsteps of Galileo, Magellan, Da Gama, Amundsen – it is in our nature.  It is not only a matter of ultimate survival as a species, it is a matter of policy.  If we do not go, someone else on this planet will.  There is no better way for America to demonstrate leadership in the 21st century.  Besides, overpopulation and ultimate scarcity of resources makes Mars the most potentially suitable planet to colonize.

A thousand years from now there could be an entire new civilization on Mars.

,Why are we even considering such a journey? In a word: life. We want to go there to see if we can find evidence of life, a second genesis, and if we don’t find it, we want to establish new life on Mars—our own. Some say that the problems of Earth should be dealt with first, that we are too immature as a species and should wait a while until we “grow up”, but here is the thing: for the first time in history a species on Earth has the knowledge and technology to ensure its own survival by seeding life on new worlds. To ignore this opportunity for some philosophical nirvana to come first could be considered as irresponsible as our environmental abuses. If there is a planetary crisis, such as the asteroid impact 65 million years ago that wiped out the dinosaurs, and we do nothing, then we will have lost it all.

A proto-type plan for the exploration and colonization of Mars already exists – Antarctica.

First come the explorers – the first humans who land in a suitable place identified by satellites and then return.  Next, the necessary technology, equipment and housing is sent in advance, awaiting the first members of a Mars base.  The manned base is designed to determine how to live on Mars, with rotating engineers and scientists, much like the numerous national bases in Antarctica with rotating staff.

We are in a position because of our technology to scout from afar, send the equipment first followed by a manned mission to assemble it all creating a Mars scientific base.

In addition to the scientific bases at the south pole, there are now tourist facilities – bases of operation where no scientific research is conducted – existing only to host adventurous tourists.

In dreams I’ll make the trip alone
sometime in a future distant
setting foot on other worlds
to see what had been planned for us.

Its mission – “to design and launch advanced rockets and space craft, to revolutionize space technology with the ultimate goal of enabling people to live on other planets.”

Its Falcon Heavy rocket is now the world’s most powerful and its Dragon space craft was the first commercial vehicle to deliver supplies to the International Space Station wand return cargo from the space station to Earth.  It was originally  designed to carry humans and further modifications are underway with the first test flight scheduled for this year.

The key to the plan, according to Musk, was the development of a reusable rocket – one which can land vertically from space.

There are still dreamers in the world. I may not live to see it, but I wish them luck.  This old man is rooting for you.

5 Responses to On A Mission To Mars