It Ain’t Over Till 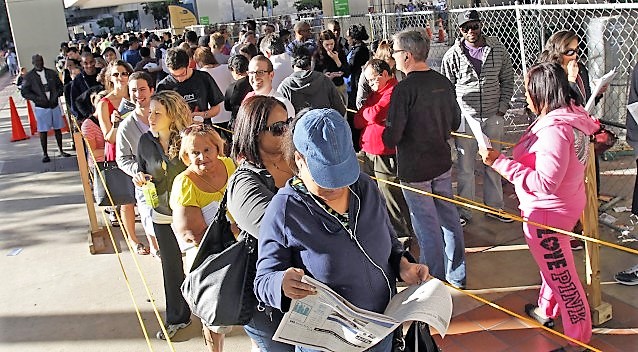 all the votes are counted!

Florida election  law requires a recount if the margin of “victory” is one half of one percent or less.

The morning after the election Scott’s margin over Nelson was only 0.42% automatically qualifying for a recount.

DeSantis margin was wider at 0.68% but has since closed to within the half percent margin, now 0.47% requiring a recount due to absentee ballots, primarily in Broward and Dade counties, Florida’s most populous and Democratic strongholds.

Additionally, the election of the new Commissioner of Agricultural (formerly held by DeSantis) automatically qualified for a recount.  This recount, already begun, resulting in a change as Nikki Fried is now leading.

The job of Agricultural Commissioner  is of primary importance to environmental groups concerned about the pollution of Lake Okeechobee and the Red Tide menace; the office has been in the hands of the farm and sugar lobbies for decades and little has been done to combat the pollution by run-off of fertilizers into the lake and eventually the Gulf coast.

The election law requires first an automatic machine recount.  If the new totals result in the narrow victory, so be it.  If on the other hand the margin closes to 0.25% or less a hand recount of the paper ballots is required.

The President and Rick Scott are already attacking officials in Broward and Dade for “trying to steal the election.”  We of course have seen all this before.  They would be screaming for a recount if the Dems had eked out so narrow margin of “victory.”

Florida is one of those states which allows mail-in and absentee ballots.  I vote by mail.  I get my ballot early, fill it out and mail it in.  I have no doubt it is counted.  It merely has to be received by 7 P.M on election day.  Thousands are received a couple of days before the election.

Vote by mail ballots are counted for days after the polls close and after the “winner” is declared.

So all indications are that the State is preparing for a full re-count of both the Gubernatorial and Senate races.

You all remember the 2000 Presidential election which resulted in George Bush’s “victory” in Florida by 537 votes, giving him the win over Al Gore.  That beauty, in which the recount was halted by Antonim Scalia’s Supreme Court, resulted in our current, much more stringent election law.

I have no problem if the Republicans maintain their victories – but I do want all the votes to be counted.

In this last election, the good people of Florida approved, by a 64% vote, an amendment to our constitution returning the right to vote to felons who have paid their debt.  .Finished their jail sentences, probation or parole in full and without issues.  All felonies except murder and sexual assault crimes are covered.

There are 1.4 million convicted felons in Florida who have paid their dues and had been denied their vote for life.  Next election they will be able to return as full citizens and vote.  Our current criminal justice system has sent hundreds of thousands to jail for non-violent drug offenses.

So this election wasn’t all bad.  This was something Republicans and Democrats could agree on – fair is fair.

8 Responses to It Ain’t Over Till