The Authoritarian Personality – A Re-Post

Last time I put up this post in 2015 it got a number of comments longer than the post!

Everyone has an opinion on why folks vote against their own interests. 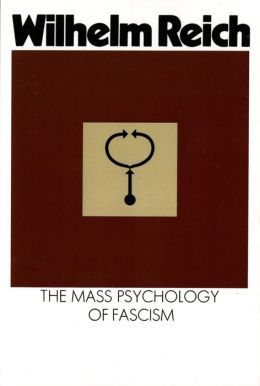 Why do people vote against their own economic interests? Why do people willingly support authoritarian governments? Why would a virtual pauper vote for a candidate who wants to dismantle the “liberal” safety net? A candidate who calls him a “moocher”, a “taker”, a “welfare queen”? Why would a woman vote for a candidate who opposes her access to contraception let alone her right to choose?  Who practically calls her a slut?  Who insists on sticking the government’s nose in his or her private life and bedroom?

Why do about half of the 99% support those who oppose health care as a right, oppose a living wage or a reasonable or free tuition at state universities? What would it take to get   these folks up in arms?  Or could Trump shoot someone on 5th avenue and still keep their vote.

Classical orthodox Marxism states that the “workers”, those who have nothing to sell but their labor, who have maybe saved two weeks worth of salary, who are “wage slaves” should rationally vote for the left.  Marxism believes such people are it’s natural constituents.

Yet tens of millions are not.

Just last week (actually awhile ago now- this is a re-post!) in South Carolina a man who never bought health insurance (“I pay my own health costs!) went blind from diabetes.  Suddenly he had no income but figured that (a) he could always buy Obamacare and (b) if he had little income then Medicaid would step in.   He had opposed both Obamacare and Medicaid.  Well he found out there is a deadline for signing up for Obamacare each year and (b) South Carolina had refused the federal monies to expand Medicaid.

He is now up the creek as they say.  He had opposed Obamacare (socialism ya know!) and the expansion of Medicaid.  So who does he blame for his predicament?  Obama.

Now I don’t love Obamacare.  I think everyone should have access to health care  as a human right.  Medicare should be available for all who want to  join it, allowing others who have decent insurance to keep their coverage.  This guy, however is a perfect example of not voting your own economic interests.

Millions of “prols” (to use the Marxist term) not only support candidates who do not have their economic and social interests at heart but they cheer wildly! They vehemently argue for their austerity programs and no matter how often the fallacies are pointed out to them, they do not change their minds. They won’t even listen. How many old people here in Florida living on social security and Medicare support candidates who want to do away both?

Where is the Marxist rationality?

Why did Germans in the midst of the worst depression in history turn to Nazism and Hitler rather than the socialist left?

I hope you weren’t expecting an answer from me.  I don’t know. I’m just a retired old crank living in Florida who tries to act rationally. I’ve thought about this issue for a long time while watching impoverished Floridians vote for right wing Republicans time and time again. I don’t have an answer.  I’m curious to see if the “socialist” Gillum wins the race for Florida Governor in November,

The best I can come up with was articulated by Wilhelm Reich in his “Mass Psychology of Fascism” published in Berlin in 1932 during the rise of Adolph Hitler. (Pretty ballsy if you ask me!) .  It begins, according to Reich, in the family.

“The goal of sexual suppression is that of producing an individual who is adjusted to the authoritarian order and who will submit to it in spite of all misery and degradation. At first the child has to submit to the structure of the authoritarian miniature state, the family; this makes it capable of later subordination to the general authoritarian system.”

Reich argued that the traditional nuclear hierarchical family with the father at the top of the pyramid, mom and then the children begins to teach the child obedience to “rules”; the sexual repression of curious children and adolescents imposed by parents and an exposure and indoctrination into an anti-sexual religion molds the adult into being most comfortable in the authoritarian society. The authoritarian oriented adult says Reich, experiences anxiety when faced with social change, revolution, sexual impulses and a lack of “order”.

Reich looked at fascism from a psychological perspective; he tried to examine the coming of Nazism scientifically since he rightly felt that it’s rise was irrational.

It clearly wasn’t because people were stupid, ignorant, jobless or crazy.  Smart educated people with jobs became fascists. Poor people and workers became fascists too when the left was the rational choice for them. Reich clearly thought something else was at play.

The authoritarian oriented adult knows his place in the hierarchy and supports it; those who would threaten authority or change it through progressivism or revolution are to be opposed; just the thought creates anxiety in these individuals. They will close their eyes, not listen to reason, deny proof – even scientific proof.  Change, to them, equals disorder which creates anxiety.

Was Reich right? Who knows. I certainly don’t; but I must say it makes a lot of sense to me.  One need look no further than the right’s war on women.

The Nazis burned his books. The Communists didn’t like him either and a number of psychoanalytical societies expelled him – sounded like he was advocating teen sex. Can’t have that now can we?  Or can we?  Seems like plenty of it is going on among our young.

Now some of Reich’s writings I honestly don’t bother with – his writings on why people get sick landed him in jail for two years here in the United States for violating FDA orders not to sell his “orgon collectiors”  . He died several days before he was supposed to get out of prison. We also burned is books by the way – right here in the U. S. – including Mass Psychology of Fascism.

When last I put up this post Dr. Stuart Bramhall (we read each other) commented that Reich was a manic-depressive and late in life in a manic state he wrote of the “orgon collectors” which landed him in trouble with the FDA and then prison.  He had previously done great work in the study of the psychology of fascism as well as character analysis.

Now just because someone may not be right all the time doesn’t mean he is never right. Even a broken clock is right twice a day.

So progressives take heed – right wing reaction, for example the “war on women”, cannot be defeated by reason and logic alone – there is more at play here than meets the eye.

P.S. – Or maybe we’ve got it backwards here in America.  Perhaps our authoritarian personalities f0ccus on and vote against other people’s interests, giving little thought  0f the risk to their own.  This too would serve the authoritarian state.

3 Responses to The Authoritarian Personality – A Re-Post