America’s divisions are not new.  They have endured for centuries and continue to this day.  Trump didn’t cause them.  Neither did “libruls.”  Our divisions are as American as apple pie.

When we talk about history we talk about stories.  America’s complex history and demographics is filled with stories, from the arrival of the first white settlers in the sixteen hundreds to the triumph of Donald Trump.

The story you tell yourself is in itself telling.

Some speak of the white man’s empire and the struggle of non-whites of all races and genders to create a truly democratic society.  Conservatives speak of the individual and the striving for individual liberty in the face of meddling progressives.

One group hopes to see America become “great” again while the other sees such golden age thinking as a fantasy of the privileged.

These contradictions are embedded in the history of this nation from its birth.

And there is no better contradiction story to tell than that of the parallel lives of two Washingtons  – George and Harry Washington.

George, of course, commanded the Continental Army that defeated Great Britain and then became the first president of the United States; his immense popularity helped legitimize the government of the early republic. On the day the last British ships sailed out of New York harbor, the general-politician grandly toasted “the memory of those heroes who have fallen for our freedom” and vowed, “May America be an Asylum to the persecuted of the earth!”

America’s first five Presidents were slave owners but George and his wife Martha were by far the largest.  George and Martha owned about 200 slaves at the beginning of the Revolution and 317 at the time of his death. 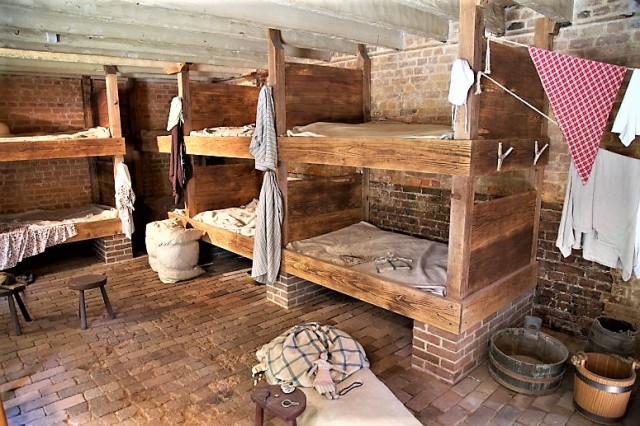 George is always presented as a benevolent slave owner yet when John Murray, Fourth Earl of Dunmore and Governor of the Royal Colony of Virginia issued an astonishing proclamation that freed any slave willing to bear arms for the Crown, thousands fled to British regiments.  Some 18 slaves and several white indentured servants ran from George and Martha to fight for the British.  Lord Dunmore’s proclamation was the first mass emancipation of slaves in the Americas.

Harry Washington, a black man born in Gambia and brought to America on a slave ship was George’s personal property—or had been until he escaped from the Mount Vernon plantation in 1776, signing up with a British regiment to fight against the Patriots. It would be only his first stop on a frustrating odyssey of liberation.

This image was created for National Geographic’s history entitled “The Black Loyalists” who fought with the British who promised them their freedom in return.

Harry served honorably in Lord Dunmore’s “Black Pioneers” regiment, participated in the invasion of South Carolina and the siege of Charleston.

After the war was lost, the British kept their promise, in spite of American demands that all slaves be returned to their masters and moved Harry to Nova Scotia, where he joined Birchwood, the largest free black community in North America, led by two evangelical ministers. But the cold rocky land and hostility from whites doomed the settlement, and Harry sailed back to West Africa, where the new British colony of Sierra Leone offered land for the asking.

The Sierra Leone Company however had no intention of giving away its land and Harry and the other ex-slaves were reduced to tenant farmers, an early form of share-cropping. The ex-slaves including Harry rose in a rebellion which was promptly crushed, and the victors banished Harry and his fellow insurgents to a malaria-infested area along the Atlantic Coast, where he died around 1800.

The capital of Sierra Leone, Freetown, was originally populated by black American ex-slaves loyal to the crown.  Sierra Leone became the model for the slave migration to Liberia a century later.

Still, if Harry had remained at Mount Vernon, he would probably have been buried there. George’s will stipulated that his slaves would be freed only on the death of his wife.

The tale of the two Washingtons can serve as a kind of historical Rorschach test. On the left, most would undoubtedly see it as clear evidence that the United States was founded on a despicable lie: The wigged icon who prattled on about “freedom” owed his wealth and status to the slave labor of black men and women. Those on the right might counter that the vast majority of white Americans never owned a single slave, and that the founders’ belief in individual freedom eventually led the country to abolish the “peculiar institution.”

The United States has always been a nation wrestling with a paradox, caught between its sunny ideals and its darker realities.   It is an uneasy path between reverence and irreverence; between adoration and contempt. Yet the American Revolution was far more than a mere change of power from one group of well-to-do white men to another.

While it rests on a supposed dedication to equality, our citizens and our leaders often fail to implement this ideal or work to actively betray it.

In the mid-nineteenth century as the nation was becoming more democratic the contradictions played out as the nation split over slavery.  Democrats. who had encouraged ordinary white men to run for office and welcomed immigrants from all over Europe, hated abolitionists and had no qualms over grabbing huge chunks of land from Mexico and forcing the Cherokee, the most assimilated native-Americans (many of whom were citizens)  to leave the southeastern states for Oklahoma.

Ulysses Grant called the Mexican conflict a “wicked war” and a young legislator from Illinois demanded to know exactly where Mexicans had first spilled American blood on American soil.  His opposition to the spread of slavery would split the Union.

Yet when he was assassinated and elevated to a deity there was no memorials to the millions whose lives had been irrevocably changed.

“Americans deferred a different grief, a vaster and more dire reckoning with centuries of suffering and loss, not captured by any camera, not settled by any amendment, the injuries wrought on the bodies of millions of men, women, and children, stolen, shackled, hunted, whipped, branded, raped, starved, and buried in unmarked graves. No president consecrated their cemeteries or delivered their Gettysburg address; no committee of arrangements built monuments to their memory. With Lincoln’s death, it was as if millions of people had been crammed into his tomb, trapped in a vault that could not hold them.”

For more than 150 years, black Americans and their allies have been struggling to create a society that both reckons with the evils of the past and lives up to its promise.

We are a nation born in revolution, always struggling against chaos.  We are a nation born in contradiction; slavery in the land of the free; sovereignty in a land of conquest.  And so we struggle with the meaning of our history.  Understanding America, in its beauty and its brutality requires not a view from left or right – but a view in the round.