It Takes a Village

Me and my maternal grandfather Carmelo during the war years.

I was a lucky boy.

I had parents who loved and cared for me and my two brothers. I was never hungry or homeless. We always had food on our table and a roof over our heads. Sure we had hand me down clothes but I always got the new ones because I was the oldest. We never went on vacation. We didn’t have a truly decent car until I went to work at 16, We never owned a home until I was well into my teen years. And as I got older I never had my own room, I slept in the living room on a Castro Convertible sofa. Comfort, Beauty and Style!

In spite of being on the lowest rungs of the economic ladder, I was lucky.

I grew up in a village. Not your village of quaint little cottages out in the verdant countryside; an urban village of three story tenement apartments populated by my grandparents, aunts, uncles, cousins and an assortment of memorable friends and neighbors all living within 2 or 3 blocks of each other..

Growing up I got to know them all.

Hennie the bookie who would take a $2 bet on the horses from my dad now and then when poppa had a “hot tip.” Josie Baxter, a large, round faced woman who always had a smile. She ran the candy store / soda shop where momma would buy Pall Mall. The Palomini’s, who ran the grocery and would give my mom credit until payday when money was short. The local loan shark who would visit for his “vigorish” when poppa was out of work. David, a Jewish door to door salesman who would bring items directly to the house for mom’s inspection and sell on credit if she needed it. Mom bought my high school graduation ring from David and he introduced me to Tchaikovsky. Martucci, the druggist, who would give my epileptic father Phenobarbital and Dilantin without prescriptions to control his seizures. As a kid I would pick up the drugs. Nobody would suspect a kid..

My mom’s two girl friends, one in our building and one across the street, two sisters, both separated from their husbands and raising kids on their own.

My paternal grandmother had 5 of her own children (and 3 stepchildren) four of whom lived between 77th and 79th street on 13th Avenue in Brooklyn along with their husbands, wives and their children. My father was the youngest. Only Uncle Nicola, his wife and son lived elsewhere – in lower Manhattan at what we dubbed the “Avenue A Gardens.” Of course he was around for Sunday dinner at Grandma’s. The stepchildren also lived relatively close by and I saw them regularly.

Now with all these relatives and folks there was always somebody with an eye on us kids.

Mom had a better network than the NKVD and always knew what we were doing sometimes even before I knew what I was going to do.

And yet I was free. I had what one might today call a “free range” upbringing.

I walked to school. Rode my bike before bike lanes. Went to the park and the library. Went to the movies, locally and to the Brooklyn Paramount and the Times Square theaters. Went to rock and roll shows.  Saw the Isley Brothers at the Paramount. Attended baseball games at Ebbits Field and football at Yankee Stadium. Visited the American Museum of Natural History and the Hayden Planetarium often as well as the MMA. Saw Broadway shows and played chess at the Marshall Chess Club. Had summer jobs. Not bad for a kid. I didn’t grow up in a thermos bottle.

I played stick ball in the street. Handball at the courts. Enjoyed all the “seasons” with the rest of the boys – box scooter season, yo-yo season, carpet gun season, roller skating season. Learned how to kiss at Ravenhall.

I was baptized and married in the same church my parents married in.

In my village of two blocks were my grandparents, three uncles, an aunt and three cousins, all of us the same age. That’s not counting the aunts and uncles who lived just a short drive or subway ride away.

Who was there during those halcyon days of my youth? Well you’ve all seen my grandparents Francesco, Laura and Carmelo. Beetley Pete particularly liked the look of the  younger Carmelo.

The others I grew up with are here; the village people: 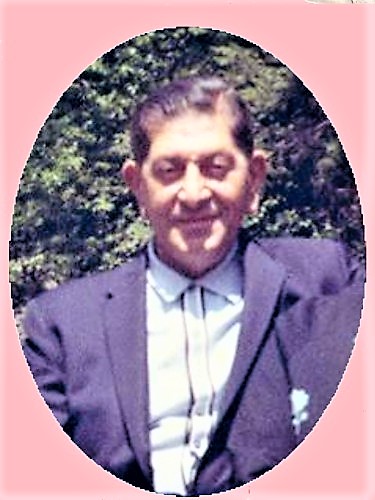 Uncle Nicola, my father’s oldest full brother. There were 3 older step-siblings. Uncle Nick was a big man, like his father. He worked for the NY City Transit Authority and lived for many years in lower Manhattan in a huge apartment with his wife Aunt Amelia and son Frank until moving back to Brooklyn later in life. I would see him most every Sunday. He was always ready to listen and give sensible advice.

Aunt Amelia, Uncle Nick’s wife. I last saw her around 2000 at my cousin’s home on Staten Island. She was a widow by then and lived on her own quite well given her age. Her son Frank still lives in Brooklyn in the old neighborhood.

My cousin Frank, son of Nick and Amelia. I didn’t even have to go into the Army alone! We went in the same week and did our basic training together during the winter of 63 – 64 at Fort Dix, N.J. My parents, my future wife and Uncle Nick and Aunt Amelia would visit us on weekends!

Aunt Connie, my dad’s older sister. She went back to work after her children were old enough and labored at Acme Quilting in the Bush Terminal Buildings in Brooklyn. I would usually visit her with dad on Sunday mornings. I recall being fascinated by her round washing machine with rollers for squeezing the water out of the clothes.. She also had a wonderful Zenith radio and a television. Her son Joseph served in Korea and was my sponsor at Confirmation. Her daughter Loretta still lives on Staten Island.

Uncle Saverio! Actually we called him Uncle Sam, Aunt Connie’s husband. He was the only Sicilian in our family and he was proud of it. He spent his life working for a toy manufacturing company and always brought nice presents for us kids.

Uncle Joe lived across the street from my maternal grandfather’s dairy story. He was a licensed welder nd was the first in the family to marry a non-Italian, Protestant girl. I’m sure it caused quite a stir. After all, Grandma would ask my dates “Eh, what town in Italy is your family from?’    🙂 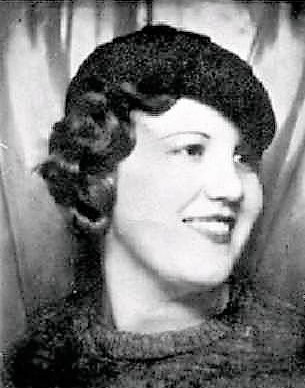 A young Aunt Ruth, the non-Italian Episcopalian wife of Uncle Joseph. When I first moved to Florida I was shocked to learn that she was still alive and living with her daughter in Arizona. While speaking with my cousin whom I hadn’t spoken with in a very long time I inquired about her mother. “Want to talk with her? She’s right here!” Aunt Ruth was in her 90s and just fine thankyou. I made two trips west to visit with her sharing a few nips over lunches and dinners. I’m glad I went while she was still here. 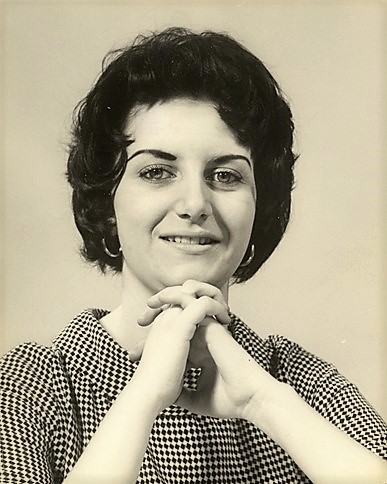 Cousin Alice, daughter of Ruth and Joe. Currently living the retirement life with her husband Carmel in Arizona. We can thank them for the pictures. Carmel loves genealogy. 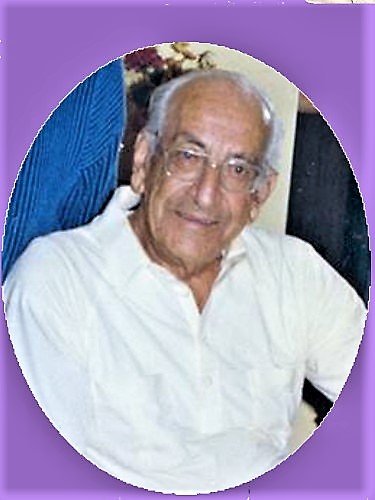 Uncle Angelo, besides my dad the youngest of Grandma Laura’s 5 children.  He too was in construction like my dad.  He was the first of the family to buy his own home, moving to Staten Island well before the bridge went up.  I remember riding the ferry to get to his new house.  He became a widower and moved to Arizona, close to his son Paul  He passed away before my trips to the west. 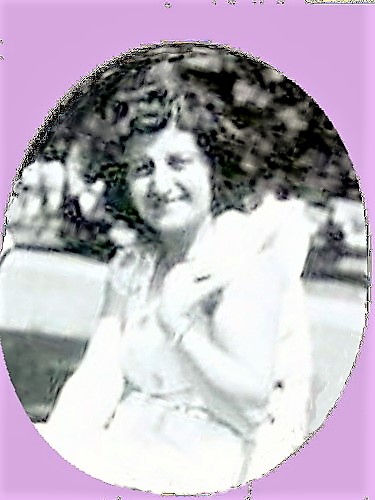 Aunt Tina, Angelo’s wife.  She would accompany my mom to the park with us boys.  Before buying a home she lived across the street from Joe and Ruth, Sam and Connie, my grandparents and parents.  Village people.

Cousin Paul, in his mustache phase. now retired in Arizona.

Now these are just the folks I saw every day.  My dad’s had two half brothers and a sister in addition whom I would also see during holidays or special occasions.  My mom had three brothers and a sister, all of whom lived in Brooklyn (but not on 13th Avenue) and they had wives, a husband and children.  Today my cousins are spread from Arizona to Dallas to New York and Charleston, South Carolina.

I grew up with all of them in my life.  The village shaped what you read here.

5 Responses to It Takes a Village