“Have You No Sense of Decency Sir?” 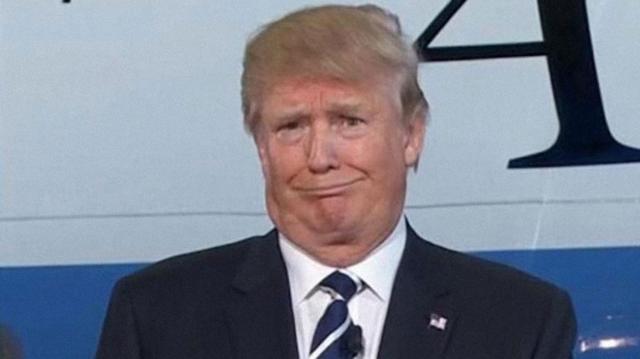 Well its been a busy week here in the United States pf America, land of the free and home of the brave while I decided I would write about almonds, watches and sex dolls.

“Trump Care” went down to defeat…again.   Thanks to three Republican Senators, two of whom still have a sense of decency; the other didn’t think the bill threw enough people off of government subsidized health insurance.  For him it was all or nothing.  Oh well.  We will take your vote sir.  Another blow for the despicable Mitch McConnell.

We flew a bunch of fighter planes and B-1 nuclear capable bombers along North Korea’s coastline this week after our President called the great leader (or is it dear leader?) Rocket Man at the United Nations meeting and he called Trump a “dodard” – a doddering old man.

The great leader threatened to hold an H-bomb test in the Pacific the likes of which hasn’t been seen since I was a kid when we were doing it at Bikini Atoll and the French were doing it around Polynesia.  All above ground tests of this sort are now banned but of course N.K. never signed.

The Trumpster then went out of his way to pick a fight wit Venezuela’s  socialist government adding the name of this danger to America to the travel ban list just published along with North Korea (like any NK citizens come here to visit Orlando) and Chad and threatening to invade Caracas and “give the country back to its people.”  What was that Mr.  President?  Venezuela?

North Korea in turn claimed that the United States had declared “war” on their country and therefore they were free to shoot down American planes even over international waters.  Like two boys comparing dick size.

In Alabama last night a primary election was held for the Senate seat vacated by the racist Jeff Sessions (now our Attorney General – yikes) between Luther Strange (nice name!). the current holder of the seat and Trump favorite (he was appointed by Alabama’s governor – who resigned two months later rather than face impeachment) and the truly unhinged former justice Roy Moore.  Trumps candidate lost to the religious maniac supported by his former staffer Steve Bannon.  Both Trump and Bannon had campaigned for their candidate this week in the state.  Trump was said to be infuriated and blamed Dispicable Mitch for suggesting Trump should back the “loser.”  Heehee.

In 2003, Moore was removed as chief justice of Alabama’s Supreme Court after he erected a 5,200-pound monument of the 10 Commandments inside the state’s judicial building. Lawsuits were filed contending that it represented a government-endorsed display of religion.

Moore later huffed that he was being asked to leave office because he “acknowledged God.”

Moore was re-elected to the bench in 2012, but was suspended again last year after he was found guilty on six charges of violating the canons of judicial ethics. In 2014, he wrote letters to governors of every state asking for their support for a constitutional amendment that would define marriage as between a man and a woman. In 2015, he ordered Alabama judges to defy a 2015 U.S. Supreme Court ruling and instead enforce their “ministerial duty” by refusing to issue same-sex marriage licenses.

“We are talking about someone who is truly, truly unhinged,” said Richard Cohen, president of the Montgomery, Alabama-based Southern Poverty Law Center. “He has concocted legal theories to justify his religious goals, but none that makes any sense'”

(Haha!  Sorry!  The video was taken down since this was posted yesterday!  Guess his campaign thought it was too crazy even for Alabama!)

If you want to see Roy Moore go off the deep end join the video at about minute 2:15.  Alabama will have a Democratic candidate as an alternative next year – the Socialist Party of America is your protest vote if you see no hope of defeating this religious fanatic.

While all of this was going on a catastrophe was taking place in Puerto Rico, an American territory inhabited by American citizens.   Days went by after the hurricane passed, struck Florida and moved on.  One hundred percent of the island was without power for days; only 3% has been restored as of today and there are shortages of food, water and fuel.  Generators are unavailable.

But of course the Federal government is doing “a great job.”  Trump finally tweeted and just had to mention Puerto Rico’s massive public debt.

Texas & Florida are doing great but Puerto Rico, which was already suffering from broken infrastructure & massive debt, is in deep trouble.

I expect tens of thousands of Puerto Rican citizens to get on the next plane to Florida and New York as soon as the airports are open and air travel is back to normal.  We could use more non-Cuban Latino voters here in Florida.

So this week I am watching Ken Burns masterpiece airing on PBS.   Vietnam.  It is simply magnificent outlining how we got from Eisenhower and Kennedy to killing our children at Kent State to sacrificing thousands of American youth in a war we knew was lost at the end of 1968 and the coming of Richard Nixon.

Which leads me to Trumps main concern this week – protest and “disrespecting the flag.”

For those of you unfamiliar Colin Kaepernick was a quarterback for the San Francisco 49ers.  In August 2016 in protest against police killings of unarmed black men, he went down on one knee during the playing of the national anthem before a game.  Lots of boos.

Nest year he lost his job.  It can be argued that he was not playing as well as when he took his team to the Super Bowl – but neither was the rest of the team.  He was cut.

To this day he has not been able to get a serious tryout with any other NFL team.  Black balled?  You bet your ass.  Motivated by the violence that erupted in Charlottesville, Virginia, a dozen players from the Cleveland Browns kneeled during the national anthem before their game against the New York Giants, the largest NFL protest since Kaepernick first took his stand.

White members of the Seahawks and Eagles began linking arms with black players during the anthem in protest against police violence and to stand with Kaepernick whom they rightly feel is being blackballed from the league for expressing his political views. Still no big deal right?

Enter Donald Trump.  He goes to Alabama to boost the chances of Luther Strange at a campaign rally.

With all that is going on with North Korea nukes, Puerto Rico, hurricanes, the Russia investigation, Venezuela et al he chooses to pick a fight and says this:

He calls peaceful protesters “sons of bitches.”  Real class.  Must have learned that in the school yards of the private schools he attended.

He turned a peaceful protest about shooting unarmed black men by a militarized police into “disrespecting our flag,” the military and law enforcement.    So of course this weekend there were demonstrations of kneeling and arm locking by players and owners all over the NFL.  He succeeded in galvanizing support for Kaepernick’s original protest which had nothing to do with disrespect of the flag, the military or indeed of law enforcement and had everything to do with police officers killing unarmed people and facing no consequences.

Paul Smith, the chief of Cecil Township Volunteer Fire Station No. 2, wrote: “Tomlin just added himself to the list of no good (n——). Yes I said it.”

Lost his job.  Now he knows how Kaepernick feels.  Maybe he can find a job in Alabama.

So I ask you; when does common decency and empathy come into play?

Nothing much seems tohave changed since Kent State.  After four young people died protesting a war which had caused the deaths of thousands, some 58% of Americans polled thought the demonstrators got what they deserved.,

One of those students, William Knox Schroeder was simply walking to class and not taking part in the demonstration.  An Eagle Scout and in ROTC, he was an excellent student and athlete.  He received  a medal from the Association of the United States Army for excellence in history.  He was killed by a single shot to the chest.

Made no difference to the right that he wasn’t involved.  His family received hate mail for months after his death – he deserved to die – “commie bastard.” 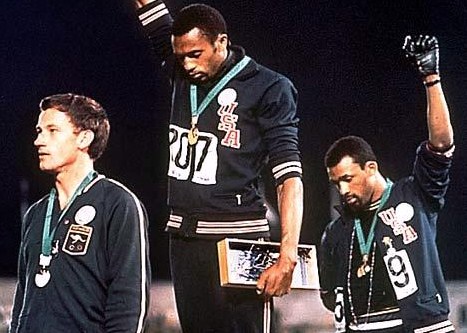 9 Responses to “Have You No Sense of Decency Sir?”