“I didn’t expect her to die that day.  April 19, 2004. We both knew she was terminal but I had the hope of a Summer together – and maybe more.   Then the hospital called. “Come quick”. I called my eldest daughter at work but before we could get there she was gone.
We never saw my wife’s body. I remember seeing my dead mother and thought at the time there was no point. My girls and I agreed we would remember her as she was. We went to the neighborhood funeral home, picked out a casket and made the necessary arrangements.

My eldest daughter picked out mom’s finest clothes and most expensive shoes (she was a shoe freak)  in which to be cremated. A female Methodist minister conducted a short service after two days of viewing before we all said our good by.  Hundreds  came to the funeral home to be with us. Family, friends, her girlfriends from high school traveling from as far as Virginia, colleagues and bankers, future in laws of my youngest, check out ladies from the local supermarket. We had a gallery of pictures of her during happy moments of her life. I had her ashes placed in a bronze box. My daughter wanted a small bronze cube filled with ashes which she would keep with her forever.

Now what to do with the rest of life.  “Oh yeah..Life goes on. Long after the thrill of livin is gone.”  I was 61 and retired four months”  – from “Thirteen Years a Widower.”

Our new Florida home taken in 2004. The trees are much bigger now.

After several months I began to believe we needed a new life.  My daughters had gotten very protective of their dad and for them to go forward and live their own lives they had to know that dad could take care of himself.  Over dinner we discussed a move to Florida to be closer to family and cousins.  Pam was ready.  Her boyfriend Rob whom she had met in college had already moved with his parents to the Tampa metro.  His father had accepted a transfer south offered by his employer. Marie, working for an insurance company and with her own small apartment, decided she wanted to go to law school.  “Well you can go to law school in Florida.”  And so we agreed; the three of us would build new lives in Florida.  I contracted to build a home near family.  Three bedrooms, 2 baths, 2 car garage.  Our home in New Jersey sold in a weekend; we packed what we wanted, gave away or trashed everything else and moved in December 2004 in time for Christmas.

And on Christmas Eve Marie and I went to see the Tampa Bay Buccaneers play the Atlanta Falcons at Raymond James Stadium in Tampa.  We did something we had never done together. 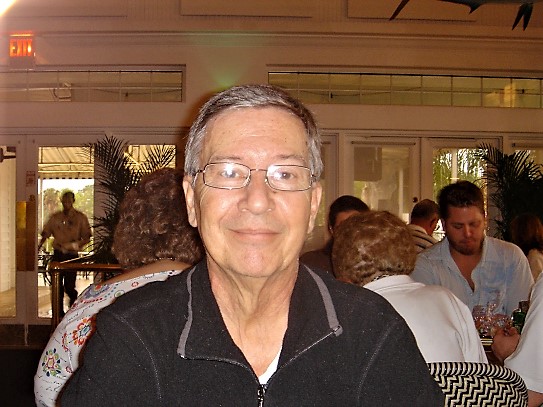 An evening at a local seafood restaurant with Marie and her girlfriend from Rutgers, visiting from New Jersey.  I was 63. 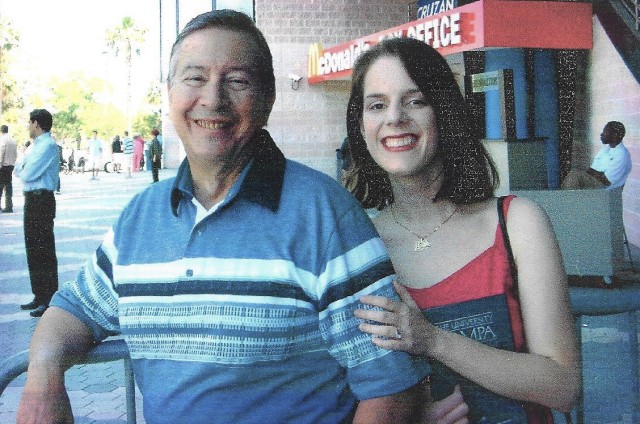 Pam’s boyfriend Rob finished school at University of Tampa.  They both got jobs and decided to marry.  After the engagement we celebrated with his family in Orlando and began planning a wedding.  Marie took the law school entrance exams and was accepted by several Florida law schools and a couple up north.  We took time and toured several together.  She made her choice and would be moving to the Fort Lauderdale region, some 300 miles from our new home.

Marie found a wedding venue which provided all the assistance I needed in putting a wedding together.  Rob’s mom gave the bridal shower and she, Marie and my sister-in-law went with Pam to help pick out the dress.

Pam and Marie before Pam’s wedding.  Pam was 27 and Marie was already in law school.  June 2006 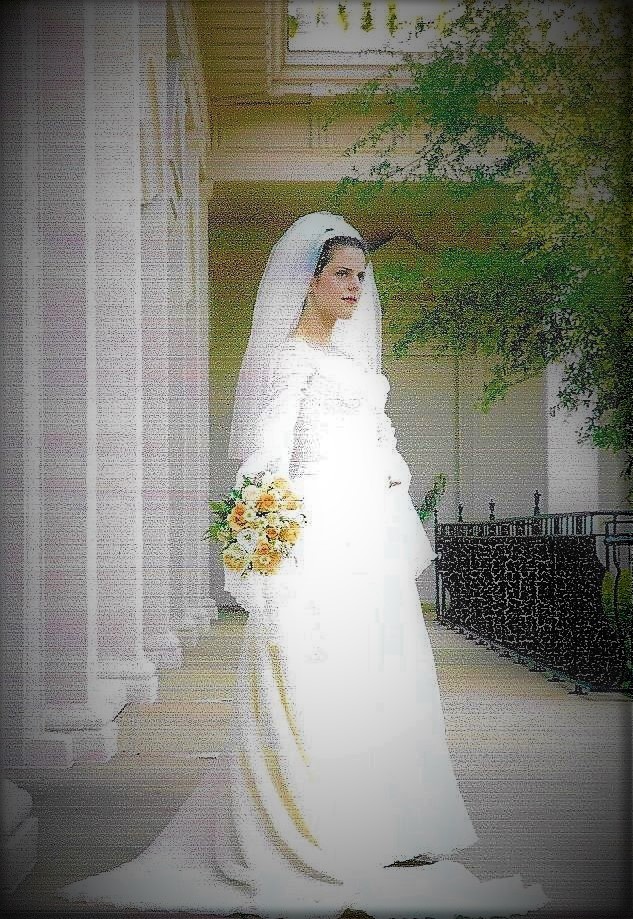 Getting ready for the walk 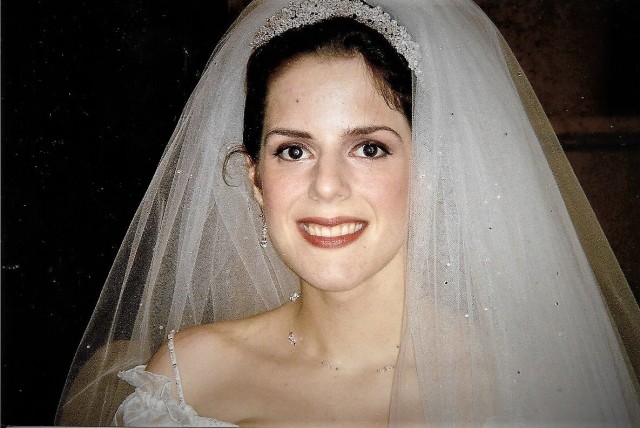 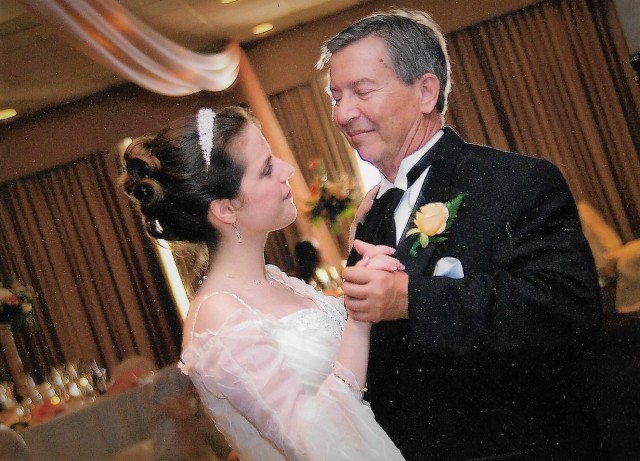 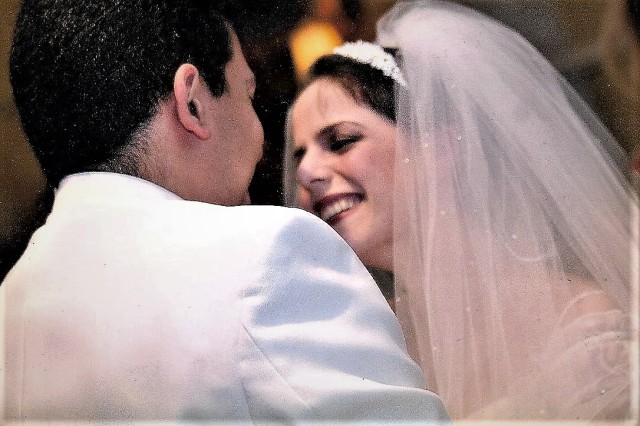 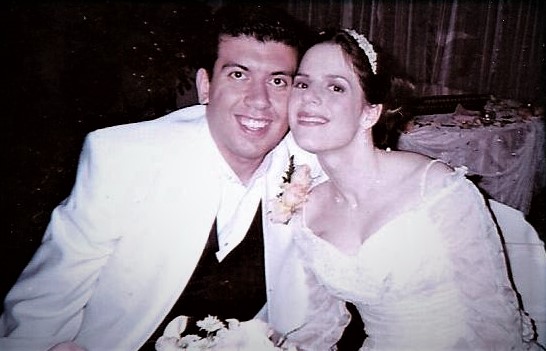 ready for their honeymoon. 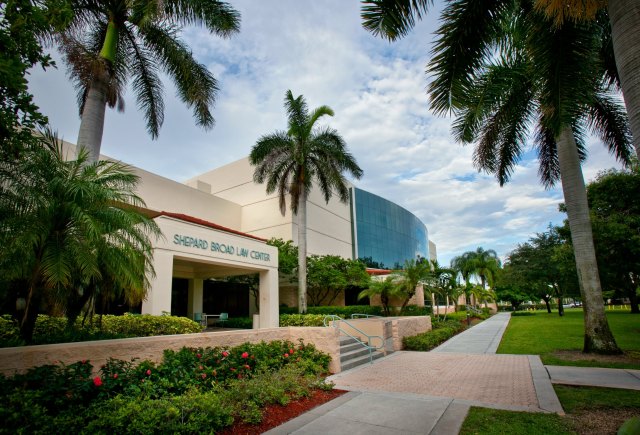 Pam and Rob soon purchased their own condo near me while Marie had enrolled in law school in the Ft. Lauderdale metro area.  We found an apartment minutes from school, furnished it and she too moved out of our house before the wedding. She put a sign above her door:

“This is not a dress rehearsal!”

She would graduate with Honors – and meet her future husband in her senior year.

Daddy got what he wanted: his girls had left the nest and begun to live their own lives.  They still called him every day.