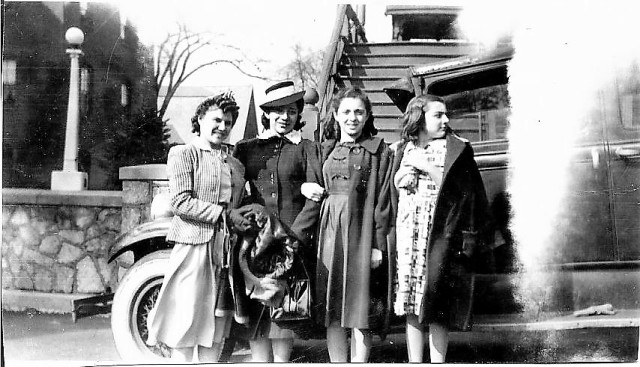 This is one of the earliest photos I have of my mother.  She is standing on the left and judging from her clothes was still in the Catholic orphanage at the time as a Ward of the State.  I have no idea who the other women are or where they are or what they plan to do all dressed up.  That is not steam rising but a defect in the photo.  She would have to leave the orphanage at age 18 which she did after earning her high school diploma in 1940, which was very rare for an immigrant girl at the time. 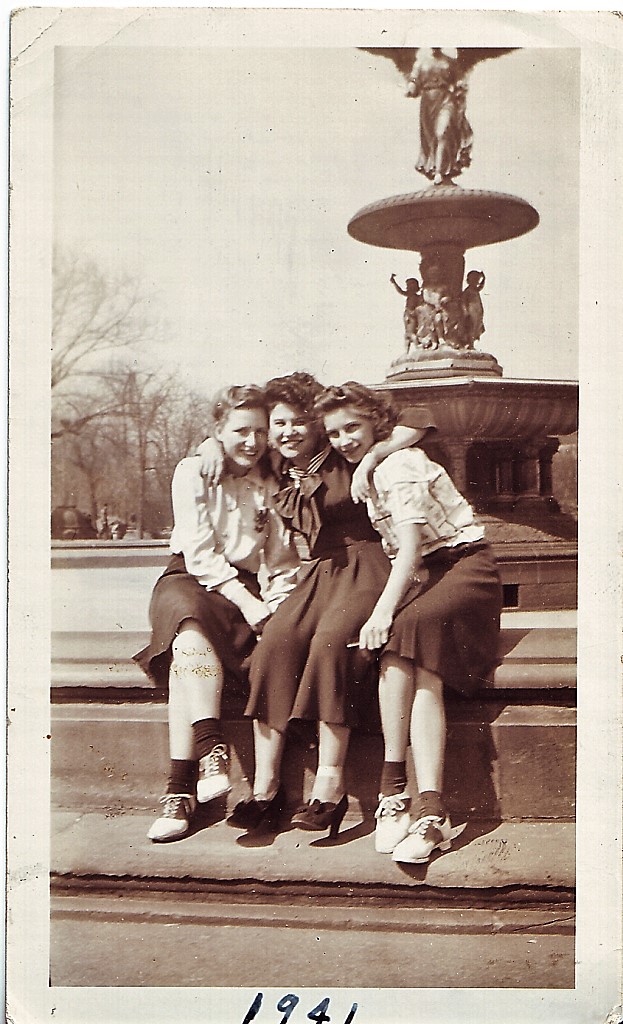 Another early photo of my mom in her orphanage clothes with two friends at Central Park.  My mother never spoke of her experience at the orphanage but after leaving the care of the Benedictines she never went to church again save for weddings and funerals.  She insisted her sons attend public schools.

At Central Park. I have no idea who she is with. 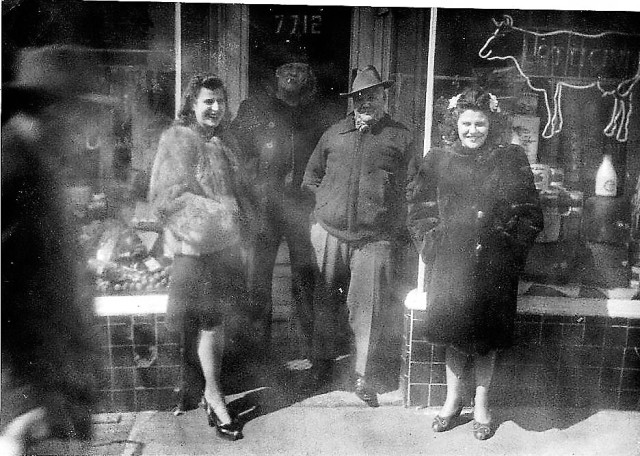 Mom in 1944 after she had me.  She made her peace with her father Carmelo and is here with her sister-in-law Helen, married to her  younger brother Dom. In the shadows directly in front of the door is her brother Ernie, in the Navy during the war. 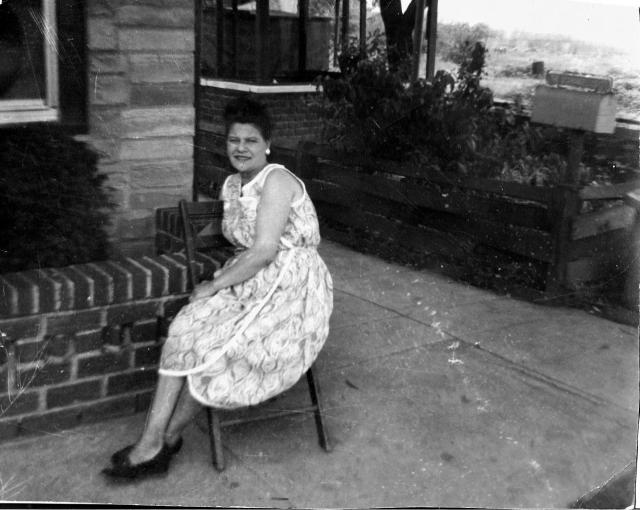 My father’s Confirmation photo – circa 1930

Mom and dad in front of our little house; circa 1960.  The ghost behind the glass is me.  My father was never the same after mom passes.  I can honestly say I don’t think he ever had another happy day.  He was gone less than seven years after mom died at age 56.  He suffered from emphysema and had oxygen in his apartment but continued to smoke.  He favored Kools because he said the menthol in the cigarette made him feel better.  He was felled by the flu in less than 24 hours.  I got a call at two in the morning from my youngest brother in January 1973 that poppa had died. 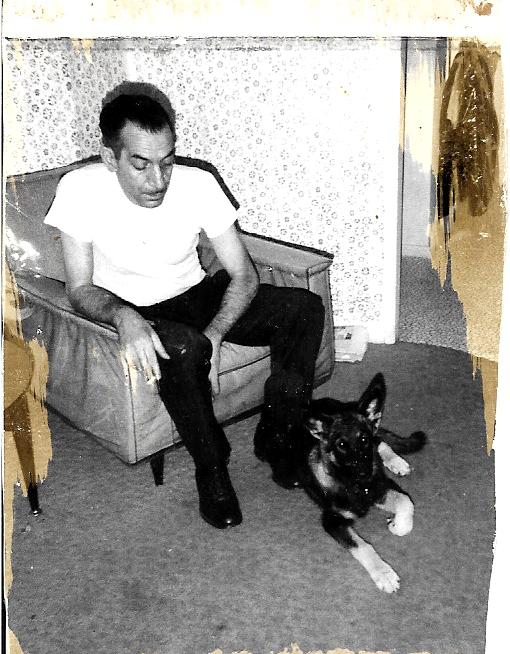 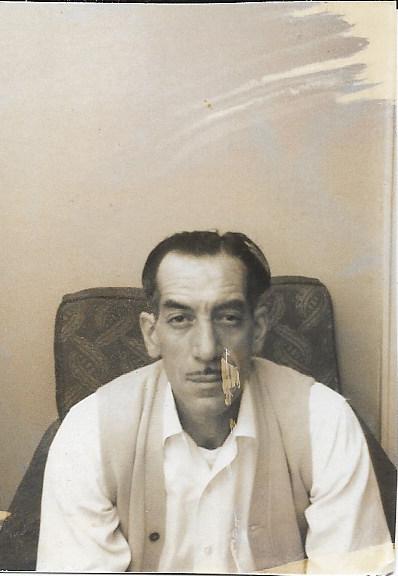 My last photo of my father