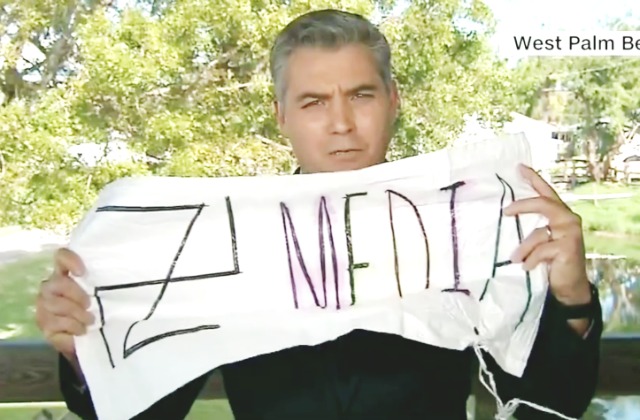 Well, America is rapidly rolling toward election day, now just a little over three weeks away.

During the last week, the Trump campaign has been a virtual train wreck with one disaster after another.  His chances of winning have collapsed to perhaps less than 1 in 10 as battleground state polls show Hillary in the lead.  Even “red” states like Utah are in play as Mormons abandon Trump in droves to vote for a traditional conservative independent candidate, Evan McMullin on the ballot there.

Much of the Republican hierarchy led by Senator John McCain and House Majority leader Paul Ryan have un-endorsed Trump after the sexual assault allegations against the candidate by a number of women after the release of the “locker room” tape last week.  There is concern among both Senate and House leadership over the damage Trump may be doing to the down ticket House and Senate races.

Unfortunately, the damage to our nation is done.  A Hillary victory will not repair it.

You don’t think the Donald or his supporters are going quietly away do you?

Nope.  Trump and his followers will not accept a Hillary victory and that’s when things will truly get chilling.

This week two armed men camped outside of a Democratic campaign office in Palmyra, Virginia.  Wearing their side arms legally under Virginia’s “Open Carry’ gun law they claimed there were there to protect potential Trump supporters from “crooked Hillary.” Now why they would think that there are closeted Trump supporters afraid to express their support for the GOP at a Democratic campaign office is beyond me.

It is clear they were there to intimidate, standing within several feet of unarmed Democratic officials and volunteers. And it’s merely a hint as to what could take place on Election Day and beyond, orchestrated by increasingly deranged Trump and his dedicated fanboys who will absolutely refuse to accept losing the election, especially when their candidate has brainwashed millions of devoted followers into believing he’ll deliver “so much winning.” Trump has pledged to not only defeat “Crooked Hillary,” but he’s promised to deliver his disciples to the promised land where women and minorities will be hastily returned to their 1950s second-class status, if not entirely disenfranchised or deported.

Lacking an unexpectedly stunning world event, it is very likely that Hillary will become the 45th President of the United States and New York Senator Chuck Schumer will become Senate majority leader.  This, among many things, will absolutely make Trump supporters lose their minds beginning Nov. 8.

“Already, Trump is suggesting that he might not concede the election to Clinton, due to what he’s been describing as a “rigged” system. Meanwhile, Trump’s get-out-the-vote strategy basically involves sending goon squads to polling places in order to make sure voters aren’t casting ballots “five times.” This week there’s been a bunker mentality surrounding the Trump campaign, as well as within the content of Trump’s increasingly maniacal addresses. His speeches now include fabricated warnings to his ignorant fans about the meddling of “international bankers” (read that: Jews), as well as Mexican billionaire Carlos Slim, who are collectively conspiring to steal the election from Trump and his people. It’s apocalyptic conspiracy theory territory, rearranged into Trump’s brand of red-faced, shrieking oratory.”

It’s this kind of clinically paranoid campaigning that’s de-evolved the popular support for Trump from funny and quaint to downright dangerous.  In order to feel like they’re carrying the Trump mantle his supporters have sucker-punched protesters; they’ve chanted “lock her up” in reference to both Clinton and now some of Trumps female accusers; and they’ve begun to harass Trump reporters to the point where the press pool assigned to Trump had to be escorted by cops in riot gear out of a recent Trump rally.  The media is now routinely met with resounding boos and Nazi swastika.

These folks will not accept a Clinton victory; they are prepared to take the White House by storm.  One supporter told Mike Pence last week that if Hillary wins “I am ready for revolution!”

Don’t be surprised if Trump does not concede the election no matter how badly he loses.  He will rouse his supporters and begin filing suits for re-counts in any state where he lost by 3-5 percentage points, demanding recounts.  He will claim the election was “rigged.”.  He will call his people out into the streets, armed in those states having open carry laws to demonstrate in front of state election headquarters, all in an effort to delegitimize a Clinton victory.

In addition to the physical confrontations will be a tsunami of unmitigated flailing rage on social media with one conspiracy theory after another popping up to explain how Hillary and Bill Clinton and the anti-Christ Barack Obama plotted with George Soros and Saul Alinsky (even though he died in 1972) to steal this election from the candidate the people wanted, Donald Trump.

Trump has managed to bring together disparate elements of what an American fascist movement might roughly look like.  He may not, in the end, be quite the right messenger for its development but don’t rule out the possible emergence of an even more formidable and threatening Trump-like figure, one unburdened by his clownish persona, Trump University, and the rest of his sexual assault baggage.

Welcome to Weimar America.  It’s going to be restive in the beer halls.  Do you doubt that any of these fanatics would gladly man the watch towers of the camps?

P.S. – talk of a rigged election already has some of his supporters publicly saying they won’t accept the result of Clinton wins the presidential election.

“If she’s in office, I hope we can start a coup. She should be in prison or shot. That’s how I feel about it,” Dan Bowman, a Trump supporter, told The Boston Globe last week. “We’re going to have a revolution and take them out of office if that’s what it takes. There’s going to be a lot of bloodshed. But that’s what it’s going to take. . . . I would do whatever I can for my country.” 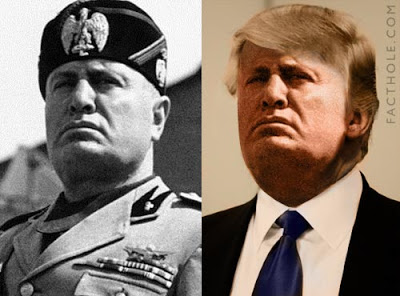