An Honor Guard for Haile Selassie 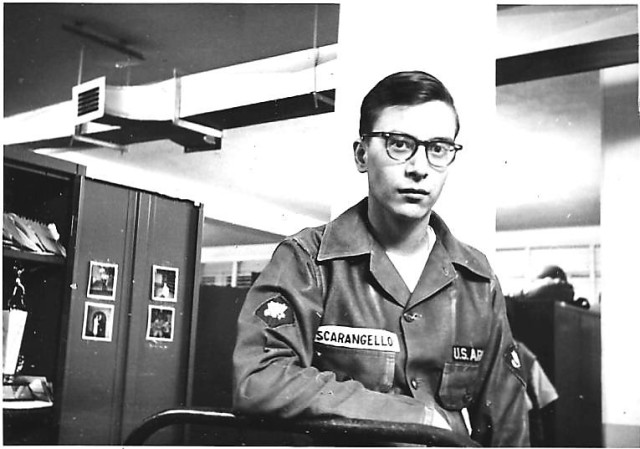 Once upon a time Toritto was a soldier; he spent four years of his life defending the nation against the evil empire.  He married his prom date some 5 weeks after entering the military and he and his new bride were separated for 18 of the next 24 months.

Most of you who read me know I was sent to the horn of Africa to what is now Eritrea but was then under U.N Mandate, ruled by Ethiopia.  Eritrea had been an Italian colony before the war –  part of Mussolini’s new Roman Empire.  And before the war Italy had used Eritrea as a base to attack and conquer Ethiopia in the Second Italo-Ethiopian War.

Haile Selassie had been the Emperor of Ethiopia back in the 1930s and had been forced to flee his country as Italy attacked with tanks, aircraft and poison gas.

He had dramatically appeared at the League of Nations to ask for it’s help.  He got none from the West.  Ethiopia was of no consequence and too far away.  No one even bothered embargoing war material to Italy.  Italians everywhere, including in the U.S. were joyous with Italy’s victory.

The American government, both Republicans in the 1920s and Democrats in the 30s, loved Mussolini.  He was after all anti-communist.  And the Democrats needed Italian American votes.  Fiorello LaGuardia attended a fund raiser at Madison Square Garden along with 20,000 others to raise money for the Italian Red Cross after the start of war in Abyssinia. Tammany Hall needed Italian votes and the fascist supporter Generoso Pope who owned the largest Italian language newspapers on the East Coast was a major LaGuardia contributor.  LaGuardia, dependent on Italian and Jewish votes always attacked Hitler; he never attacked Mussolini in public.

Roosevelt never condemned Italy’s attack on Abyssinia nor did he embargo vital war material notwithstanding the fact that most Americans abhorred the war of conquest.  Nor did Britain or France.  The ruling class in each country greatly admired Mussolini.

But now it was 1965 and Haile Selassie was again on the Ethiopian throne – “Direct descendant of Solomon and Sheba, King of Kings, the Conquering Lion of Judah, Emperor of Ethiopia.”  Mussolini was long dead.

And Toritto, an American Son of Italy was here as well at Kagnew Station in the Army Security Agency.  The A.S.A. doesn’t exist as an independent military unit anymore.”The Agency existed between 1945 and 1976 and was the successor to Army signal intelligence operations dating back to World War I. ASA was under the operational control of the Director of the National Security Agency, located at Fort Meade, Maryland; but had its own tactical commander at Headquarters, ASA, Arlington Hall Station, VA.

Besides intelligence gathering, it had responsibility for the security of Army communications and for electronic countermeasures operations. In 1977, the ASA was merged with the US Army’s Military Intelligence component to create the United States Army Intelligence and Security Command.

We liked to call ourselves “snoops”. Asmara was located on a plateau some 7,600 feet high and we could listen to everyone’s regional communications. The ASA had bases all over the world.

And we were in Ethiopia only with the blessing of the Emperor.

Once or twice every year Haile Selassie would come on to our base, filled with all kinds of top secret shit to show the troops that this indeed was Ethiopian territory and subject to Ethiopian sovereignty.

Now it was late 1965 and Toritto was getting “short” – I was leaving in January 1966 to return to the arms of my bride I hadn’t seen since May when I went home on leave, crossing between continents on an Air Force DC-3.

Out of the blue we were advised that the Emperor was coming to Asmara and would be calling on us.  Geez.

An Imperial visit ALWAYS meant lots of extra work on top of our normal schedule.  Since I was now a short timer I really wasn’t in the mood for the equivalent of a state visit.

Next Toritto gets a call from his Commanding Officer and reports as ordered.

“I want you to stand in the Guard of Honor for the Emperor”.

I must have had that look on my face which said I wasn’t pleased.

“You have performed well here Toritto and this should be considered an honor!”

“That will be all Specialist”.

Now what I didn’t know was the post had all kind of shiney things to wear so I didn’t have to shine up my own – boots that gleamed in the sun, shiney brass, chrome helmets, polished weapons.  They looked a hell of a lot better than I could ever produce.

I was to pick up the honor guard ornaments and return them when I was done.

A little practice with the other honor guard “honorees” and we were ready.

Haile Selassie came to post to honors and band music.  He reviewed us Honor Guard troops standing at attention.

He stopped in front of me – and looked at my name.

A name which couldn’t be mistaken for anything but Italian.

Then he looked me in the eye.  And I saw history.

I like to think we both knew what he was thinking.

The Emperor on an inspection tour of the barracks.  Better to be in the Honor Guard!

I was born during year four of the reign of Emperor Tiberius Claudius on the outskirts of the empire in Brooklyn. I married my high school sweetheart, the girl I took to the prom and we were together for forty years until her passing in 2004. We had four kids together and buried two together. I had a successful career in Corporate America (never got rich but made a living) and traveled the world. I am currently retired in the Tampa Bay metro area and live alone. One of my daughters is close by and one within a morning’s drive. They call their pops everyday. I try to write poetry (not very well), and about family. Occasionally I will try a historical piece relating to politics. :-)
View all posts by toritto →
This entry was posted in family and tagged Army Security Agency, Eritrea, Ethiopia, family history, haile selassie, history, honor guard, Italian, italo-ethiopian war, Kagnew Station, Mussolini. Bookmark the permalink.

10 Responses to An Honor Guard for Haile Selassie