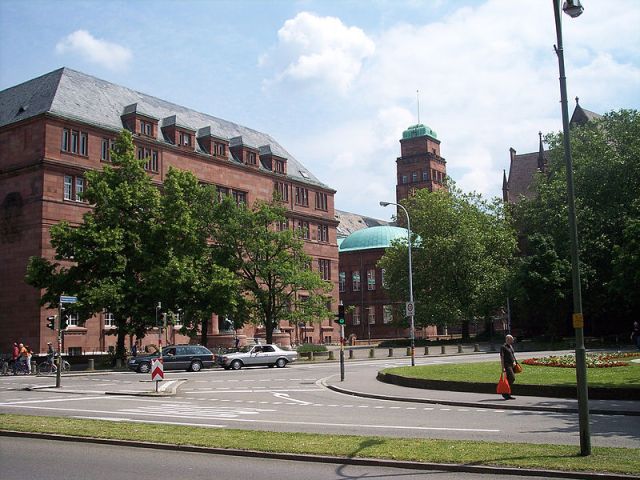 “They discourage young people who do not have a traditional academic family background from taking up study. It is a core task of politics to ensure that young women and men can study with a high quality standard free of charge”

Now who is this liberal, progressive, radical socialist, commie bastard who said that? Tell us so the Koch brothers can throw money at this insane idea!

Well sorry Koch brothers. The quote was by Dorothee Stapelfeldt, a Senator in Hamburg, Germany

Yes my sorry ass future wage slaves – Germany officially rid itself of college and university tuition for all it’s students – even foreign ones!

Now it’s not exactly that German students were carrying such a big load of high tuition bills anyway – institutions of higher education only started charging fees in 2006. While state governments then began to charge €1,000 in response to a constitutional court decision that collecting fees didn’t breach Germany’s commitment to universal post-secondary education, many began to pressure the academic institutions that eventually led to the scrapping of tuition fees.

“We got rid of tuition fees because we do not want higher education which depends on the wealth of the parents,” Gabrielle Heinen-Kjajic, the minister for science and culture in Lower Saxony, said in a statement.

I guess they don’t want to turn out wage slaves burdened with debt at 22 years old.

Imagine that! FREE college – in GERMANY!!

Free higher education is now a concept embraced by most of Europe with the noticeable exception of the U.K

Now why, in this land of the free, home of the brave, best country on earth, yadayadayada, can’t we do that here? We had it once – I went to a free university in New York City.

Well actually we can – without much fuss – if we had the political will.

High tuition fees in the U.S. have caused student loan debt, which stands at $1.2 trillion, to spiral out of control. It is now the second-highest form of consumer debt in the country.

“The U.S. as a whole could take a note from Germany and make public universities free with relative ease. The government spends around $69 billion subsidizing college education and another $107.4 billion on student loans. Tuition at all public universities comes to much less than that, around $62.6 billion in 2012. By restructuring the education budget, the cost of attending public universities could easily be brought down to zero. This would also put pressure on private universities to lower their cost in order to be more competitive.”

I mean what is the purpose of a “state” university if students in the state have to borrow exorbitant amounts of money to attend it?

“Germans see their economy as a social market economy, that is, one that combines a capitalist mode of production with the belief that society should protect all its members from economic and social need. Such protection is provided by a system of social insurance to which people contribute according to their incomes with the understanding that they may someday need its assistance. The belief that society is responsible for the well-being of its members is a key concept of German social policy.”

At least for now, learning German might be the best financial choice an American high school student can make.

Next thing you know those Europeans will be spouting that universal health care is a human right!  Oh wait – they already have that.

Munich is really nice this time of year!

I was born during year four of the reign of Emperor Tiberius Claudius on the outskirts of the empire in Brooklyn. I married my high school sweetheart, the girl I took to the prom and we were together for forty years until her passing in 2004. We had four kids together and buried two together. I had a successful career in Corporate America (never got rich but made a living) and traveled the world. I am currently retired in the Tampa Bay metro area and live alone. One of my daughters is close by and one within a morning’s drive. They call their pops everyday. I try to write poetry (not very well), and about family. Occasionally I will try a historical piece relating to politics. :-)
View all posts by toritto →
This entry was posted in Uncategorized and tagged cost, free higher education, free tuition, Germany, health care, social right, state colleges, student loans, wage slaves. Bookmark the permalink.