My Mother Used to Play Checkers

A note today from Alan Grayson, U.S House of Representatives 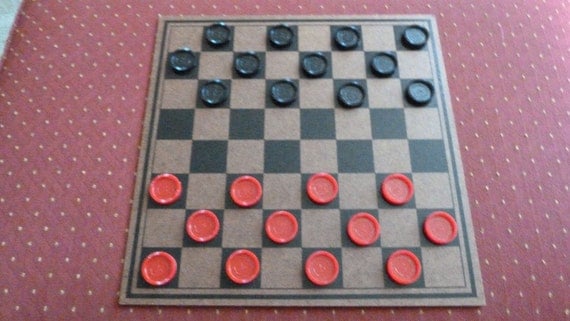 My mother was born in Canada. There’s no shame in that. If you don’t believe me, then just ask Ted Cruz’s two children.

There is a reason why my Mom was born in Canada. Her parents, my grandparents, were refugees from Eastern Europe. And America wouldn’t let them in. So they took a right turn, and ended up in Canada.

My Grandma had four siblings who were less fortunate. They had to stay where they were. They died in the Holocaust.

I’m sure that there were right-wingers in America back then  (they called them “nativists”) who said, “Don’t let the Sabins in — they might be terrorists. Or criminals. Or rapists.”

My Grandma was not a terrorist. She just needed somewhere to go, when it wasn’t safe for her to stay in Eastern Europe any more.

When I was a small boy, my Grandma taught me how to play checkers. And then she lost to me, over and over again, to show me the thrill of winning.

She was a good person. So was my Grandpa. But if Canada had turned them away, like the United States did, then they both would have died in the concentration camps, and I never would have been born.

Every one of those refugees from Syria is somebody’s daughter, somebody’s son. And if Life smiles on them, they might one day be somebody’s grandma, somebody’s grandpa. But only if they have a safe place to live. Otherwise, for them, it will be just ashes to ashes, dust to dust. The only question is whether there would be anyone left alive, to say whatever their version of Kaddish (the Jewish prayer for mourning) is for them.

I didn’t fret, brood, fuss or perseverate over that nasty anti-refugee vote last week. That one was as clear as day. You’d have to have a hard, hard heart to know that you have the power of life and death over thousands and thousands of people, and then consign them to death.

As the President noted, a three-year-old orphan is no threat to us. And — who knows? — maybe one day that orphan will have a grandchild who serves in Congress, and that Member of Congress will cast his vote in favor of compassion and peace.

May there be abundant peace from Heaven,
And good life,
Satisfaction, help, comfort, REFUGE,
Healing, redemption, forgiveness, atonement,
Relief and salvation,
For us and for all His people.

I was born during year four of the reign of Emperor Tiberius Claudius on the outskirts of the empire in Brooklyn. I married my high school sweetheart, the girl I took to the prom and we were together for forty years until her passing in 2004. We had four kids together and buried two together. I had a successful career in Corporate America (never got rich but made a living) and traveled the world. I am currently retired in the Tampa Bay metro area and live alone. One of my daughters is close by and one within a morning’s drive. They call their pops everyday. I try to write poetry (not very well), and about family. Occasionally I will try a historical piece relating to politics. :-)
View all posts by toritto →
This entry was posted in Uncategorized and tagged current events, holocaust, jewish refugees, Kaddish, last week's anti refugee vote, nativism, Rep. Alan Grayson, Syrian refugees. Bookmark the permalink.

4 Responses to My Mother Used to Play Checkers