Immokalee and the Fight for a Penny a Pound

In the southern part of Florida, maybe 30 or 35 miles from the money towns of Naples and Marco Island, sits another town, along “Alligator Alley”, where I-75, running south along the Gulf coast  turns left and makes a bee line across the Everglades toward Broward County and Ft. Lauderdale.

About 35 miles from the left turn stands Immokalee, Florida – according to Wiki 71% Hispanic, 19% African American and the rest a smattering of whites and native Americans.  It’s one of those Florida places where tourists never visit.

What Wiki doesn’t mention is that Immokalee sits in the middle of the nation’s largest tomato growing region, providing 90% of the country’s winter tomatoes.  It is the place the migrants know very well.

No group of workers is as vulnerable to abuse as migrant farm laborers. They are often forced to work grueling hours in tough conditions for meager pay.  And, as a report by Oxfam America and Farmworker Justice documents, wage theft, sexual harassment and other abuses are widespread.  In the past 15 years, there have been seven prosecutions for modern-day slavery in Florida alone.

It’s that vulnerability that makes the story of the Coalition of Immokalee Workers so inspiring. They’ve shown what can be accomplished when even the most marginalized workers band together to demand some basic human dignity.

And their work is beginning to help farm workers in other states.

Not too long ago crew leaders often badgered and screamed at the workers, pushing them to fill their 32-pound buckets ever faster.  For decades, the fields here have had a reputation for horrid conditions. Many migrant workers picked without rest breaks, even in 95-degree heat. Some women complained that crew leaders groped them or demanded sex in exchange for steady jobs.

But those abusive practices have all but disappeared,.  Many labor experts credit a tenacious group of tomato workers, who in recent years forged partnerships with giant restaurant companies like McDonald’s and Yum Brands (owner of Taco Bell, Pizza Hut and KFC) to improve conditions in the fields.

The Coalition of Immokalee Workers, forged in the late nineties decided to by pass the growers and the farmers association, who wouldn’t even meet with them,  and set their eyes on the major buyers of tomatoes.  The buyers eventually pressured growers to increase wages for their 30,000 workers and follow strict standards that mandate rest breaks and forbid sexual harassment and verbal abuse.

The incentive for growers to comply with what’s called the Fair Food Program is economically stark: The big companies have pledged to buy only from growers who follow the new standards, paying them an extra penny a pound, which goes directly to the pickers. The companies have also pledged to drop any suppliers that violate the standards.

So far, the agreements between retailers and growers have been limited to Florida’s tomato field but gaining the heft and reach of Walmart — which sells 20 percent of the nation’s fresh tomatoes year-round — may prove far more influential. To the applause of farm workers’ advocates, the retailer has agreed to extend the program’s standards and monitoring to its tomato suppliers in Georgia, South Carolina and Virginia and elsewhere on the Eastern Seaboard. Walmart officials say they also hope to apply the standards to apple orchards in Michigan and Washington and strawberry fields in many states.

“This is the best workplace-monitoring program I’ve seen in the U.S.,” said Janice R. Fine, a labor relations professor at Rutgers. “It can certainly be a model for agriculture across the U.S. If anybody is going to lead the way and teach people how it’s done, it’s them.”

Since the program’s inception, its system of inspections and decisions issued by a former judge has resulted in suspensions for several growers, including one that failed to adopt a payroll system to ensure pickers were paid for all the time they worked.

“When I first visited Immokalee, I heard appalling stories of abuse and modern slavery,” said Susan L. Marquis, dean of the Pardee RAND Graduate School, a public policy institution in Santa Monica, Calif. “But now the tomato fields in Immokalee are probably the best working environment in American agriculture. In the past three years, they’ve gone from being the worst to the best.”

Amassing all these company partnerships took time. The workers’ coalition organized a four-year boycott of Taco Bell to get its parent company, Yum Brands, to agree in 2005 to pay an extra penny a pound for tomatoes, helping increase workers’ wages. In 2007 the coalition sponsored a march to Burger King’s headquarters in Miami, pushing that company to join the effort. Whole Foods, Trader Joe’s, Chipotle and Subway have also signed on.

Perhaps the coalition’s biggest success is luring Walmart, which joined the program in January 2014 without a fight.

“The Fair Food Program’s standards go far beyond what state or federal law requires, mandating shade tents so that workers who request a rest break can escape the hot Florida sun.  Growers must clock in workers as soon as they are bused to the fields rather than allow them to wait around “till the dew dries” without paying them.

Every farm must have a health and safety committee with workers’ representatives, and there is a 24-hour hot line that workers can call, with a Spanish-speaking investigator.

Under the program, most tomato pickers receive an extra $60 to $80 a week because of the penny-a-pound premium. That means a 20 to 35 percent weekly pay increase for these workers, who average about $8.75 an hour. The extra penny a pound means that participating companies together pay an additional $4 million a year for tomatoes.

The coalition was one of the nation’s first worker centers dedicated to aiding migrants. It has since grown steadily, to 4,500 members, and its tactics have become more sophisticated.  Last spring, a group of 100 workers and their supporters marched 200 miles from Immokalee to Lakeland, Fla., to press Publix Super Markets to join the program.   Publix is still resisting along with many super-market chains.

In late 2007, after McDonald’s signed on, the Florida Tomato Growers Exchange, an industry association, sought to scuttle the coalition’s efforts. It threatened growers with $100,000 fines if they cooperated with the coalition, stalling its efforts.

But the logjam was broken in 2010 when Pacific Tomato Growers — one of the nation’s biggest producers, with large operations in Florida — joined. Weeks later, Lipman, the nation’s largest tomato grower, also signed on, and eventually the Tomato Growers Exchange did, too.

This year Walmart representatives visited Arizona tomato growers and advised them to join up.  The Arizona crop rotted in the fields; all the pickers were in Florida and none of Arizona’s fine citizens were interested in picking tomatoes.

A former New York State judge, Laura Safer Espinoza, oversees the inspection apparatus, which interviews thousands of workers, audits payrolls and conducts in-depth interviews with farm managers. There is lengthy training for crew leaders and six of them were fired after her team investigated allegations of verbal abuse and sexual harassment.

Next will come a “Fair Food” label so that consumers who wish to can choose to buy tomatoes produced under the program.

Are these folks here legally?  Probably not.

But when you hear the likes of Trump and his “I’ll send ‘em all back!” bullshit be prepared to do without salads and veggies.  Seems Republicans, both growers and buyers, have no problem using them to make money.

If any of you out there want to pick tomatoes in Florida, there are positions available.  Experience has shown that, other than for the migrants, legal and illegal, there aren’t too many takers. 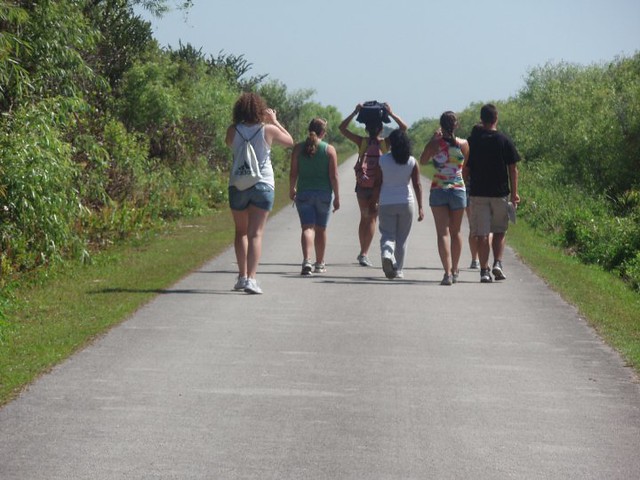 I was born during year four of the reign of Emperor Tiberius Claudius on the outskirts of the empire in Brooklyn. I married my high school sweetheart, the girl I took to the prom and we were together for forty years until her passing in 2004. We had four kids together and buried two together. I had a successful career in Corporate America (never got rich but made a living) and traveled the world. I am currently retired in the Tampa Bay metro area and live alone. One of my daughters is close by and one within a morning’s drive. They call their pops everyday. I try to write poetry (not very well), and about family. Occasionally I will try a historical piece relating to politics. :-)
View all posts by toritto →
This entry was posted in Uncategorized and tagged "illegals", a penny a pound, Coalition of Immokalee Workers, current events, exploitation, Fair Food, Florida, Immokalee Florida, migrants, picking, slavery, tomato, tomato retailers, Trump, Walmart, working conditions. Bookmark the permalink.