Kronstadt and the End of the Revolution

It was the first weeks of March, 1921 in the new Union of the Soviet Socialist Republics.

Kronstadt was and still is a naval fortress on an island in the Gulf of Finland. It served as headquarters of Russia’s Baltic Fleet during Tsarist times and was built to protect the aproach from the sea to St. Petersburg, some 30 miles away.  In 1921, St. Petersburg was called Petrograd, later to be changed to Leningrad and then back to St. Petersburg.

The Kronstadt sailors had been in the vanguard of the revolutionary events of 1905 and 1917. In 1917, the sailors again joined revolutionary forces and fired upon the Winter Palace from battleships at sea. Trotsky called them the “pride and glory of the Russian Revolution.” The inhabitants of Kronstadt had been early supporters and practitioners of soviet power, forming a free commune in 1917 which was relatively independent of the authorities. In the words of Israel Getzler, an expert on Kronstadt:

“it was in its commune-like self-government that Red Kronstadt really came into its own, realizing the radical, democratic and egalitarian aspirations of its garrison and working people, their insatiable appetite for social recognition, political activity and public debate, their pent up yearning for education, integration and community. Almost overnight, the ship’s crews, the naval and military units and the workers created and practiced a direct democracy of base assemblies and committees.”

In the center of the fortress an enormous public square served as a popular forum holding as many as 30,000 persons.

The Russian civil war had come to a virtual close at the end of 1920 with Trotsky’s Red Army defeating the “whites”. Foreign forces from the major European powers and the United States opposed to the revolution were being withdrawn.

The victory came at a high cost. Since 1917 the country had lived under “war communism” – forced conscription, often at the point of a gun and hostage taking of family members, grain requisition for the military, near starvation for those in major cities, the banning of strikes.

Peasant uprisings broke out in 1921 as well as a near general strike in Petrograd sparked by the reduction of bread rations by one third over a 10 day period.

The Kronstadt Soviet sent several delegates to Petrograd and reported back – the sailors should support the strikers, facing heavy handed suppression at the hands of the Bolsheviks. The Soviets under Bolshevik control were not responding to the needs of the workers and peasants – they were oppressing them in the name of maintaining state power.

“All power to the Soviets! Not to the parties!”

The crews of the battleships Petropavlovsk and Sevastopol held an emergency meeting, which approved a resolution raising 15 demands which included new free elections to the soviets by secret ballot, freedom of speech, press, assembly and organization for workers, peasants, anarchists and left-socialists. Like the Petrograd workers, the Kronstadt sailors also demanded the equalization of wages and the end of roadblock detachments restricting travel and the ability of workers to bring food into the city.

The very heroes of the Revolution which had put the Bolsheviks in power came out against them supporting the original ideals of the revolution. At a meeting on March 1 in the great square, some 15,000 people voted to support the resolution – only 2 Bolsheviks spoke against it.

A five-person “Provisional Revolutionary Committee” (later enlarged to 15 members two days later) was established. This committee was charged with organising the defence of Kronstadt under the leadership of Stephan Petrichenko, an anarcho-syndicalist. Lenin responded the same day with an ultimatum – lay down your arms. He also accused the Kronstadt committee of being under the influence of foreigners and right wingers – primarily French intelligence and the “S.R.” – social revolutionaries, meaning the Menshiviks of the deposed Kerensky government as well as Tsarists.

“The Kronstadt revolt was a non-violent one, but from the start the attitude of the authorities was not one of negotiation but of delivering an ultimatum: either come to your senses or suffer the consequences. Indeed, the Bolsheviks issued the threat that they would shoot the rebels “like partridges” and took the families of the sailors hostage in Petrograd. Towards the end of the revolt Trotsky sanctioned the use of chemical warfare against the rebels and if they had not been crushed, a gas attack would have been carried out.”

There were possible means for a peaceful resolution of the conflict. On March 5th, two days before the bombardment of Kronstadt had begun, anarchists led by Emma Goldman and Alexander Berkman offered themselves as intermediates to facilitate negotiations between the rebels and the government. This was ignored by the Bolsheviks.

As Alexander Berkman noted, the Communist government would “make no concessions to the proletariat, while at the same time they were offering to compromise with the capitalists of Europe and America.” While happy to negotiate and compromise with foreign governments, they treated the workers and peasants of Kronstadt (and the rest of Russia) as the class enemy. 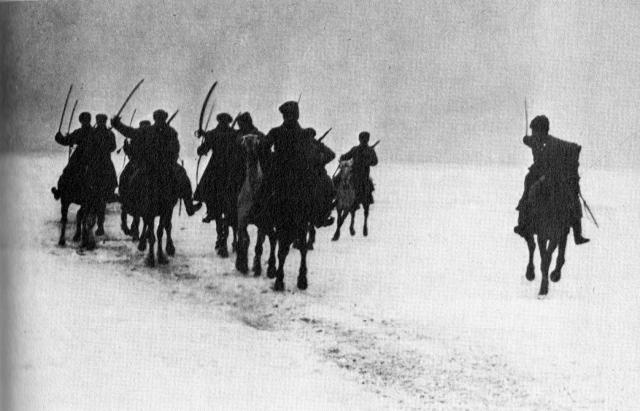 After 10 days of constant attacks the Kronstadt revolt was crushed by the Red Army under the command of General (later Marshal) Mikhail Turkachevsky. The communists had to force their own soldiers to fight, executing 74 as “instigators of compromise” for urging a delegation be sent to the sailors for discussions and negotiations.

The Soviet forces suffered over 10,000 casualties storming Kronstadt. There are no reliable figures for the rebels losses or how many were later shot by the Cheka or sent to prison camps.

Eight thousand sailors, soldiers and civilians escaped over the ice to Finland including Petrichenko. The crews of the Petropavlovsk and Sevastopol fought to the bitter end, as did the cadets.

Kronstadt was a popular uprising from below by the same sailors, soldiers and workers that made the 1917 October revolution.  Those who thought they had saved the revolution by crushing Kronstadt would learn otherwise.

Leon Trotsky would be assassinated on Stalin’s orders in Mexico City. His remaining family still in the USSR were arrested and executed as well. Marshal Turkachevsky would be shot by Stalin after a sham trial. His wife and two brothers were also shot. His reputation was rehabilitated after the rise of Nikita Khruschev.

Petrichenko, leader of the revolt stayed in Finland until 1944; Finland was at war again with the USSR and thus fighting on the side of Germany. Petrichenko was deported back to the USSR, was arrested and died in prison shortly thereafter.

Lenin stated that Kronstadt “lit up reality like a lightning flash”. Against this background of discontent, Lenin concluded that world revolution was not imminent and proceeded in the spring of 1921 to replace the War Communism with his New Economic Policy.

Emma Goldman and her companion Alexander Berkman would leave the Soviet Union knowing the revolution had been lost. They would settle in Canada, having already been deported from the United States by J. Edgar Hoover, who came down to the dock to see them sail.

“ Bourgeois dictatorship is replaced by the “dictatorship of the proletariat”—or by that of its “advance guard,” the Communist Party. Lenin takes the seat of the Romanovs, the Imperial Cabinet is rechristened Soviet of People’s Commissars, Trotsky is appointed Minister of War, and a laborer becomes the Military Governor General of Moscow. That is, in essence, the Bolshevik conception of revolution, as translated into actual practice.”

“The STATE IDEA, the authoritarian principle, has been proven bankrupt by the experience of the Russian Revolution.” Emma G.

I was born during year four of the reign of Emperor Tiberius Claudius on the outskirts of the empire in Brooklyn. I married my high school sweetheart, the girl I took to the prom and we were together for forty years until her passing in 2004. We had four kids together and buried two together. I had a successful career in Corporate America (never got rich but made a living) and traveled the world. I am currently retired in the Tampa Bay metro area and live alone. One of my daughters is close by and one within a morning’s drive. They call their pops everyday. I try to write poetry (not very well), and about family. Occasionally I will try a historical piece relating to politics. :-)
View all posts by toritto →
This entry was posted in history and tagged Alexander Berkman, anarchists, emma goldman, end of the revolution, history, Kronstadt demands, Kronstadt revolt, Kronstadt sailors, Lenin, Marshal Turkachevsky, New Economic Polity, russia, Russian civil war, Soviet Union, Stephan Petrichenko, syndicalists, Trotsky, War Communism. Bookmark the permalink.

14 Responses to Kronstadt and the End of the Revolution