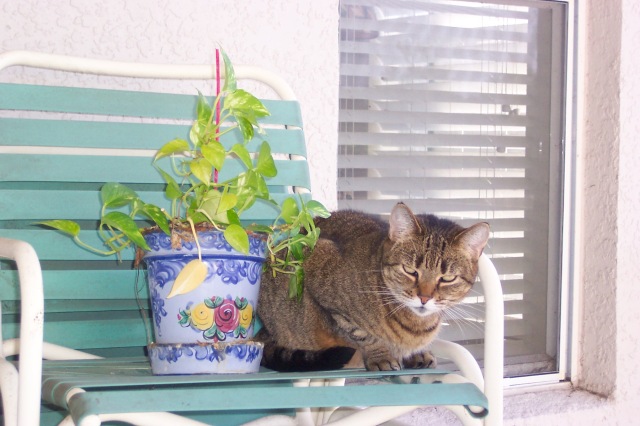 The Plant and the Cat.  She’s gone.  It’s still here

We are living in our new home on Wandering Way in southeast Charlotte, North Carolina waiting for a baby due this month.

We already had two children but we had no idea how other people had healthy babies. Our first son, Daniel died after 9 days from severe birth defects. Our second, Michael was two years old and was profoundly disabled.

We weren’t planning on a third child but there we were. We were worried. Our OB/GYN was a fine southern man, a physician who came highly recommended, who gave us all the support and time that we needed. He had promised us he would do all the tests and would tell us if anything was wrong. He truly gave us his best efforts. Everything seemed fine; we were having a girl.

Two weeks later, on one of the coldest days in Charlotte history, a day in the single digits, our girl came into the world. She was perfect. Her daddy would spend evenings dancing with his giggling baby girl to the tune of Hall and Oates’ “Rich Girl”, although she wasn’t.

Several months later a childhood friend of mine visited us in Charlotte. Our two mom’s had been best friends, lived in the same apartment building and bathed us together as infants.

He brought three gifts; a gift for our baby girl, the first box of Godiva Chocolate we had ever tasted and a house plant for our home.

Now I don’t know much about magic plants. The years went by, our girl grew up, outgrew the baby gift, went to college, law school, married. We ate the chocolate. The plant still lives.

It sits now on a table in my lanai under the Florida sun after living on window sills and kitchen tables in North Carolina, Rhode Island, Baltimore, New Jersey and now here.

It outlived Michael who passed in 1985. It outlived the chocolate poodle Maurice, thewire-haired  dachshund Millie, outlived Trixie the street cat. Out lived my wife. I no longer have a doubt it will outlive me.

Having no green thumb I do nothing for it. I water it when I remember; take it in if there is a hard freeze warning; never fertilize it; never changed the soil. I’ll clip it back maybe once a year. Other wise it just sits there, watching the world go by.

I don’t even know what it is.

I was born during year four of the reign of Emperor Tiberius Claudius on the outskirts of the empire in Brooklyn. I married my high school sweetheart, the girl I took to the prom and we were together for forty years until her passing in 2004. We had four kids together and buried two together. I had a successful career in Corporate America (never got rich but made a living) and traveled the world. I am currently retired in the Tampa Bay metro area and live alone. One of my daughters is close by and one within a morning’s drive. They call their pops everyday. I try to write poetry (not very well), and about family. Occasionally I will try a historical piece relating to politics. :-)
View all posts by toritto →
This entry was posted in family. Bookmark the permalink.