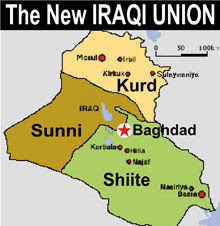 Several months ago, ISIL, the Islamic State of Iraq and the Levant, announced it’s intention to do away with the borders of the modern Middle-East. It already controls territory spanning the “border” between Iraq and Syria. “Levant”, a more accurate translation of the Arabic “Al Sham” also includes Lebanon, Jordan and the old “Trans Jordan”, now Israel and the Palestinian territory. ISIL considers these lands as Sunni patrimony.

The barbarous tactics of ISIL are reprehensible but do they have a legitimate grievance against the colonial borders originally drawn by Britain and France with blatant disregard for the local population?

The 1916 Sykes-Picot Agreement is a flash-point for Arab resentment. It divided Ottoman Asia into British and French zones of influence. Britain was assigned the Baghdad and Basra districts — Iraq, the West Bank and Palestine.  Modern day Syria and Lebanon were given to France.

Britain wished to maintain continued access to the oil fields of the region; also the area lay on the road to British India.  France had built up a significant relations with the Levant, particularly Beirut, and carved Lebanon out of “Greater Syria” in order to protect it’s interests as well as safeguard the Maronite Christians.

The Treaty of Versailles redrew the map of the Habsburg empire and and the Ottoman state, creating the countries of the modern Middle-East. Iraq and Syria were artificial lines on a map.

The Sykes-Picot Agreement set the stage for today’s violent conflict in Iraq and the Levant. Syria and Lebanon were established, with their volatile mix of ethnic and religious groups. Sunnis became a minority in Iraq. Kurdistan was divided, making the Kurds, who number 40 million today, the largest stateless people in the world. Surely if 3 million Palestinians deserve a state so do 40 million Kurds.

Versailles did not address the concerns of the Kurds. The Kurdish delegation rejected being part of Turkey and objected to the partition of “Kurdistan” into British and French zones in Iraq and Syria.  Remember when the Kurds were on our “terrorist” list?

The Treaty of Sevres in 1920 abolished the Ottoman state, reduced Turkey to one third it’s former size and promised the Kurds a referendum in 6 months on the independence question. Kemal Ataturk, who took over after the last Ottoman Sultan, rejected Sevres and initiated the Turkish war for independence. He drove the Greek armies from western Anatolia, burned Smyrna to the ground and attacked the French in Syria. Britain mobilized Arab tribes to stop Ataturk from entering British controlled areas.

Meanwhile Paris entered into secret negotiations with Turkey resulting in the Treaty of Lausanne;

“Turkey surrendered its claims to former Arab provinces, but was awarded a large part of northern Syria including Kurdish lands. With support from the League of Nations, Britain kept the oil-rich regions of Iraq including Mosul and the oil fields of Kirkuk. Lausanne conspicuously omitted references to “Kurds” or “Kurdistan.” From Lausanne onward, the Kurdish issue became an issue of a minority rights in Turkey, Iran, Iraq, and Syria.”

ISIL is rightly aggrieved by the arbitrary division of Arab tribes during the early 20th century – yet with the formalizing of national borders after World War II there is no process by which to change them. Nations can only break up if the government in power is amenable to a vote – a la Czechoslovakia or Great Britain.

Iraq of course will have none of it.

Iraq’s problem has always been too much Shia power in Baghdad. Decentralization to address local concerns would reduce the appeal of ISIS.  “Iraqis need to get together for historical dialogue about state-formation in Iraq, which pits Shiites against Sunnis, and rendered Kurds a captive nation.”

Meanwhile, ISIL longs to recreate the Ottoman state – a vast Sunni desert heartland with no borders, united by religion and language. The Ottoman state suffered the division of language – Turkish speakers vs. Arabic speakers.  And the Ottomans weren’t Wahabists.

The Turkish Sultan got tired of being told by the Sauds and their Wahabist followers that they weren’t Muslim enough. The Ottomans drove the Wahabists into the desert, took a Saud leader back to Istanbul and hideously executed him as a lesson to others. The Wahabists didn’t come out of the woodwork again until the fall of the Ottoman state when, allied with the Sauds (who were allied with Britain and the West), they conquered the tribes of Saudi Arabia.

ISIL seeks the Caliphate – leadership of all Sunni Muslims. They are a direct threat to the Saudi and Gulf royal families as well as a threat to Turks and Kurds and Shiites. Yet I don’t see any nation in the neighborhood giving more than lip service to U. S. bombing. The Kurds are fighting for their lives and thousands have fled to Turkey which is taking them in and has actually been voicing support for a Kurdistan – in Iraq but not in Turkish territory.

No Iranian planes are bombing ISIL. Even Russia, which supports Assad has not yet threatened a show of force.

In the West we have heard only lip service – no one, including ourselves has made a commitment to ground forces.

We made this mess – us and our neo-con myths of a terrorist cell behind every bush.  The boot was kept on the throat of radical Islam by the Arab secular nationalists whom the West has attacked and destroyed, beginning with Nasserism, followed by Saddam, Ghadaffi and now Assad.  Yes, they were dictators but what they had in common was a desire to control their country’s resources – the Suez Canal, oil and gas. They had a desire for modernization; a desire not to live in the 12th century.

We have left these countries in ruins and out of the rubble emerged ISIL, fighting us with our own weapons. We should not intrude in 1,300 year old squabbles and grievances – it is for the countries in the neighborhood to decide who controls which block. Of course we won’t do that. We will involve ourselves in yet another war which we cannot win.  We will talk only to our lackeys, never to the “terrorists”.

We supported elections in Egypt until the “wrong” party won – then we supported the ouster by the military.  Does anyone believe that el-Sissi came to power without tacit U.S. approval?  He has led a brutal crackdown on the Muslim Brotherhood while drawing condemnation from the West.  He has shrugged it off – “Why are you so surprised by the rise of ISIL?. More than a year ago, I warned that the region was heading to great danger from extremist thought,” he said. “It didn’t receive proper attention until the events in Iraq took place and the Islamic State swept over the Iraqi-Syrian borders.”  I will give all the support you need – but not ground troops.

Nobody thinks Iraqis can defeat ISIL without ground support.  Including me.  But hey what do I know?  I’m just an old man living in Florida.  And I worked so hard for a progressive President.  I won’t make that same mistake again.

P.S. – It has been reported this evening that the United States has commenced air strikes against ISIL targets in Syria.

I was born during year four of the reign of Emperor Tiberius Claudius on the outskirts of the empire in Brooklyn. I married my high school sweetheart, the girl I took to the prom and we were together for forty years until her passing in 2004. We had four kids together and buried two together. I had a successful career in Corporate America (never got rich but made a living) and traveled the world. I am currently retired in the Tampa Bay metro area and live alone. One of my daughters is close by and one within a morning’s drive. They call their pops everyday. I try to write poetry (not very well), and about family. Occasionally I will try a historical piece relating to politics. :-)
View all posts by toritto →
This entry was posted in Uncategorized and tagged Gulf states, Iraq, ISIL, isis, Islamic State, Jordan, Kurdistan, Kurds, Lebanon, national borders, Ottoman state, Ottomans, Palestine, Saoudi Arabia, Sauds, Shia, Sunni, Sykes Picot Agreement, syria, Trans-Jordan, Treaty of Lausanne, upcoming war, Versailles, Wahabists, world war II. Bookmark the permalink.

9 Responses to ISIL and Sykes-Picot