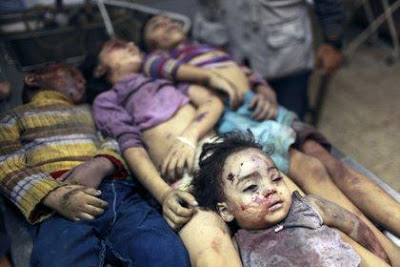 Their father always looked his best
on market day in Gaza town
selling fruit and nuts and all the rest
until they came on market day.

The children three no longer play
the jumping game out in the street
the children were just blown away
In Gaza town on market day.

I was born during year four of the reign of Emperor Tiberius Claudius on the outskirts of the empire in Brooklyn. I married my high school sweetheart, the girl I took to the prom and we were together for forty years until her passing in 2004. We had four kids together and buried two together. I had a successful career in Corporate America (never got rich but made a living) and traveled the world. I am currently retired in the Tampa Bay metro area and live alone. One of my daughters is close by and one within a morning’s drive. They call their pops everyday. I try to write poetry (not very well), and about family. Occasionally I will try a historical piece relating to politics. :-)
View all posts by toritto →
This entry was posted in Poetry and tagged child killings, eye for eye, Gaza, innocent, Israeli incursion, oppression, Palestine, poetry, resistance, tooth for tooth. Bookmark the permalink.