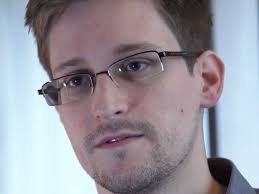 This morning I was out on the lanai nursing my second cup of joe, musing about such things; recalling Sergeant Schultz of Hogan’s Heroes.  “I know nothing! I was not even here!”

Most Germans claimed ignorance of the rampant butchery and genocide immediately after the war.   “We were lied to; we didn’t know what was going on in the camp”;  camps sometimes within walking distance of the towns bearing their names, chimneys spouting human smoke.

“Since the conquest of Poland three hundred thousand Jews have been murdered in this country in the most bestial way. The German people slumber on in their dull, stupid sleep and encourage these fascist criminals.  Each man wants to be exonerated of a guilt of this kind, each one continues on his way with the most placid, the calmest conscience.  But he cannot be exonerated; he is guilty”

So when do a people resist?   We did it here in America during the Vietnam War – but after conscription was ended most of us went back to our couches and our lives. After all, the war didn’t affect us anymore.  Today war is for other people. War is for those who volunteer.

So what would it take to drive our people to protest? How much do the whistle blowers have to tell us before we do more than complain?  What will we have to be shown?

The sweeping up into the security state of the judiciary through the establishment of the secret FISA courts?  The ability of the government to break down your door tonight and take you away and hold you indefinitely without charges at a secret location – and probably water board you – based on “secret” information?  Shall we attack another country without just cause and without a vote in Congress?

Seems we care more about the “snitches” than we care about the truth of what they told us.

Suppose you saw a war crime with your own eyes? Warrant Officer Hugh Thompson did. He was piloting his helicopter at My Lai and saw the killing of women and children by Lt. Calley’s unit.  W/O Thompson landed his chopper and rescued Vietnamese still alive; he reported the massacre. The military couldn’t cover it up – because real war correspondents (not the in-bed kind) were on the scene, there were pictures, there were other soldiers who came forward and spoke of the killing of civilians.  The My Lai incident was fully covered by all major news and broadcast stations world wide; the pictures of the murdered civilians were first published not in the New York Times or the Washington Post;  they were published in the Cleveland Plain Dealer.  Times have certainly changed.

Today our media, when it mentions them at all,  seems a lot more interested in Ed Snowden and Chelsea Manning’s life, public and private, than it does  about investigating what they told us.  Perhaps the media knows something I don’t; something I find hard to fathom. Maybe the media already knows nobody gives a rat’s ass about what they told us so long as we can continue to sit on our asses and consume what we like.  Or perhaps the media is simply bought and paid for – or cowed.

We are becoming Sgt. Schultz – the “good German”.

So, what’s going on with Beyonce, JZ and Solange?

I was born during year four of the reign of Emperor Tiberius Claudius on the outskirts of the empire in Brooklyn. I married my high school sweetheart, the girl I took to the prom and we were together for forty years until her passing in 2004. We had four kids together and buried two together. I had a successful career in Corporate America (never got rich but made a living) and traveled the world. I am currently retired in the Tampa Bay metro area and live alone. One of my daughters is close by and one within a morning’s drive. They call their pops everyday. I try to write poetry (not very well), and about family. Occasionally I will try a historical piece relating to politics. :-)
View all posts by toritto →
This entry was posted in Uncategorized and tagged anti-nazis, Beyonce, chelsea manning, Christoph Probst, complacency, ed snowden, FISA, Gestapo, good Germans, Graf von Moltke, Hans Scholl, Hogan's Heroes, JZ, Kreisau circle, My Lai, NSA, Patriot Act, resistance, Sgt. Schultz, snitches, Society of the White Rose, Solange, sophie scholl, whistle blowers, Willi Graf. Bookmark the permalink.